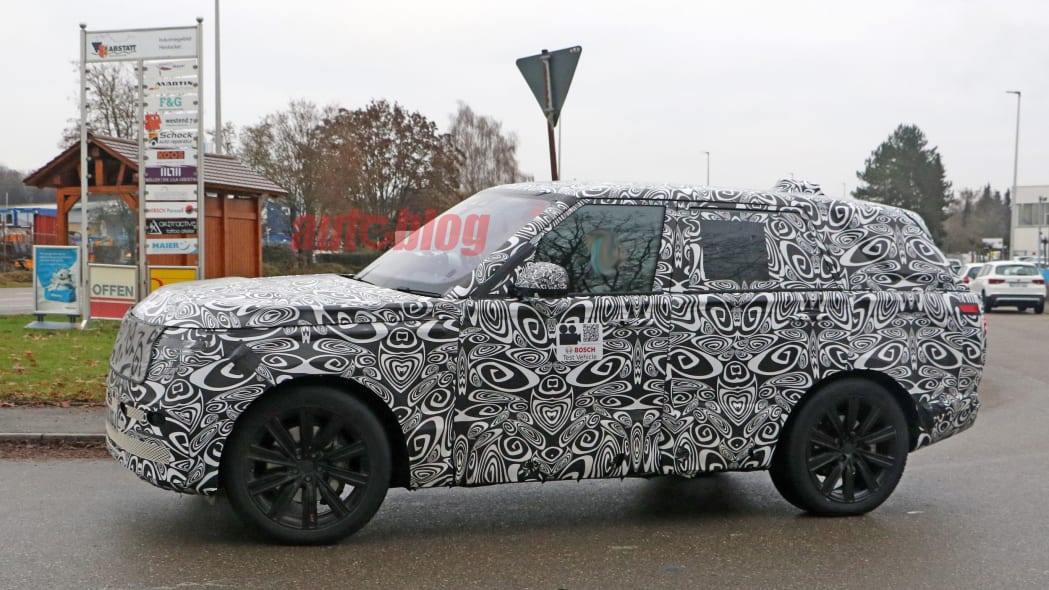 The next-generation of Land Rover's flagship Range Rover SUV has been spied in the wild yet again. 2020 was a year of slow-drip news on several new model fronts, but the upcoming Range Rover redesign has been one of the more egregious offenders in that regard. Here, we have a set of photos of the new luxury SUV where nothing — not even that goofy camo flap over the grille — appears all that different (outwardly anyway) from what we saw nearly a year ago.

But this time, we got a glimpse inside the Range Rover's overhauled cabin. This right-hand drive model still has quite a bit of tape and drapery disguising even its interior components, but there are a few things we can see for sure. The digital cluster returns, which is no surprise. If anything, we expect that might get a little bigger and crisper. The central infotainment display appears to have been stretched a bit, now reaching all the way to the heating and cooling vents above it and extending beyond the center stack on the passenger side for a floating, tablet-like effect that we've seen from many OEMs recently.

The steering wheel is also new, losing the rounded-off thumb controls flanking the airbag cover. It's difficult to say for certain based on these photos, but there also appears to be void space beneath the now-horizontally oriented center console control panel and gear selector surround, suggesting yet another floating element, likely with storage space underneath — a cue borrowed from the Evoque.

Some of the most significant expected changes to the next-generation Range Rover are all under the metal, including a new platform. This will be the first time the Range Rover has been underpinned by Jaguar Land Rover's new Modular Longitudinal Architecture (MLA), which has been developed with electrification in mind. Yeah, there's a more-than-decent chance the next generation of Range Rover models will feature hybrid and/or electric powertrains.

Other new powertrain options are also expected, and as we've noted previously, it's likely to be a V8 supplied by BMW. JLR has been exploring partnerships to share both vehicle architecture and powertrains — including electric — with other automakers; BMW's name has come up more than once.