The screen arms race is heating up 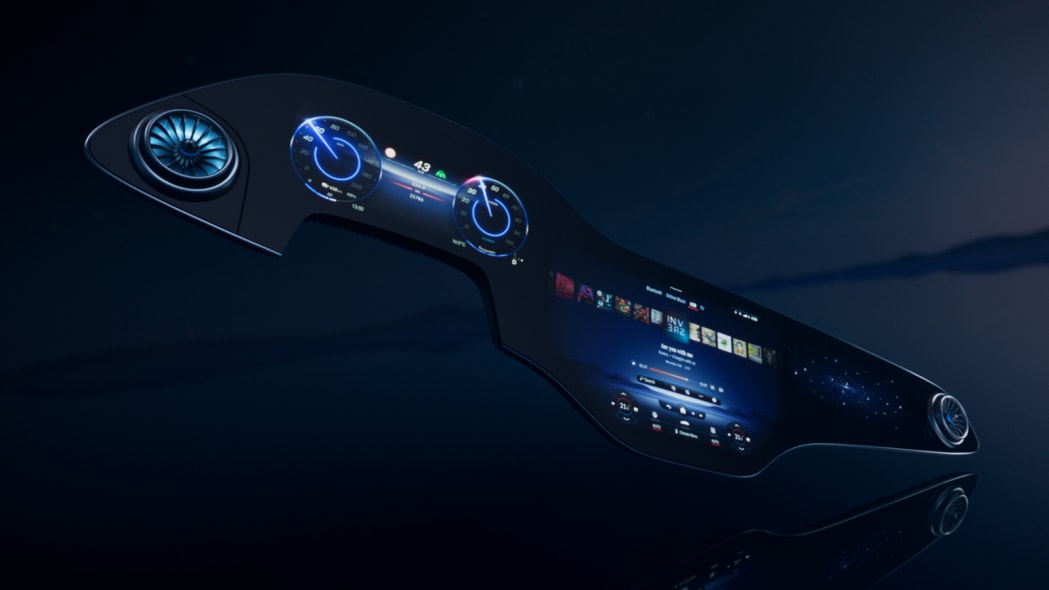 We knew from spy shots that the Mercedes-Benz EQS electric flagship sedan would have a seriously big infotainment screen. But what we saw was actually the small one. Ahead of the virtual Consumer Electronics Show, Mercedes-Benz has revealed the optional infotainment system called Hyperscreen, and as you can see, it's a lot.

Rather than having a big tablet screen in the center, the Hyperscreen tries to turn the entire dashboard into a screen. It's made up of what seems to be three individual displays under one curved panel measuring 56 inches wide and powered by an eight-core CPU with 24 gigabytes of RAM. The screens themselves are OLED units like what you'll find in the Cadillac Escalade, and they have haptic feedback actuators. In front of the driver is the instrument display, the main infotainment is in the center, and there's a third display in front of the passenger, not unlike the layout shown in the Jeep Grand Wagoneer concept. This third display can either be a design accent or provide entertainment for the passenger.

While the screens are impressive, they're only part of the Hyperscreen package. Mercedes is also packing a new AI system designed to make navigating this continent of pixels easier. It's designed to learn your most frequently used functions and applications, as well as when and how you use them. It will then present and suggest these functions at said times. So if you call someone at a similar time of day, it will ask you at that time if you'd like to do so. If you activate certain climate and seat heating settings on cold days, it will suggest them.

Pricing has not been announced for the Hyperscreen, which is understandable since pricing for the car it's going in isn't available yet, either. And if you're not interested in having your dash become a giant screen, it seems the regular EQS will have a more modest offering.