This lifted prototype is also wearing a new spoiler 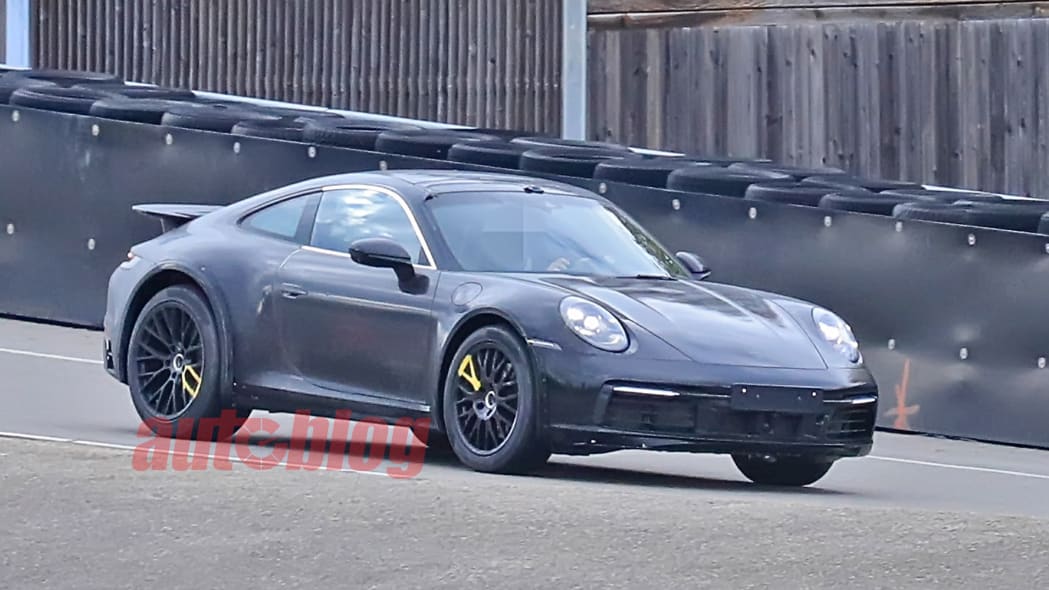 Spy photos of a new 911 prototype boasting a lift and a new spoiler design are re-igniting rumors that Porsche is working on a new rally-inspired Safari model.

We don't know much about this prototype apart from the fact that it boasts both an obvious lift and tires with conspicuously thick sidewalls. It's also wearing yet another unique spoiler design in a year already saturated with 911 prototypes defined by them. This new design seems to split the difference between the classic ducktail and whale tail spoilers that have adorned the rear-engined coupe over the decades.

It would be easy to dismiss a high-riding 911 prototype as a testbed for some for some other, not-yet-known model if it weren't for a couple of news items we discussed earlier in the year. For starters, renowned German tuner Gemballa is working on an overland-inspired 911, so the notion of a lifted variant of Porsche's icon is certainly on peoples' minds.

Second and more significant, Porsche teased the very idea just a month ago when it unleashed a torrent of information about previous prototypes and design studies, including 2012's 911 Vision Safari.

That 991-based prototype allegedly reached a relatively advanced stage of development and remains fully drivable. It received a lifted suspension, off-road tires tucked under flared wheel arches, beefier bumpers on both ends, and a stripped-down cabin with bucket seats, a full roll cage, and little in the way of creature comforts. This prototype was tested on the same gravel roads Porsche uses to put the Cayenne and the Macan through their paces.

We imagine a full-blown factory Safari model will come in a much more road-friendly guise, especially if Porsche wants to attract buyers who want a rugged look with good road manners, but a hardcore enthusiast variant built in the spirit of the track-oriented GT3 wouldn't be completely out of the question.