Stylists have been playing with colors and materials

Audi released a new variant of the TTS named Competition Plus that plays with colors and materials to put a greater focus on style. Both coupe and convertible models are eligible to receive the appearance package.

Offered in Chronos Gray, Glacier White, Tango Red, and Turbo Blue, the Competition Plus gains a selection of subtle design details that help it stand out from the standard TTS. Its 20-inch wheels are painted black, its brake calipers are red, and most of its exterior trim pieces are coated in black. Audi's logo appears on both sides, right in front of the rear wheels.

Inside, the seats are upholstered in black leather upholstery with Express Red or Ara Blue contrast stitching. Several other styling accents (including carbon fiber on the center console) are part of the package.

Power comes from a turbocharged, 2.0-liter four-cylinder engine that develops 320 horsepower and 295 pound-feet of torque. It spins all four wheels and uses a seven-speed dual-clutch automatic transmission. Enthusiasts who select the coupe can reach 62 mph from a stop in 4.5 seconds, while the convertible posts a 4.8-second time.

On sale now in select markets, the Audi TTS Competition Plus carries a base price of 61,000 euros (about $72,400) in its home country of Germany, though that figure includes a 19% sales tax. While it initially sounded like we'd get the package in the United States, Audi later confirmed it will not be sold on our shores. 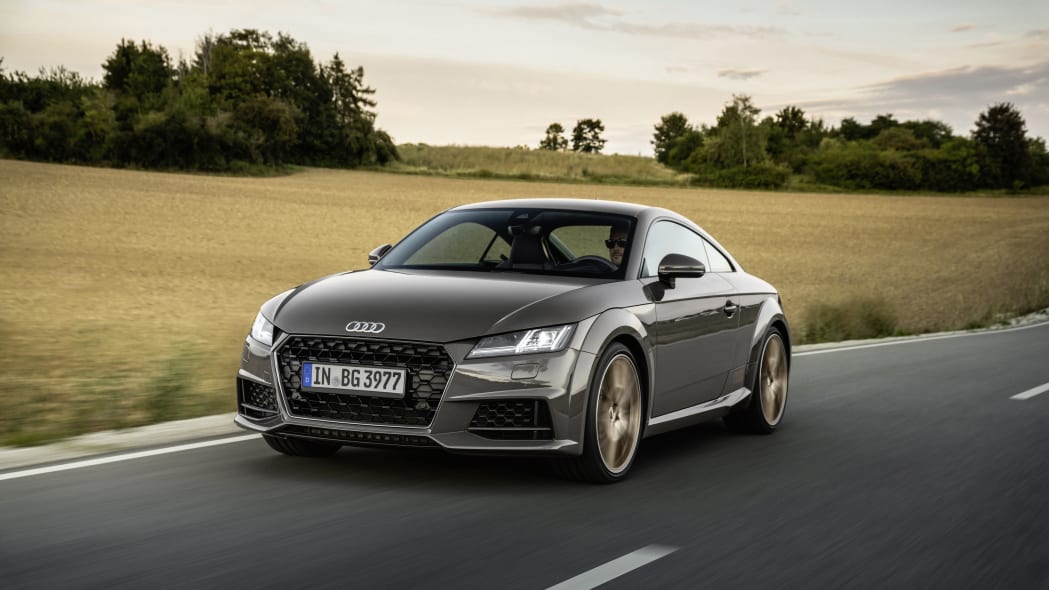 Audi detailed a separate appearance package named Bronze Selection (shown above) which will be available on the TT and the TTS during the second quarter of 2021. Created by Audi Sport, the firm's in-house performance division, it leaves the powertrain untouched but it adds bronze- and copper-colored trim pieces inside and out.