Ford took the SEMA concept online Thursday with a webcast highlighting some of its latest and greatest. With concepts based on the Bronco, Bronco Sport, updated F-150 and the new Ranger Tremor, Ford managed to make the best of 2020's unique environment with an interactive online debut. Let's dive in. 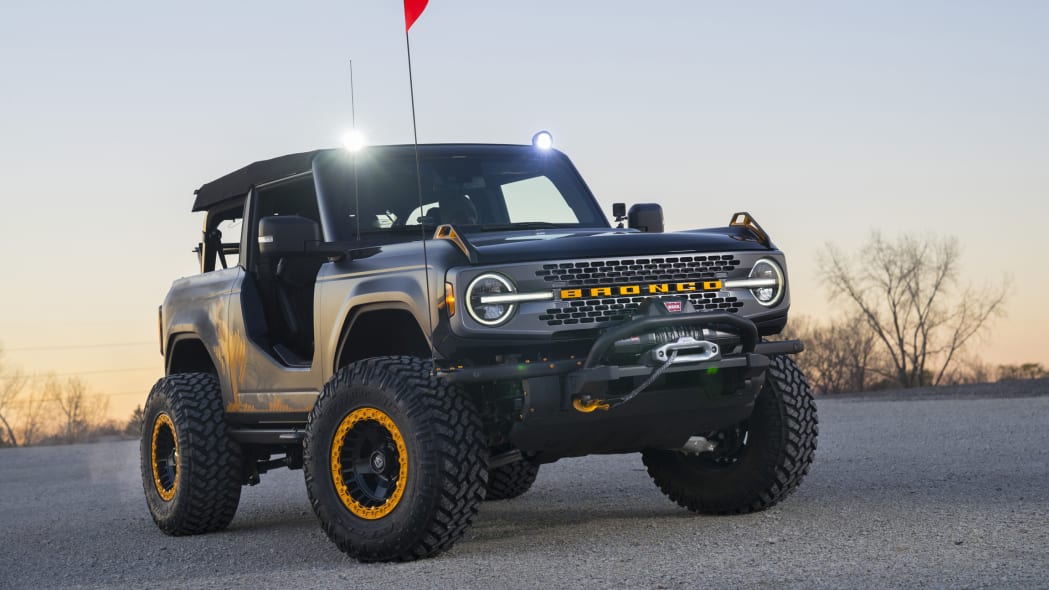 This concept highlights the modular body on Ford's new off-roader. This build is meant to demonstrate how easy it is to customize the Bronco, whether it's to permanently alter its looks and performance, or to gain a temporary edge for a weekend of particularly intense off-roading sandwiched between periods of everyday life. Most of the body parts on this concept were produced in-house by Ford, with the notable exceptions of the 4WP lift kit (2 inches) and some of the included accessories. 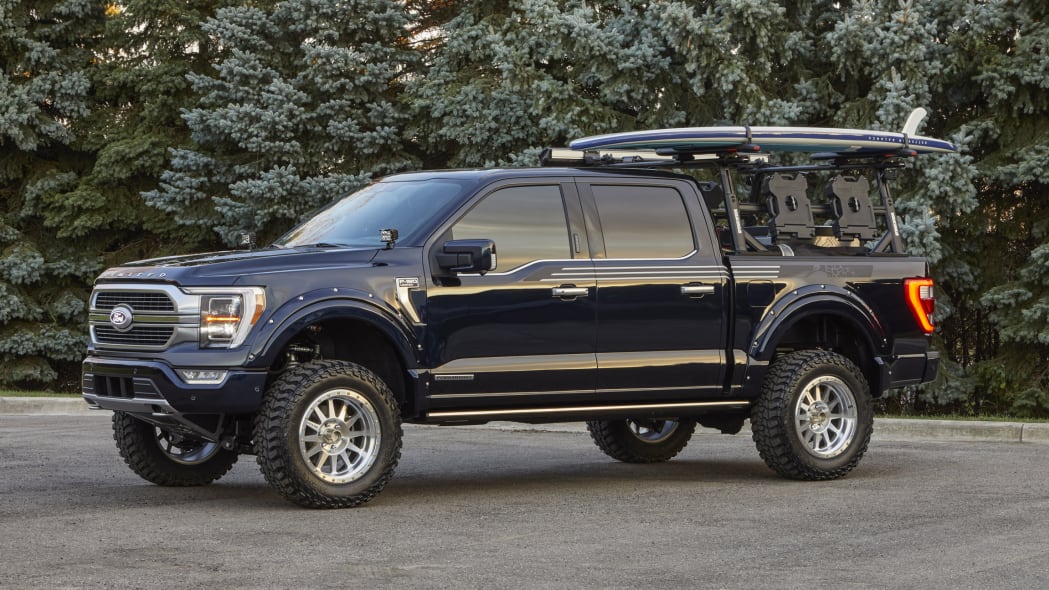 This build comes courtesy of Ford partner BDS Suspension. It highlights the versatility of the new F-150 Hybrid, shown here as both a foreman's day-to-day "office" and powering a weekend getaway.

"The work side of this truck takes advantage of the Pro Power Onboard system to power a mobile metal fabrication shop that can cut, grind, and weld in remote locations thanks to a BDS 4” lift system with FOX coilovers making room for 35” tires," Ford says. "This truck is easily converted for weekend recreational use, ready for camping, trail riding, and extended backcountry exploration taking advantage of the hybrid’s 700+ mile range. This 2021 F150 is ready for anything work or play." 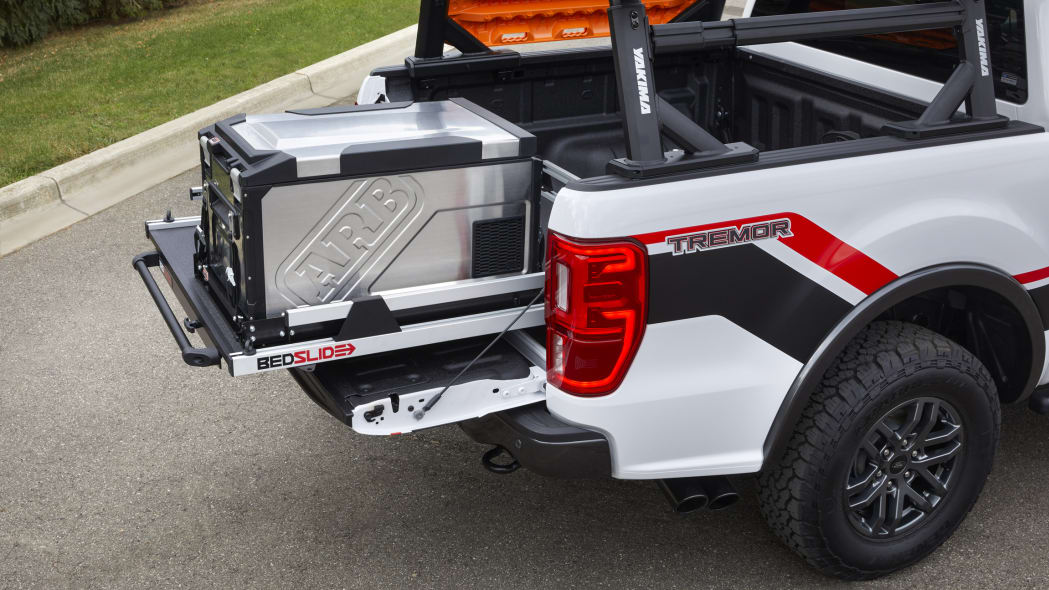 Even more so than the other concepts in this batch, this Ranger Tremor is very much a product of Ford Performance. While a few of the bolt-on bits are sourced from outside partners, this should be indicative of what a customer could drive home without having to open a third-party accessory catalog.

"This bespoke adventure truck features a selection of Ford Accessories and Ford Performance Parts that complement the Tremor’s incredible factory capability and enable adventure seekers to not only get to the most remote trailheads, but also carry a mountain bike, kayak, and all the gear needed for a day of hitting the trails and the lake," Ford says. 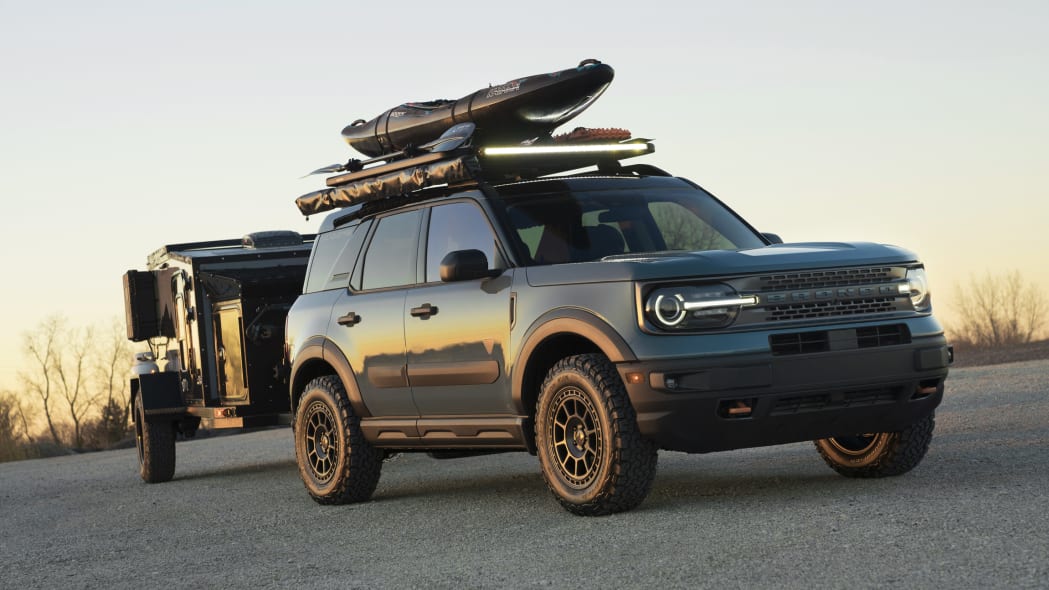 This Bronco Sport Badlands-based concept may look pretty much stock on the outside, but looks can be deceiving. This tasteful build features Fifteen52's Monoblock Traverse MX (17” x 8”) wheels, a Ford Performance/Borla cat-back exhaust, and quite a few more interior and exterior dress-up bits.

"To add to extended backcountry camping trips MAD teamed up with BOREAS Campers," Ford says. "The MXT model camper is designed to go anywhere with the Bronco Sport leading the way. Get ready and hold on."