It will build the P72 in the United States

De Tomaso is a truly international carmaker. It was founded by an Argentinian racing driver, it's ostensibly based in Italy, and it's owned by a Hong Kong-based group of investors. Now, it has announced the next leap in its geographical game of hopscotch will take it to America, and it brazenly claimed it will bring global glory back to our industry.

"We're deeply committed to returning America's automotive industry to its golden era of design, and to the treasured respect it earned between the 1920s and the 1960s," De Tomaso explained in a statement, one which firms like Scuderia Cameron Glickenhaus could reasonably disagree with. It added its main goal is to create opportunity rather than compete with established American carmakers. Not out of consideration for its peers in an economic landscape that looks like a minefield, but simply because it positions itself a cut above everyone else.

Executives have crafted a long-term strategic plan called Mission American Automotive Renaissance (AAR), which outlines the process De Tomaso will follow to relocate its core production, design and corporate facility to the United States. Where? It's too early to say, because talks with several state governments are ongoing.

An announcement is expected in the next six months. Meanwhile, engineers are continuing to fine-tune the P72 (pictured) developed jointly with Roush and introduced in 2019. It will be the first De Tomaso of the 2020s, and it will be built largely by hand in the state the company ends up calling home starting in the fourth quarter of 2022. 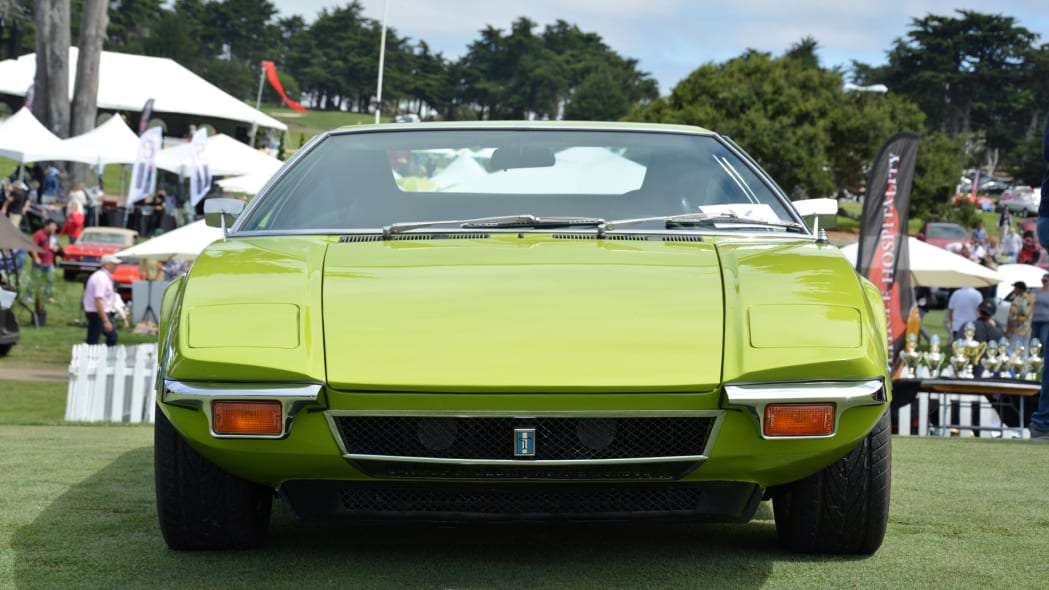 De Tomaso explained its decision to move to the United States was driven by the void it's seen over the past several decades. It also wants to help reduce the skills gap in American automotive design and craftsmanship. And yet, it also plans to form strategic partnerships with major automakers and suppliers in the United States.

Has the American industry really not built anything noteworthy since the 1960s? Is it doomed to the point where it needs a little-known company that hasn't manufactured a car in nearly two decades (and that has never developed its own engine) to step in and save it? Both of these rather off-color statements are debatable, but diving further into this matter would breach the scope of this story. We'll wait to see whether De Tomaso can keep its word, or if it enters the history book as yet another cash arsonist that speaks a great deal but does little.

De Tomaso's ties with the United States are decades-old. It sold the Pantera (shown above), a mid-engined coupe designed by Detroit-born stylist Tom Tjaarda and powered by a Ford-sourced V8, through Lincoln-Mercury showrooms between 1971 and 1974. About 5,600 units found a home in the United States before Ford pulled the plug on the project and sold its stake in the firm. Production continued without the Blue Oval's input until 1992.