What appeared to be a mid-engine mule in spy photos, isn't, BMW says

The BMW M8 prototype captured in spy photos at the Nürburgring earlier this week that appeared to be a mid-engine mule of some sort apparently isn't, at least if BMW is to be believed. German magazine Auto Motor Und Sport (h/t to Motor1) claims that BMW confirmed the existence of the mule, but said it is serving merely as a component test bed, and, importantly, is not mid-engine.

Now, we should note that it's highly unusual for a company to comment on the existence of a prototype, its purpose, or anything at all that hints at future, unannounced product, for that matter. So we're taking this dismissal with a grain of salt. However, it is entirely possible that BMW is being truthful.

While a combustion engine may not be sitting in the back of this mule, hybrid system components certainly could, and just like an ICE, an electric powertrain requires cooling. This would plausibly explain the window ventilation and the camouflage on the rear glass. BMW 8 Series performance PHEV, anybody? Still, if BMW is telling the truth, this means we're probably not looking at an early prototype for the rumored i8 successor based on the Vision M Next concept from Frankfurt, and that makes us a little sad.

We should also note that while this is obviously an 8 Series under all of the vinyl, the components being tested may not be intended for that particular model line. Basically, this is the long way 'round to saying that we still don't really know for sure what this prototype is, what it's testing, or where that equipment will eventually end up, but for now, it's certainly fun to speculate. And yes, the window louvers do make it look like a Mustang. We see you. 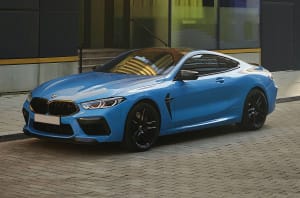 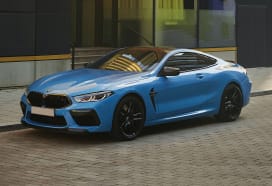