It's a new design meant to accommodate hybrid powertrains

Look! It’s a big hunk of carbon fiber! Specifically, it’s McLaren’s new hunk of carbon fiber, and it’s high tech to the max. McLaren says this new structure will be the basis of all hybrid supercars it produces in the future, with the first of those launching in 2021.

There’s no fancy name for the new architecture yet. “MonoCell” was McLaren’s name for the previous chassis, and it was introduced for the 12C many years ago. The new chassis is a clean sheet redesign that was designed “specifically to accommodate new hybrid powertrains.” McLaren developed it in-house at its Composites Technology Center. The chassis are molded and put together at this tech center, then transported 173 miles to McLaren’s production facility in Woking, Surrey. Once there, the rest of the vehicle is assembled around it.

McLaren boasts of “world-first processes” that allow them to strip out excess mass while also improving safety attributes, but specific details are still light on the ground.

“This new, ultra-lightweight carbon fibre chassis boasts greater structural integrity and higher levels of quality than ever before with our new MCTC facility quickly becoming recognized as a global center of excellence in composite materials science and manufacturing,” says Mike Flewitt, CEO of McLaren.

If you were curious about how McLaren goes about making the carbon fiber tub, it’s included a convenient flow chart to follow. We’ve pasted it below. 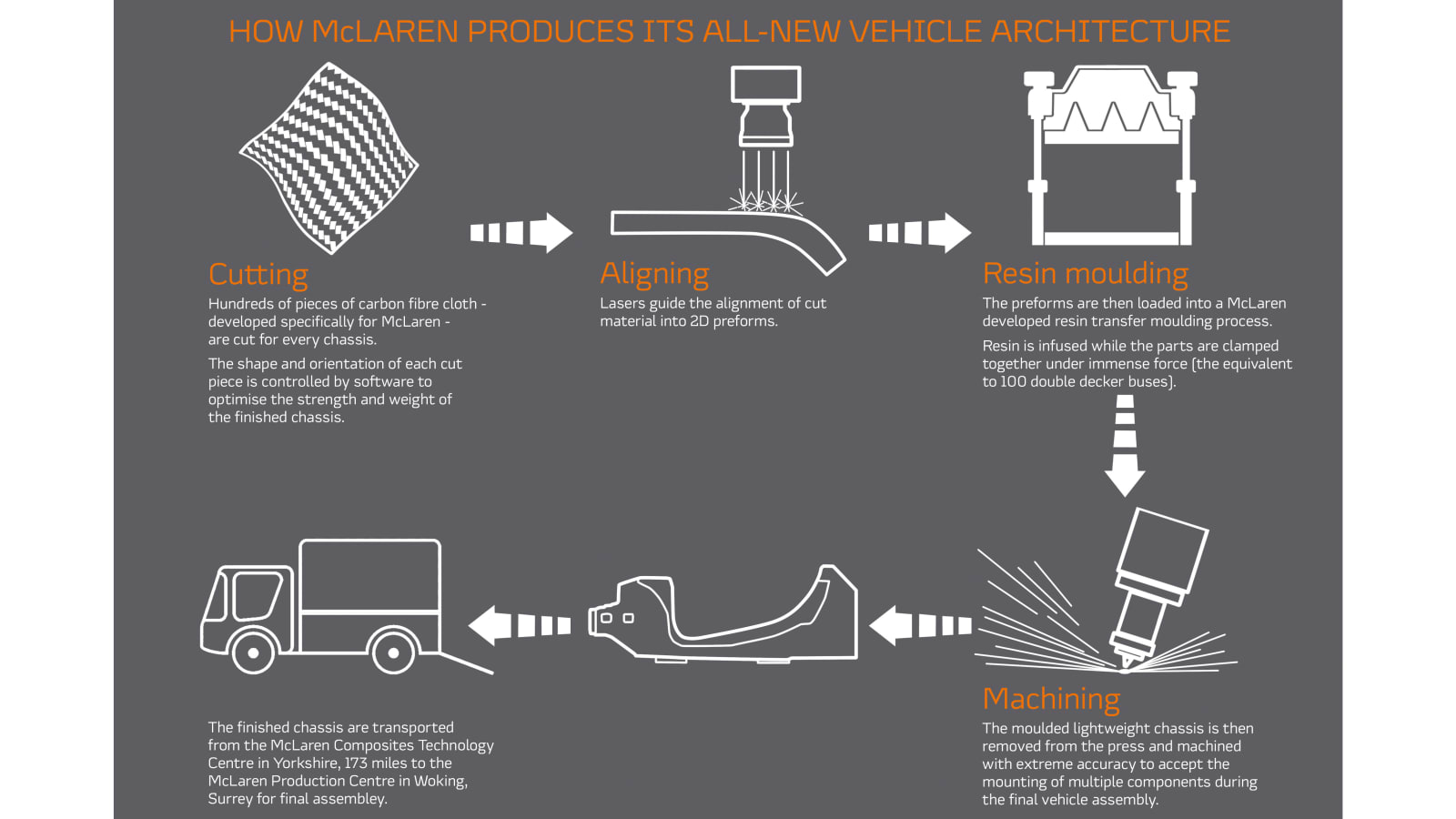