Based on the Renault 25 chassis and designed by AMC, Chrysler sold these cars with Dodge Monaco badges for a few years.

When Chrysler took over the American Motors Corporation in 1987, the hot-selling Jeep brand was the big prize of that deal. At a stroke, Iacocca's company got the XJ Cherokee (which remained in production into our current century) plus its Comanche pickup sibling, the Wrangler, the Grand Wagoneer, and the AMC Eagle as bonuses. The Eagle gave its name to Chrysler's new marque, which worked out well for quite a few years, and of course the PowerTech V8 engine began life as an AMC design. Yes, Chrysler made out like a bandit on the AMC purchase, but one of the most important acquisitions that came with that coup ended up being a Renault design from the last gasp of Kenosha: the Eagle Premier. Genetic material from this car made its way into Chrysler products for decades to come, and the Dodge Division got the opportunity to slap Monaco badges on the Premier for the 1990 through 1992 model years. Here's one of those super-rare cars in a Denver self-service yard. 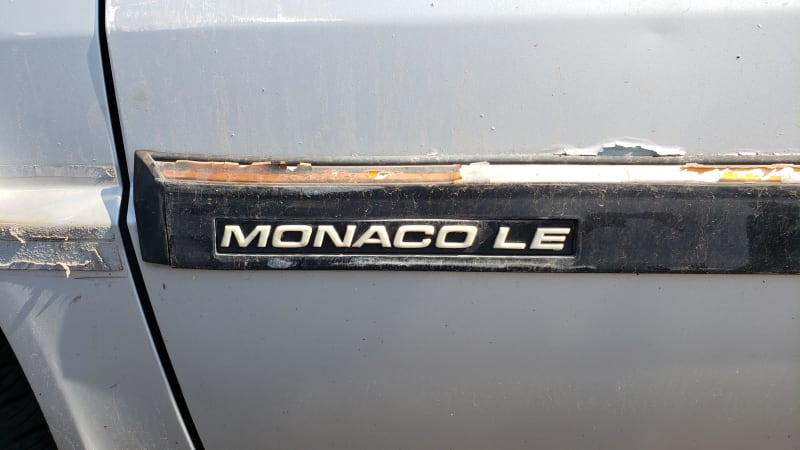 Dodge sold plenty of Detroit-designed Monacos from the 1965 through 1978 model years, and so the name seemed ripe for a revival in 1990. We rated the 1974 Dodge Monaco "Bluesmobile" #3 on the Best Movie Cars of All Time list, and Monacos may be found in countless cop movies and TV shows over the decades. Did the name belong on a Renault design? 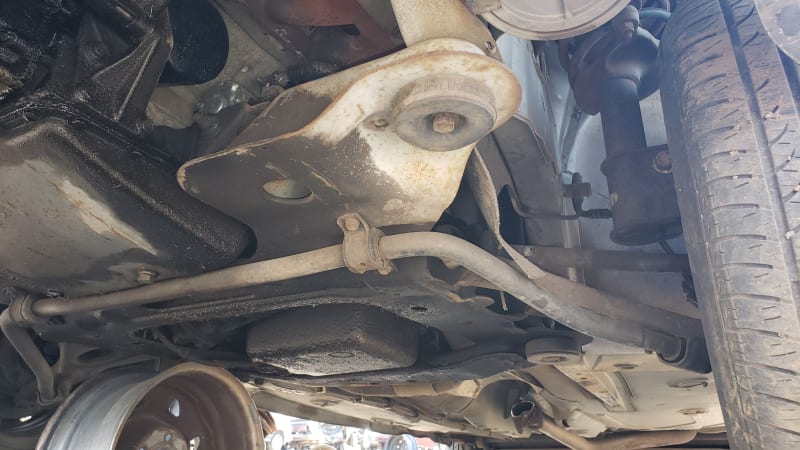 Absolutely! The radical-looking and big-selling Chrysler LH cars were built on a modified Eagle Premier chassis, enabling Chrysler to print money from a 1980s Renault design all the way through 2004. After that, Mercedes-Benz engineering (with a dash of Mitsubishi thrown in for good measure) got stirred into the mix, but I'm told by a Chrysler engineer that you can still see the Renault 25 structure beneath the dashboard in modern Challengers and Chargers. All of this comes thanks to Lee Iacocca's score of that advanced European car way back in 1987. 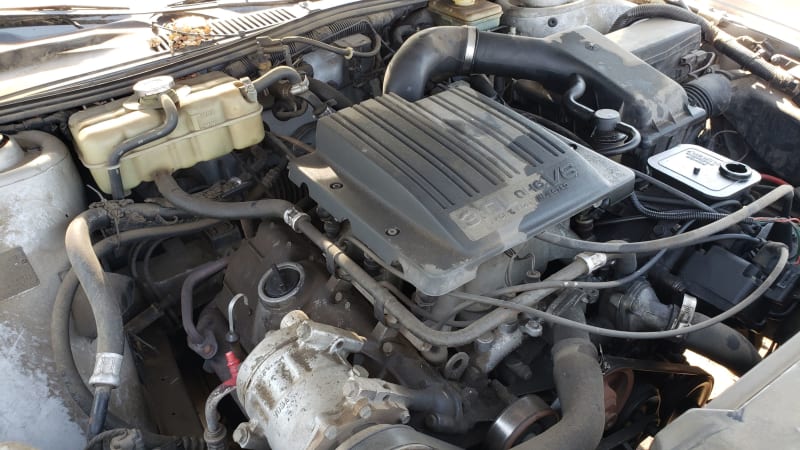 One thing from the Premier that Chrysler dropped like a monkey dropping a red-hot penny once production of the Premier/Monaco ended: the PRV V6, a sophisticated-but-flaky overhead-cam V6 originally developed by a partnership between Peugeot, Renault, and Volvo (hence the acronym). This engine achieved its greatest fame as the powerplant that went into the DeLorean DMC-12. You could get the chugging AMC 2.5-liter straight-four in the Eagle Premier, but all the 1990-1992 Monacos got the 3.0-liter PRV, rated at 150 horsepower. 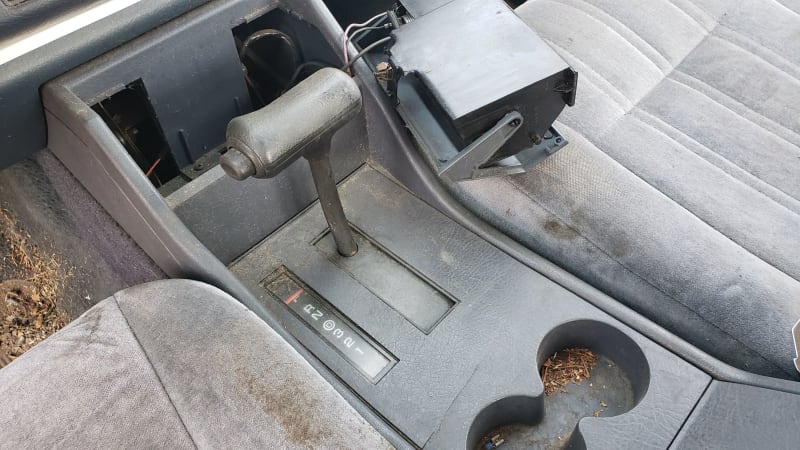 The only transmission you could get in the 1991 Premier/Monaco was a four-speed automatic sourced from Audi. Check out that twin cup holder by the shifter! 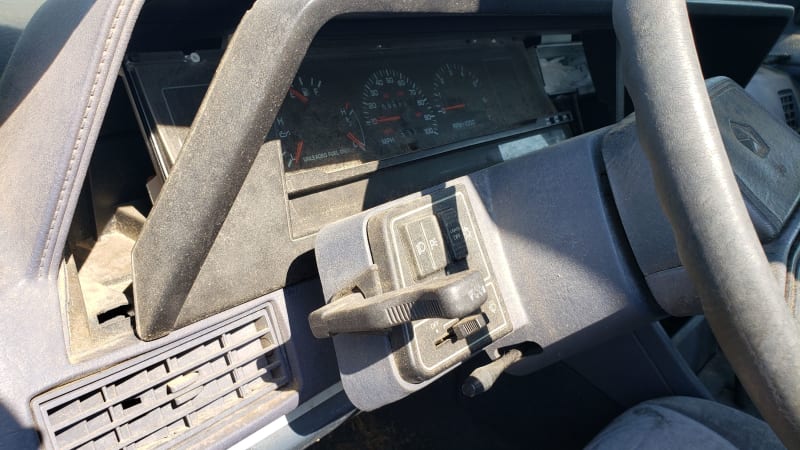 This car is full of quirky French design, and I've been trying to find an example in a junkyard since I spotted a crashed-and-trashed '91 Premier way back in 2012. I'll bet there are more Blower Bentleys on the road now than 1990-1992 Monacos. 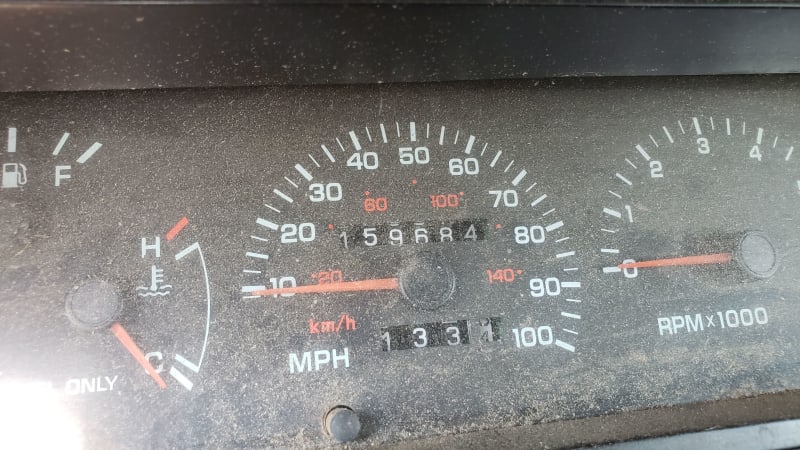 This sort of Franco-Wisconsinian masterpiece requires conscientious maintenance, of the sort that most American car owners seem reluctant to provide. Still, this car nearly reached 160,000 miles, which beats the crap out of any Alliance or Encore I've found in the car boneyard. I still hope to find a discarded Renault/Eagle Medallion one of these days, of course. 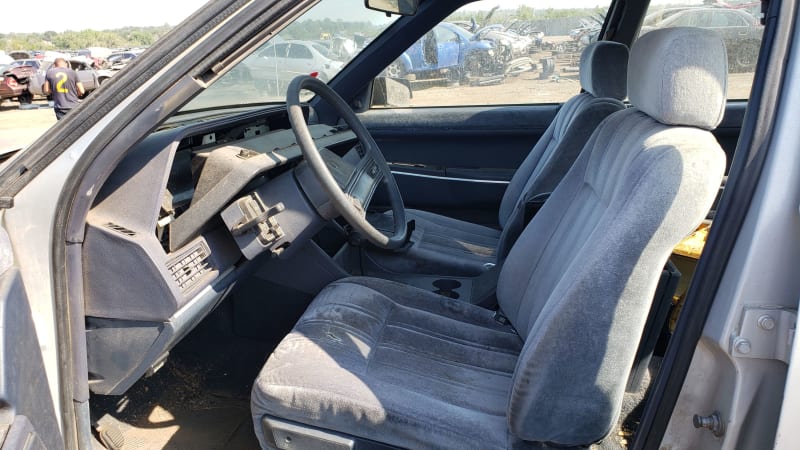 The LE trim level was the cheaper of the two versions of the Monaco that Dodge shoppers could buy in 1991, listing at $13,895 (about $26,600 in 2020 bucks). For the higher-zoot Monaco ES, you had to fork over $16,595 ($31,750). This car was at least one order of magnitude more sophisticated than the K-Car-based Dynasty, and the price tags on both cars were very similar, but the Dynasty outsold the Monaco by an enormous margin. 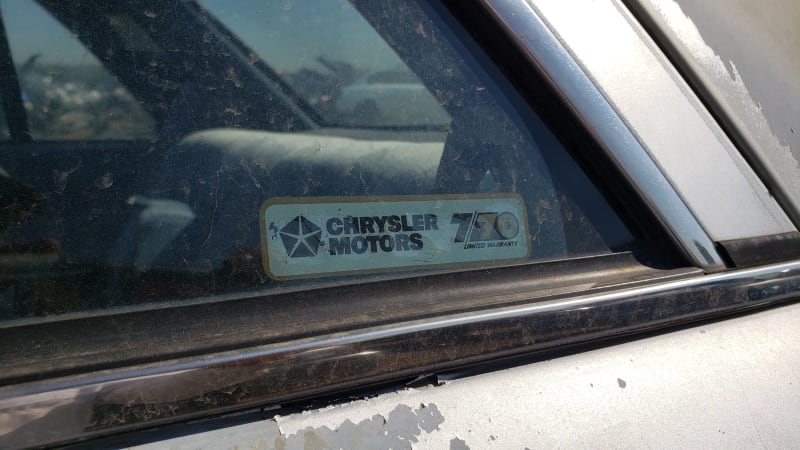 Today's Junkyard Gem is one of the most significant cars in recent Chrysler history, and one of the most overlooked. This is the sort of thing I put at the top of my list when scouring junkyards for historically important vehicles.

Rather than emphasizing the advanced European engineering in this car, this advertisement offers entry in a sweepstakes for a free ticket to the Principality of Monaco.

The Monaco's Premier twin had a drag coefficient lower than any sedan built in North America (thus excluding those slippery Audis).