We test Jag's latest infotainment system in the 2021 F-Type

The infotainment systems in Jaguar or Land Rover vehicles over the past many years have been a cause for concern. They’ve been slow to respond, lacking in features and lagging behind the high-tech luxury competition by a wide margin.

Software updates and newer, better hardware keep coming, though. That being the case, it's time to take another look at what the latest infotainment system from Jaguar can do and how it goes about its business. We happened to be in Jaguar’s freshest product on the market for this test, too, the 2021 Jaguar F-Type R. Watch out for a full test on that car soon.

Jaguar names its tech the Jaguar InControl Touch Pro system, and it’s running on every model but the ancient XJ. The refreshed XE is also distinctive in that it’s running the Touch Pro Duo screen setup that replaces the vast majority of the physical climate controls with a touchscreen. To get a visual guide and watch the screen in action, check out the video above. 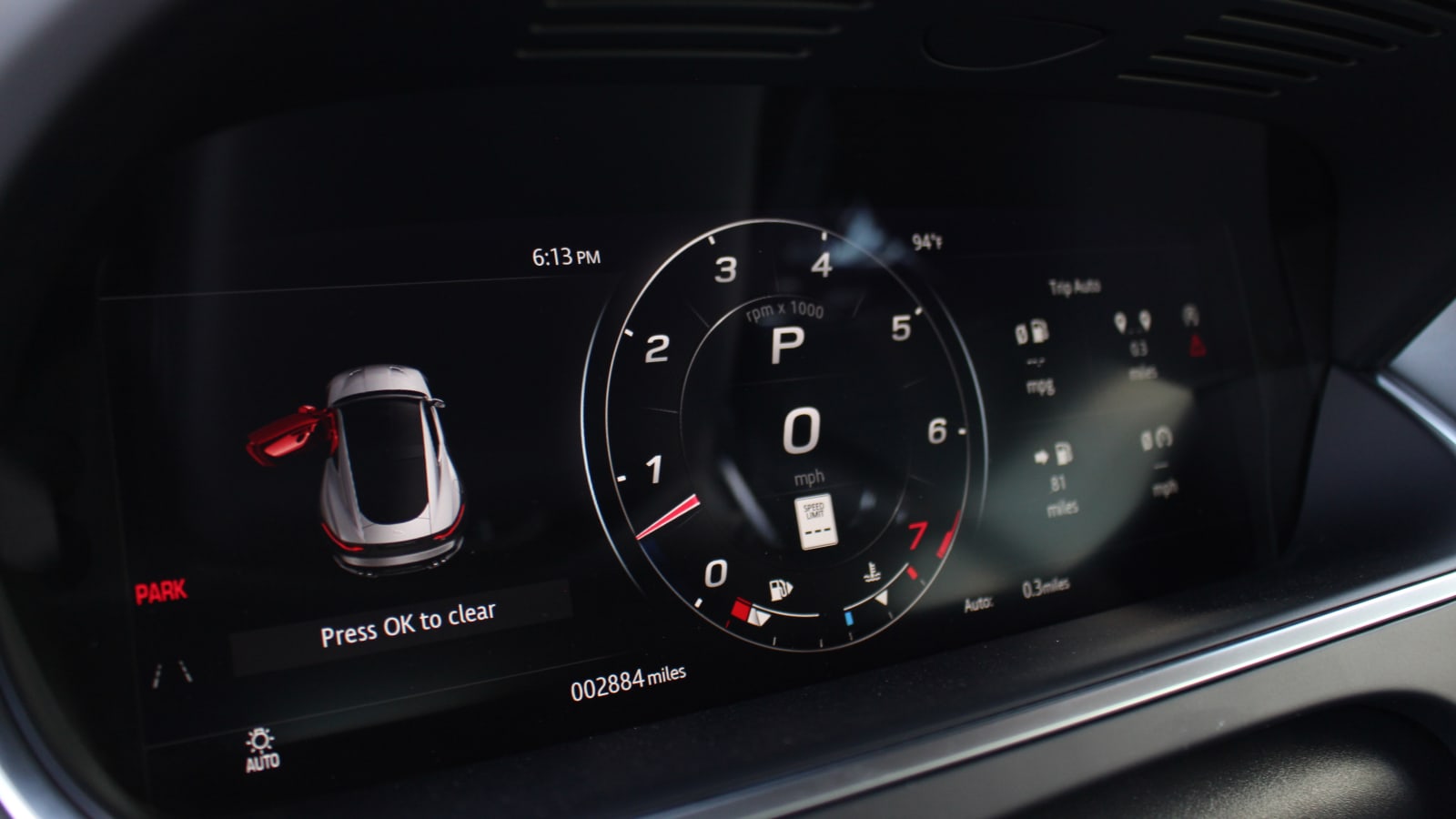 In addition to the central screen, we also dive into the fully digitized instrument cluster that’s become the standard for other Jaguar models. The F-Type gained the screen this year, and it operates similarly to all the others.

On the surface, Jaguar’s infotainment system is rather simple and modern. It’s a clean UI that’s free of the many frills and fancies you might find in a Mercedes or Audi. You’ll never get lost in a sea of menus or settings a la BMW iDrive, as Jaguar never allows you to dive several levels deep. That’s good for simplicity’s sake and makes operating the system a cinch once you learn where the functions are. Jaguar’s bottom row of frequently used items is a perfect place to start, because there’s a good chance that you’ll rarely need to stray from this small subset of functions.

Both Apple CarPlay and Android Auto boot right up via a wired connection. They worked without issue all week long in the F-Type without glitches or failures to operate. In fact, we were generally impressed with this infotainment system and the accompanying digital cluster. It was only plagued by the occasional stutter or long pause between clicks, but not as often as in past Jaguars and Land Rovers.

Unfortunately, it’s tough to keep up when the German competition seems to be running systems that are faster, more fluid and bursting with features. Admittedly, some of those features are things that may never be truly useful and add to their aforementioned complexity. Even Porsche’s infotainment system offers up a more enjoyable experience than Jaguar does. The gap between InControl Touch Pro and other infotainment systems is still well and truly there, but it’s tighter than it’s ever been before. Check out the video on top to see this infotainment system in a 2021 F-Type.