Legally blind man sees for the first time, buys himself a Chevy Corvette

He bought the car even before getting his license

Mike Schickerowski was never supposed to drive, let alone go flat-out in a V8-powered car. The 44-year old Alberta resident was born with an eye condition that made him legally blind and disqualified him from driving. He gained vision after undergoing an experimental surgery — then chose a Chevrolet Corvette as his first car.

Schickerowski told Canada's Global News that he was born with nystagmus, a condition that "involves involuntary movement of your eyes." Although he could see, objects were always out of focus. "If you've ever taken a photo with your camera and moved it slightly, or the object moved and it's a blur, it's the exact same symptoms. My brain would never interpret the image as a steady picture — it was always a blur," he said.

For years, curing nystagmus was considered impossible. Schickerowski nonetheless underwent an experimental surgery at a clinic in California, and the procedure allowed him to see clearly for the first time.

Global News added Schickerowski bought his Corvette without seeing it, and before he took his driver's test. He passed the test on his first try in July 2020, and has been enjoying his yellow coupe ever since.

"Some people said, 'Oh, it's Alberta, you need a truck,' and sure, I like trucks. They're nice, but everybody's got a truck," he told the publication. Although driving a Corvette is an unforgettable experience, Schickerowski said the best part of getting his vision back is being able to do things with his family, like taking his son fishing and taking his daughter out for ice cream. "I was never able to do that before on my own." 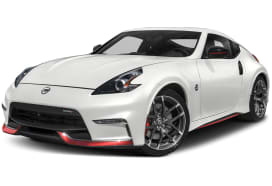