The R8 will remain the lone exception to the Quattro rule

Audi Sport made the rear-wheel drive R8 a regular-production model in 2018, and regulatory filings suggest it's coming to the United States, but the company stressed its mid-engined halo car will remain the lone exception to the Quattro rule. It's not planning to build rear-wheel drive variants of any of the other cars in its lineup.

"We have used rear-wheel drive in the latest R8. But, normally, Quattro is part of our heritage. It means safe, agile, and competitive driving," Rolf Michl, Audi Sport's sales and marketing boss, told British magazine Autocar.

His comments seemingly rule out tail-happy variants of the RS 6 Avant (which is finally available in the United States) and the RS 7 Sportback, among others. It also closes the door to front-wheel drive models.

Looking ahead, Audi Sport is working on its first series-produced electric car. It will be closely related to the E-Tron GT concept introduced at the 2018 edition of the Los Angeles Auto Show, and it will share its architecture with the Porsche Taycan. It likely won't remain the company's only battery-powered model for long, but Michl stressed his team decided that even upcoming electric cars will need to offer Quattro all-wheel drive.

"I don't hear any different views [from people] on this, even with electrified versions in the future. We'll stay with our approach: Quattro is a major part of RS models," he clarified during the same interview.

Like the regular E-Tron, the GT will receive a through-the-road all-wheel drive system, meaning there won't be a mechanical connection between the front and rear axles. Looking at the Taycan's specifications sheet suggests Audi will assign an electric motor to each set of wheels and stuff a lithium-ion battery pack directly under the passenger compartment. It will tune the drivetrain in-house instead of copying and pasting it directly from its sister company. And, it told Autoblog the production model will look a lot like the concept that previewed it.

Although reports claim Audi will retire the R8 nameplate at the end of the current, second-generation model's life cycle, Michl revealed executives are still trying to make a business case for a replacement. He called it "a real brand-shaper," but he warned deciding whether to move forward with the project is difficult because "it has to fit future expectations." In other words, it needs to be suitably efficient to comply with future emissions regulations.

Unverified rumors about the R8's future swirl around the internet on a regular basis. The latest nugget of insider information suggests the nameplate could see its lease on life extended, though it will need to be electrified in one way or another. Audi is allegedly considering making it electric, but it may choose a hybrid powertrain instead because the R8 is closely linked to the firm's customer-racing program. It's sold in GT2, GT3, and GT4 variants. 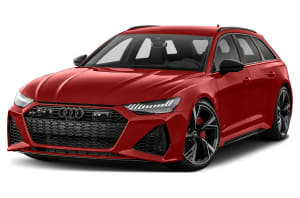 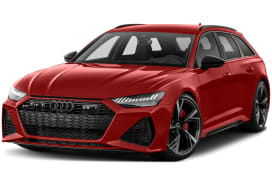