If you were expecting subtlety, brace yourself Now that BMW has let the media get its hands on early prototypes of the upcoming 2021 M3 and M4, its development engineers have removed quite a bit of camouflage from its road-test prototypes. The result is, well, pretty much what we expected.

While previous prototypes have worn thick, squared-off camo sheets that obscured both the nostrils and lower front bumper intakes, these new photos reveal the contours of both front bumpers in explicit detail. The words "gaping maw" have been used to describe the new front end's oversized kidneys, and we're not keen to try to reinvent the wheel. There's no getting around it; those suckers are huge. It's unusual for us to get our hands on new cars like these before the world has a chance to digest their aesthetics, but in this rare instance, we actually know better how the new BMW M3 sedan and M4 coupe will drive than how they will look. Both prototypes proved precise and predictable, with virtually no understeer. BMW's M division has chosen to make the M3 and the M4 perform as similarly as possible, bucking the precedent set by the base 3 and 4 Series, in which the sedan is more plush and the coupe stiffer and more nimble. To accentuate that homogeneity, BMW elected to extend that into the twins' styling to the point where they are virtually indistinguishable from the front.

The new BMW M3 sedan and M4 coupe are expected to hit dealers in early 2021, with a formal unveiling likely in the fall. 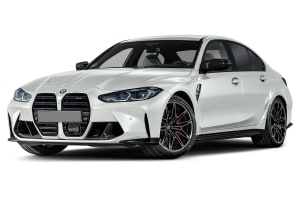 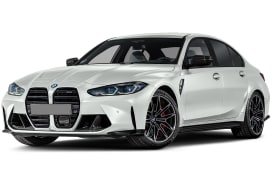 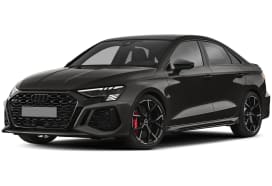