The Hellcat Redeye for drag racers

Although the Dodge Demon was an exclusive, one-year-only muscle car, Dodge has found ways of getting bits of that car to more people. First there was the Hellcat Redeye, that got a detuned version of the Demon engine, down from 840 horsepower to 797. Now there's the 2020 Dodge Challenger SRT Super Stock. It starts with the Hellcat Redeye, but adds a bit of horsepower, and drag race-specific tires and suspension tuning to get one step closer to the monster Demon.

The engine is basically the same supercharged 6.2-liter Hemi V8 as the Redeye, but with a new engine calibration that bumps up horsepower by 10 to 807, though torque stays the same at 707 pound-feet. It's coupled to the same eight-speed automatic as the Hellcat Redeye, but it has also been retuned to shift 100 rpm later at 6,400 rather than 6,300 to squeeze as much out of each gear as possible. The rear differential is a limited-slip unit and comes standard with a 3.09:1 gear ratio, which is optional on regular Hellcat Redeyes.

The Super Stock also gets revised chassis components. Instead of the regular Hellcat Brembo six-piston brakes up front, it gets lighter four-piston Brembo calipers with slightly smaller rotors, all in the name of going faster at the drag strip. The suspension has been retuned to shift weight to the rear wheels and improve traction at launch. In Track mode, the suspension switches to fully firm rebound and compression at the rear, and firm compression and soft rebound at the front to help facilitate the weight transfer. It stays in this mode as long as full throttle is applied, and reverts to the standard Track settings when lifting off the throttle. 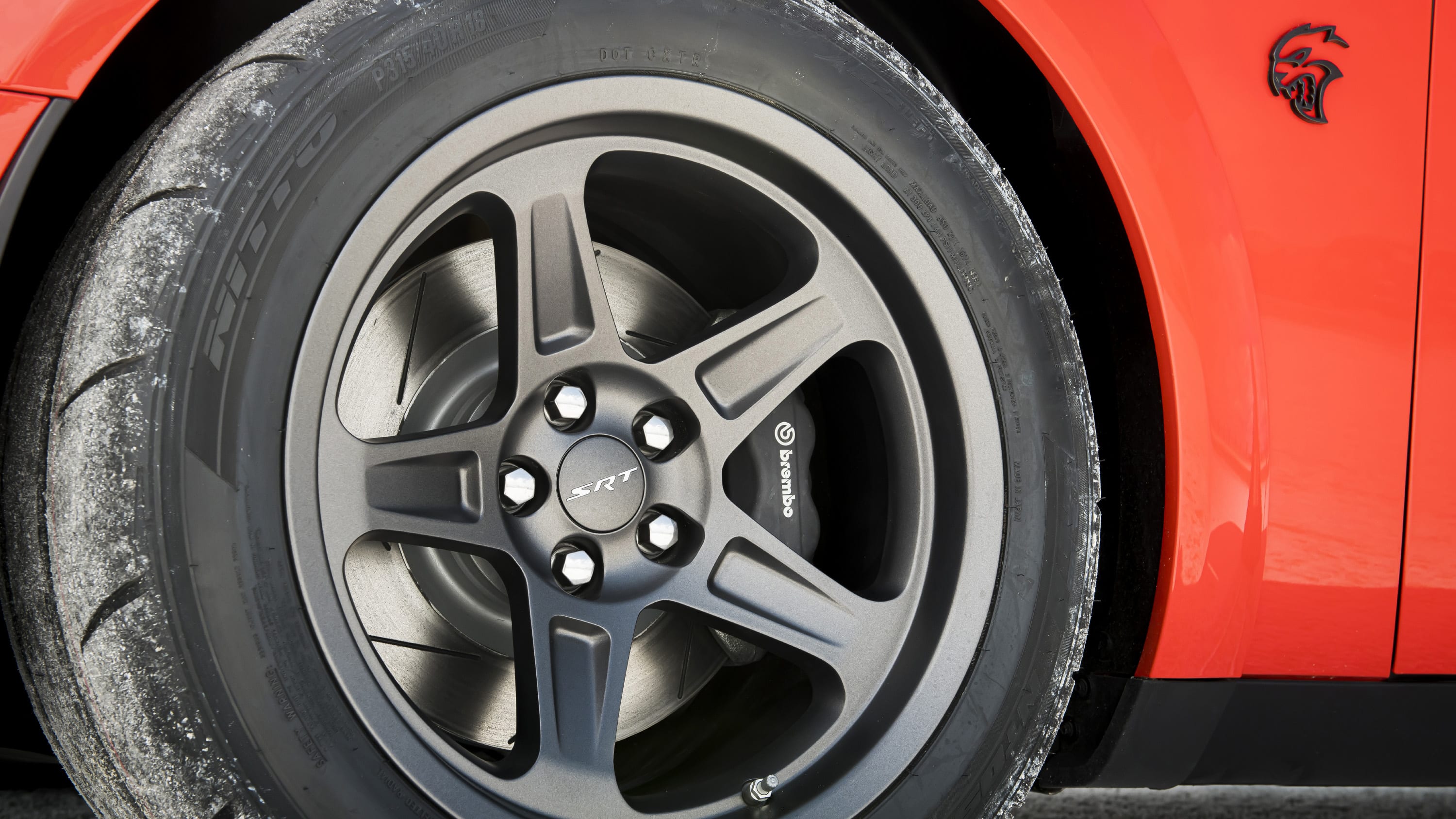 The final piece of the drag racing puzzle are the wheels and tires. The regular Redeye's huge wheels and low profile tires are gone in favor of wheels that are just 18 inches in diameter. They're fitted with Nitto NT05R drag radials, the same make and model as on the Demon, at each corner for maximum traction at the strip. These are also the only indicators that you have a Super Stock. All the other badging is the same as the Hellcat Redeye, so only those in the know will recognize a Super Stock model.

The final results of these drag-racing enhancements are impressive. Dodge claims a 0-60 time of 3.25 seconds, and a quarter-mile time of 10.5 seconds. Apparently it will finish three car lengths ahead of a regular Redeye at the drag strip. Top speed is less formidable at 168 mph, but that's a limit of the drag tires.

Pricing hasn't been announced yet for the Challenger Super Stock, but it should be available soon, since you'll be able to order one this summer. Production starts in the fall as a 2020 model continuing into 2021, with deliveries a little while after.

$564 - $1,420 Nat'l avg. savings off MSRP
See Local Pricing
I'm not in the market for a vehicle at this time. Please move this suggestion to the side for 30 days.
Huge Savings