It’s going to be based off the Grand Touring trim, so it’s outfitted with the maximum amount of equipment. Those that purchase one will be able to choose from either the traditional soft top or an RF version. The soft top is red, while the RF gets a black-painted roof. Every last one of them will be painted in Snowflake White Pearl Mica and feature red accents throughout. Mazda plans on making them with both manual and automatic transmissions. We asked how many will be available, but Mazda told us it isn't sharing that information yet — limited edition Miatas tend to sell out quick.

On the exterior, the front fender gets a “100 Years 1920-2020” badge. Wheel center caps for the 17-inch dark-silver wheels also have the 100th Anniversary logo on them, but that’s it for the exterior. The inside is where Mazda really had its fun. Full red leather seats and red carpeting pop and make this interior unlike any other Miata on sale today. Both the headrests and the floor mats feature 100th Anniversary logos, and as a finishing touch, Mazda put together a special 100th Anniversary key fob that is embossed with the same logo and comes presented in a special edition box.

Since this car is based on the Grand Touring, you get performance goodies like Bilstein dampers, limited-slip differential, front shock tower brace and sport-tuned suspension. Of course, it needs the proper six-speed manual transmission to get all of that.

From a cost perspective, you only pay a small price for the special edition car. With the soft top and six-speed manual, it totals $33,615. That’s just $1,000 more than an identically-equipped regular MX-5 Grand Touring. An RF with the manual totals $36,370, which again, is just $1,000 more than the standard RF. The difference is the same with the automatic transmission Miatas. A soft top auto costs $34,140, while an automatic RF costs $35,695. Mazda says the special edition Miatas will be arriving in dealerships “later this year.” 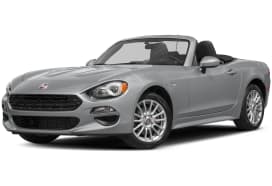 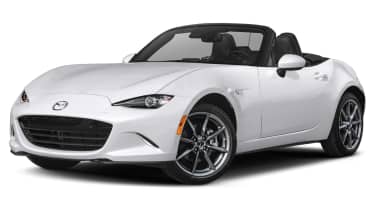 $2,007 - $2,270 Nat'l avg. savings off MSRP
See Local Pricing
I'm not in the market for a vehicle at this time. Please move this suggestion to the side for 30 days.
Huge Savings