Things drivers hate about driving for Uber and Lyft

Don't be that passenger

There are probably few jobs with more annoyances and frustrations than driving for Uber and Lyft. Now, I know everyone has frustrations with their jobs, and all jobs come with their annoyances. But in terms of shear numbers of annoyances, rideshare driving might just have everything else beat.

In fact, in coming up with this list of the top 10 things drivers hate, the biggest problem I had was in culling the list down to just 10 things. These 10 are focused mainly on bad habits and behaviors that are common among riders and major irritations for drivers.

1: Riders with more passengers than is legal

This one happens with surprising frequency. You would think most people know that there are limits imposed by law on the maximum occupancy for each different type of vehicle. A normal passenger car is limited to five passengers total — including the driver. That means that the maximum number of passengers an Uber rider can have is four.

But you would be surprised at how often these riders try to cram five and even six people into a regular passenger sedan — otherwise known as an Uber X vehicle. While Uber and Lyft both have larger vehicles that can accommodate a few more passengers, their basic vehicle is limited to just four passengers.

Riders typically try to stuff more people in than allowed at night and on weekends. Usually they’re a bit drunk, and not fully aware of what’s going on … which brings us to annoyance No. 2 ...

Inebriated passengers are the single most common source of problems between drivers and riders. Drunk passengers can run the gamut from falling asleep to shouting and cursing the whole way home, and everything in between. I’ve seen crying, unstoppable laughter, screaming out the windows and just about everything you can imagine. But, of course, the worst is when drunk passengers throw up in your car.

One negative experience most drivers try to avoid with drunks is when they are over-the-top angry. I’ve had riders who would roll the window down and and start screaming at the top of their lungs to let the whole world know just how angry they were. I’ve had riders who screamed insults, threats and epithets at passing cars and pedestrians in ways I thought were going to get us both killed.

One of the things drivers need to be on the lookout for when drunks board their vehicles is making sure the rider has gotten in the right vehicle. They have a bad habit of calling an Uber or Lyft and then getting into the first one that shows up. They also have a recurring habit of not remembering their address and typing the wrong one into the app. All in all, drunk passengers are something most of us would be happy to never see again. The best way to handle them is to stay pleasant and quiet.

A lot of riders, especially drunk ones, like to give the driver turn-by-turn instructions rather than have them follow the GPS instructions. This would be OK, but a lot of these riders have a nasty habit of giving bad instructions and then blaming the driver when they end up lost! Unfortunately, there’s not much drivers can do in this situation, but they can expect to get a bad rating after the trip is over.

Riders have been told by Uber and Lyft that drivers can let them play music from their phones, via Bluetooth, over the driver’s car stereo system. Most drivers hate it when they get a request for those, though. That’s because riders typically play music the driver doesn’t like, and they want to crank it up full blast. So the driver not only has to listen to music he or she doesn’t like, but they have to listen at full volume. 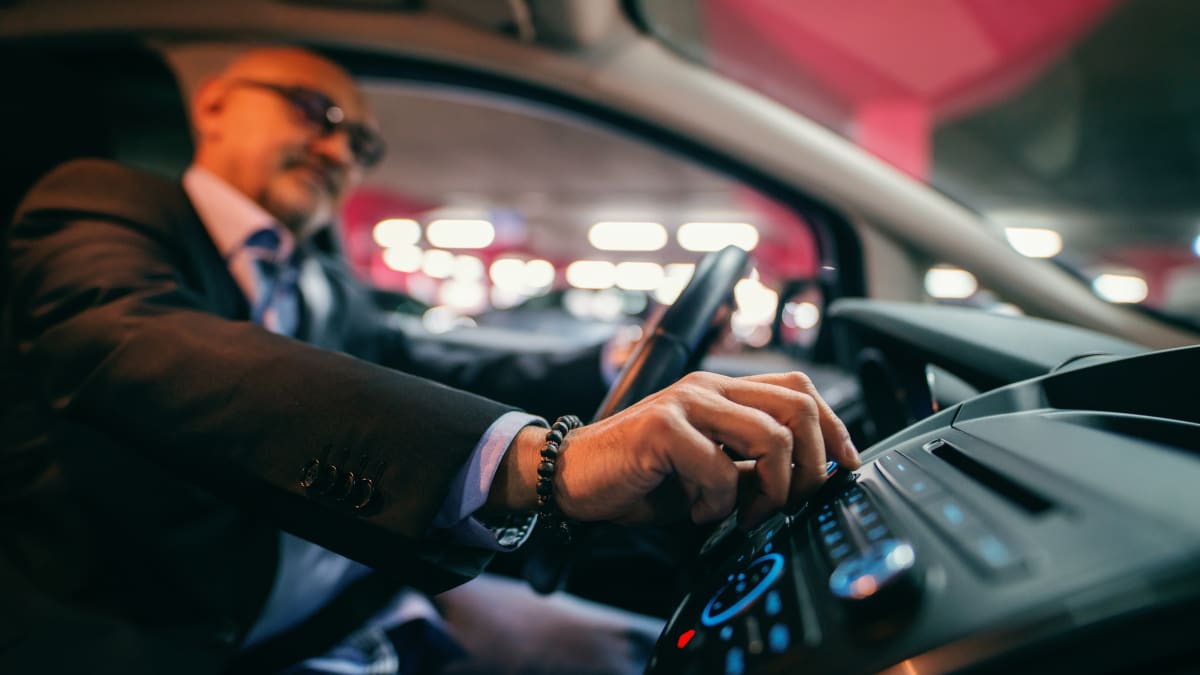 5: Eating in the car

There’s a general rule of etiquette that you should never eat in a stranger’s car. However, a lot of riders apparently seem to feel that if they’re paying for the trip they can do pretty much whatever they want. Drivers wouldn’t mind riders eating in their cars if they could keep everything perfectly clean and not drop a single crumb on the seats. In reality, it’s just not possible to do that. Everyone knows the minute you break out the food, some of it is going to end up on the seat and floor. Most drivers work hard to keep their cars clean, so this is indeed a big annoyance for them.

In the early days of rideshare, when rates and driver pay was much higher than it is today (three to four times higher), passengers were told by Uber and Lyft that their drivers would have all kinds of amenities on hand, such as bottled water and phone chargers. Several years ago, Uber even sent out Apple and Android style chargers to drivers, but since then, drivers have had to either go without or provide their own chargers.

Most drivers find it irritating, though, when passengers ask for a charger, because they know they’re going to have to fumble around a bit to get them out and plug them in. The wires always seem to need a lot of disentangling before they’re ready to use, and this can create quite a big distraction for drivers whose main job is keeping their eyes on the road.

Very few things are more annoying than talking to somebody with radically different political views from you who just won’t shut up. Well, when this happens in the framework of rideshare driving, it’s us drivers who have to keep our mouths shut while the passengers are free to go on and on. If a driver dares to express a different opinion, it could lead to a lower rating from the rider, which drivers work to avoid at all costs. So when the conversation turns political, the driver usually has to sit and keep his thoughts (and anger) to himself.

8: Bad ratings for no reason

This happens more often than you’d think. A rider gets in your car, compliments you on your car, on your driving, on various things and then gets out and leaves you a 1-star rating! It just doesn’t make sense. Drivers report these trips are flawless, their driving was fine, they got to the destination quickly, the passenger complimented them on all that and then next thing they know — their rating goes down a few tenths of a percent.

This one is related to the last. Many riders get out of the car, profusely thanking the driver and making what appear to be sincere promises to leave a very generous tip in the app. And then no tip ever shows up. This happens so frequently, in fact, that drivers have come to expect that the surest sign they won’t get a tip is when a rider promises to leave one.

I probably shouldn’t have made this No. 10 as it is more like the No. 1 gripe of Uber and Lyft drivers. The pay is abysmally low. Most drivers earn less than $10 an hour after car expenses are paid. The reasons pay is so low is because Uber and Lyft have constantly lowered pay over the last several years while at the same time flooding the streets with far more drivers than they could ever possibly keep busy. Many drivers are sitting, unpaid, while waiting for their next trip while just a few drivers are actually on a trip earning money.

It’s a gig that will still attract workers

With all the cons and annoyances of rideshare work, it is work that will be much in demand in the following months after more than 40 million Americans have lost their jobs. Unfortunately, though, if Uber and Lyft don’t break a long-time habit and put limits on the number of new drivers they take on, it will make it very difficult for any individual driver to make ends meet. Drivers will struggle just to make minimum wage.