A discarded example of Chrysler's long-running subcompact, with French ancestry and manual transmission Chrysler didn't have quite the resources available to mighty GM and powerful Ford, back in the 1970s, so developing new subcompacts from scratch wouldn't have been possible. Instead, Mitsubishis were shipped across the Pacific and sold as Colts, Hillman Avengers were shipped across the Atlantic and sold as Crickets, and Chrysler Michigan worked with Chrysler Europe's Simca to develop the Omnirizon platform. These cars, the Dodge Omni and Plymouth Horizon (plus various siblings and cousins) stayed in production in more or less the same form from the 1978 through 1990 model years. Most of these cars depreciated to nothingness before the dawn of our current century and got crushed, but I still find the occasional Omni or Horizon during my junkyard explorations. Here's an '85 Horizon with some rare luxury options, found in a Denver self-serve yard a couple of months back. 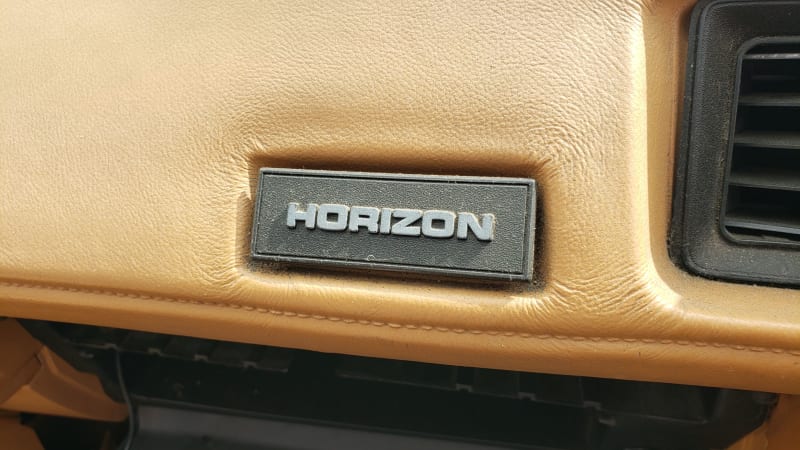 The Horizon wasn't anywhere near cutting-edge technology in 1978, and by 1985 it seemed distinctly outdated. Still, it was cheap and simple and got the job done; and Chrysler kept making Horizons for the same reason GM kept making Chevettes all the way through 1987. 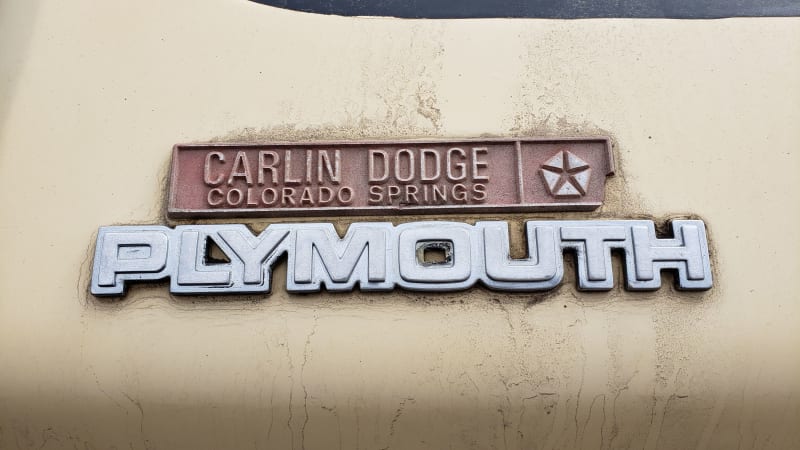 Sold new in Colorado Springs 33 years ago, and it will be crushed in Denver. 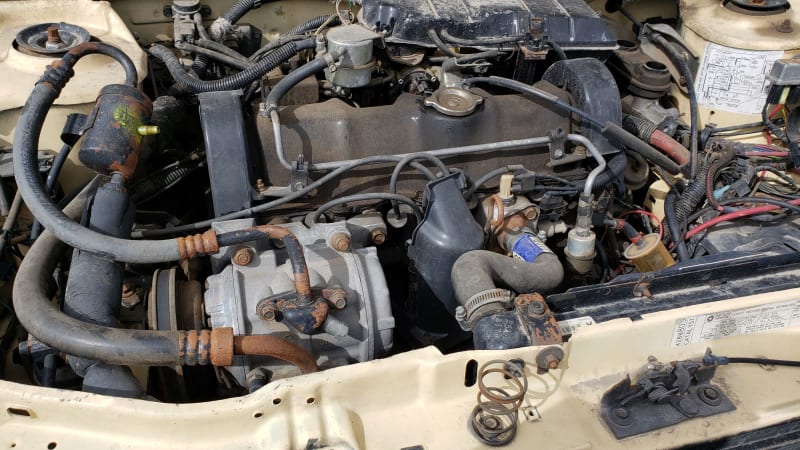 The early Horizons came with Simca 1.6-liter pushrod fours or Volkswagen 1.7-liter OHC engines, with the Chrysler 2.2-liter engine as an option starting in 1981. By 1987, the 2.2 went into every new Omnirizon. This car has the 96-horsepower 2.2, and check out that air-conditioner compressor! 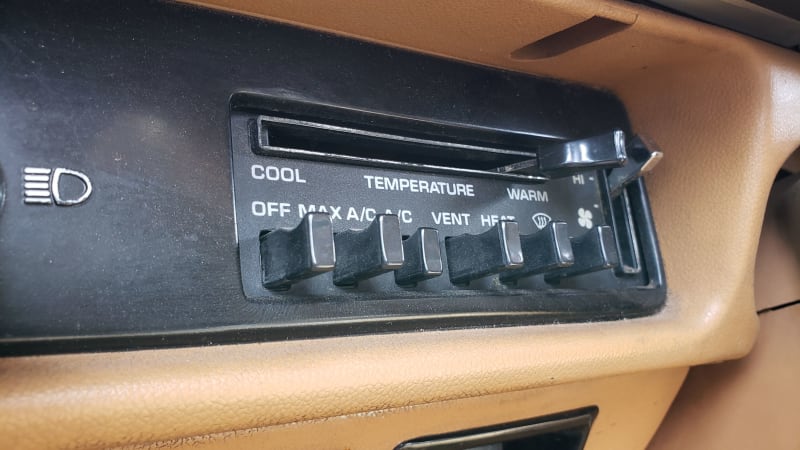 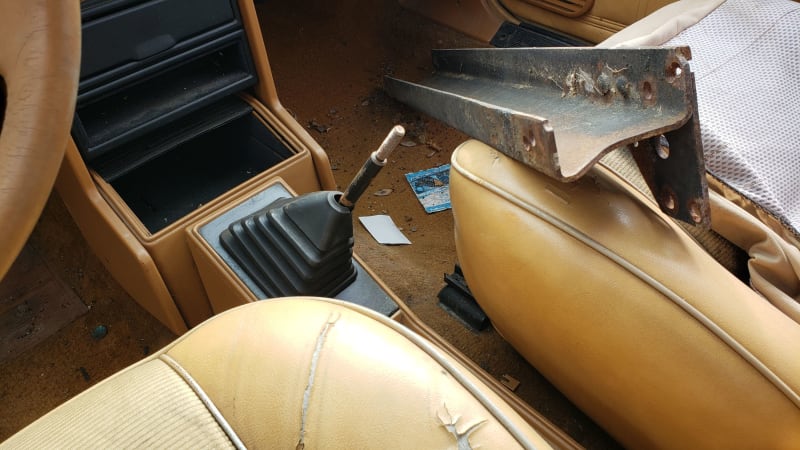 The automatic transmission cost even more, but this car has four- or five-speed manual. 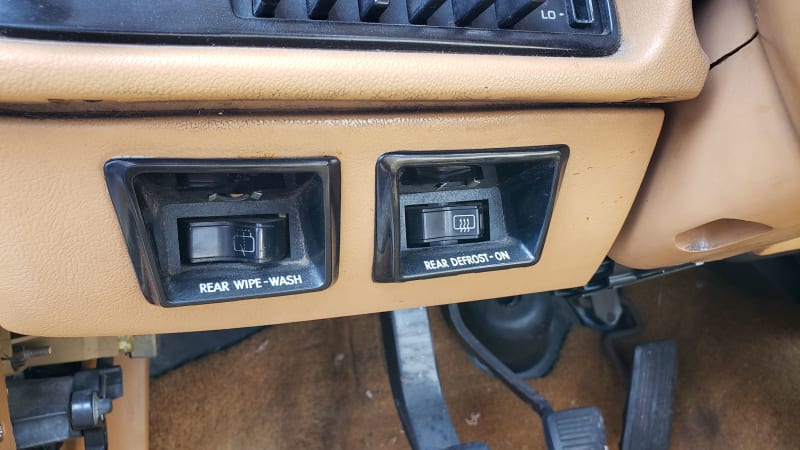 Rear defroster and wiper? This car must have sold for pretty close to Reliant prices. 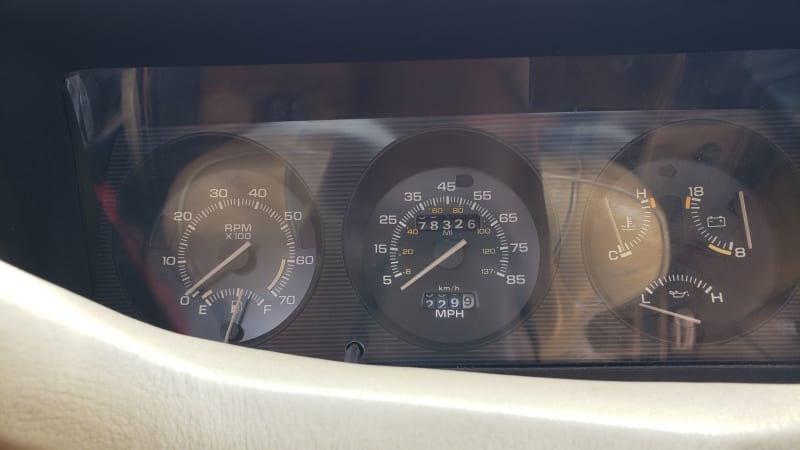 It's even got a tachometer and full gauges rather than the usual idiot lights. 78,326 might be the actual mileage, given how solid this car looks. 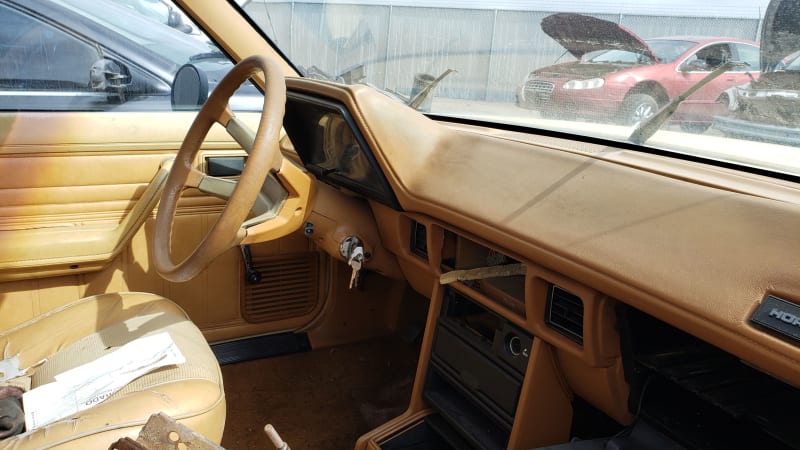 The key in the ignition means this car wasn't towed off the street for unpaid parking tickets. Perhaps it was a dealership trade-in that went straight to the junkyard, because nobody will buy an ancient Horizon at a used-car lot these days.

A few years later, you could buy one in red, white or blue for just 88 bucks a month. 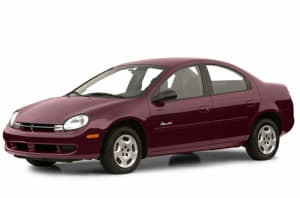