Good looks, lots of technology and a pair of turbocharged engine options

We've been given our first official glimpse into the brand-new 2021 Acura TLX sedan, and so far we like what we see. It's clear that Acura wants to be considered a brand that focuses on performance, boosting power with two turbocharged engine options and the return of the Type S variant after a decade-long absence.

Acura stuck close to the well-received Type S concept when styling the new TLX, which means the sedan boasts crisp lines, aggressively creased sheetmetal and a low, wide stance. An angular grille is flanked by Acura's Jewel Eye headlights and Chicane LED running lights to create an expressive face, and similarly shaped taillights at the back end finish off a cohesive design. An A-Spec sport package adds darkened elements along with a unique set of 19-inch wheels and a rear spoiler. 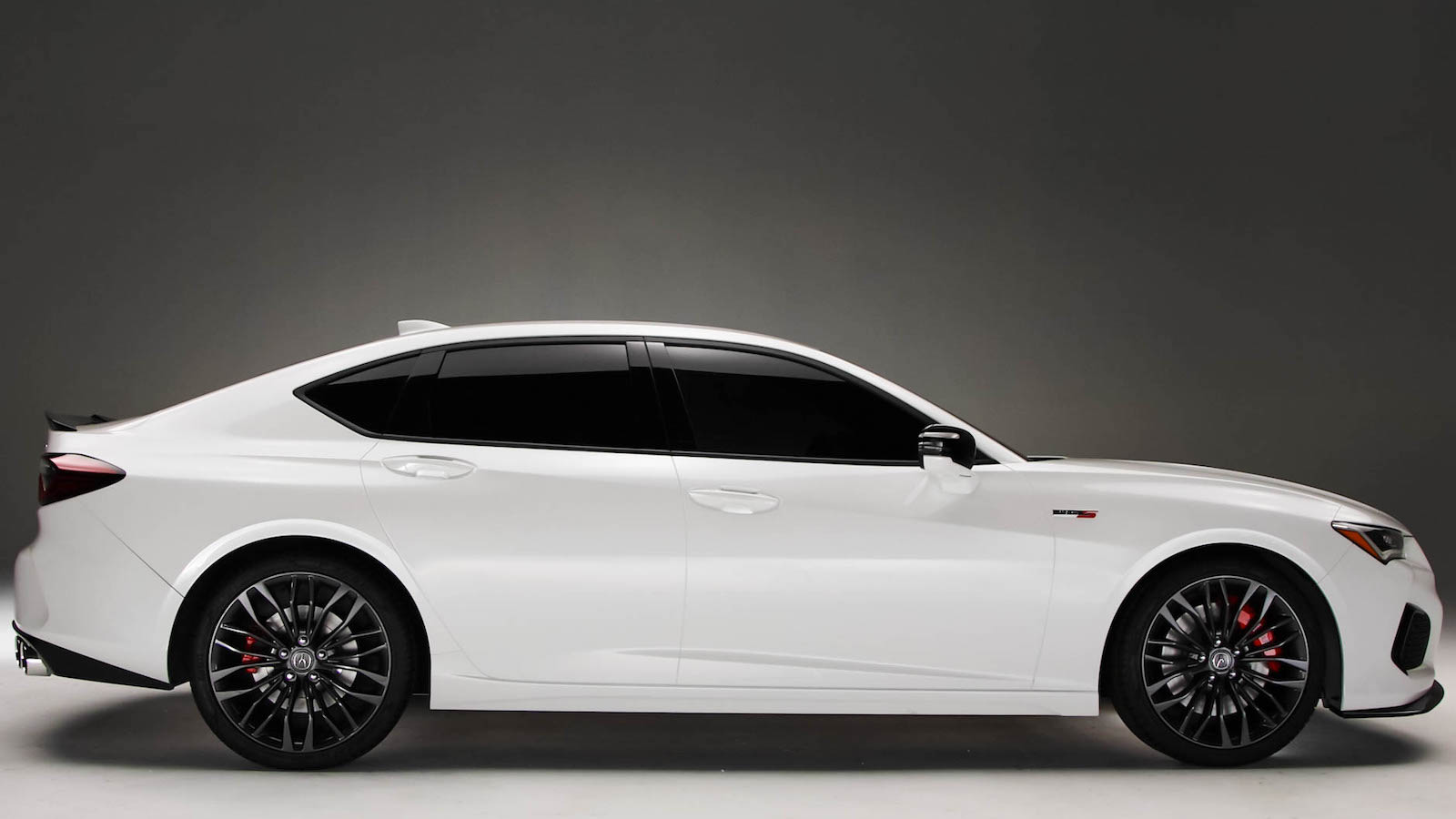 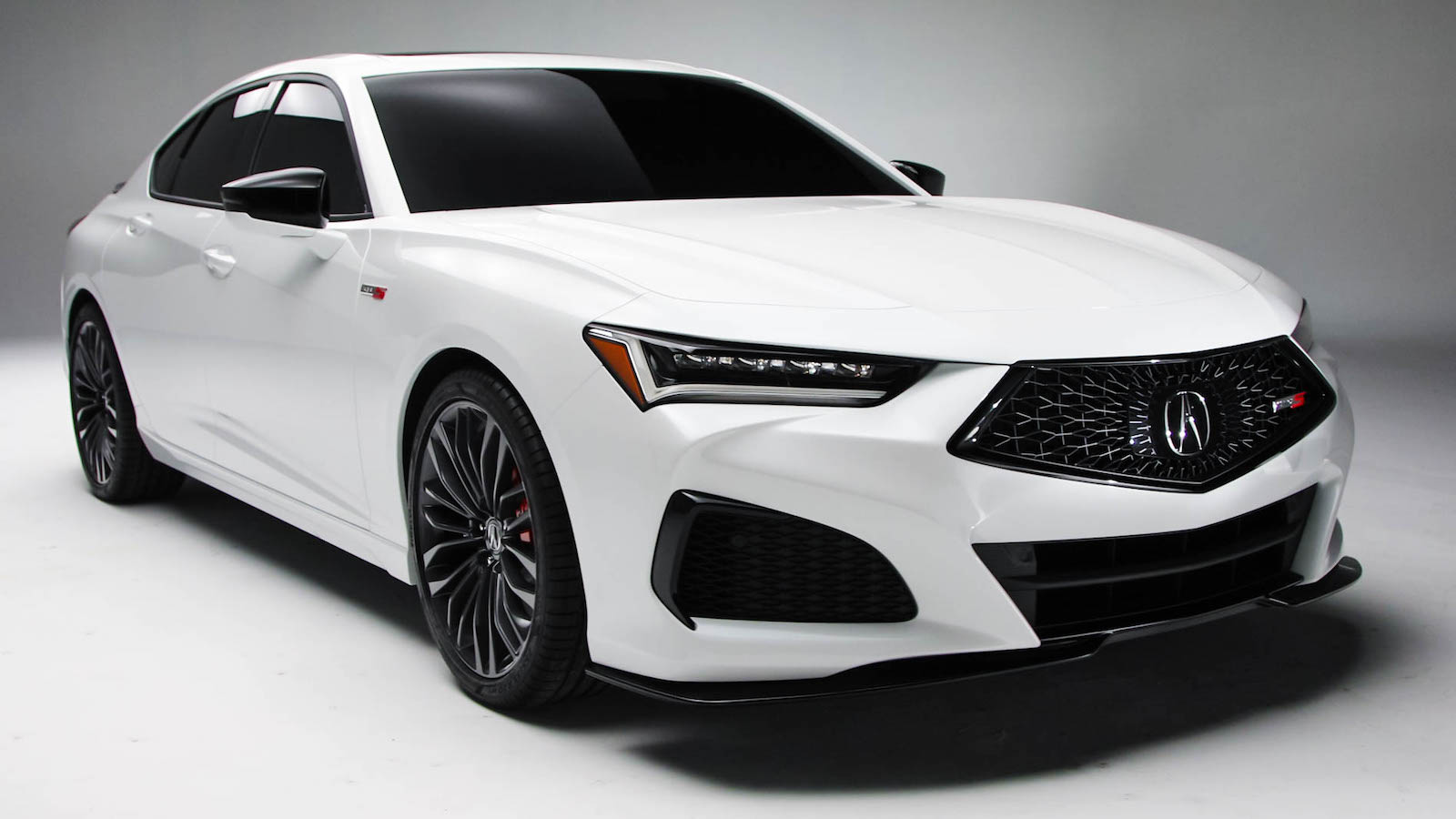 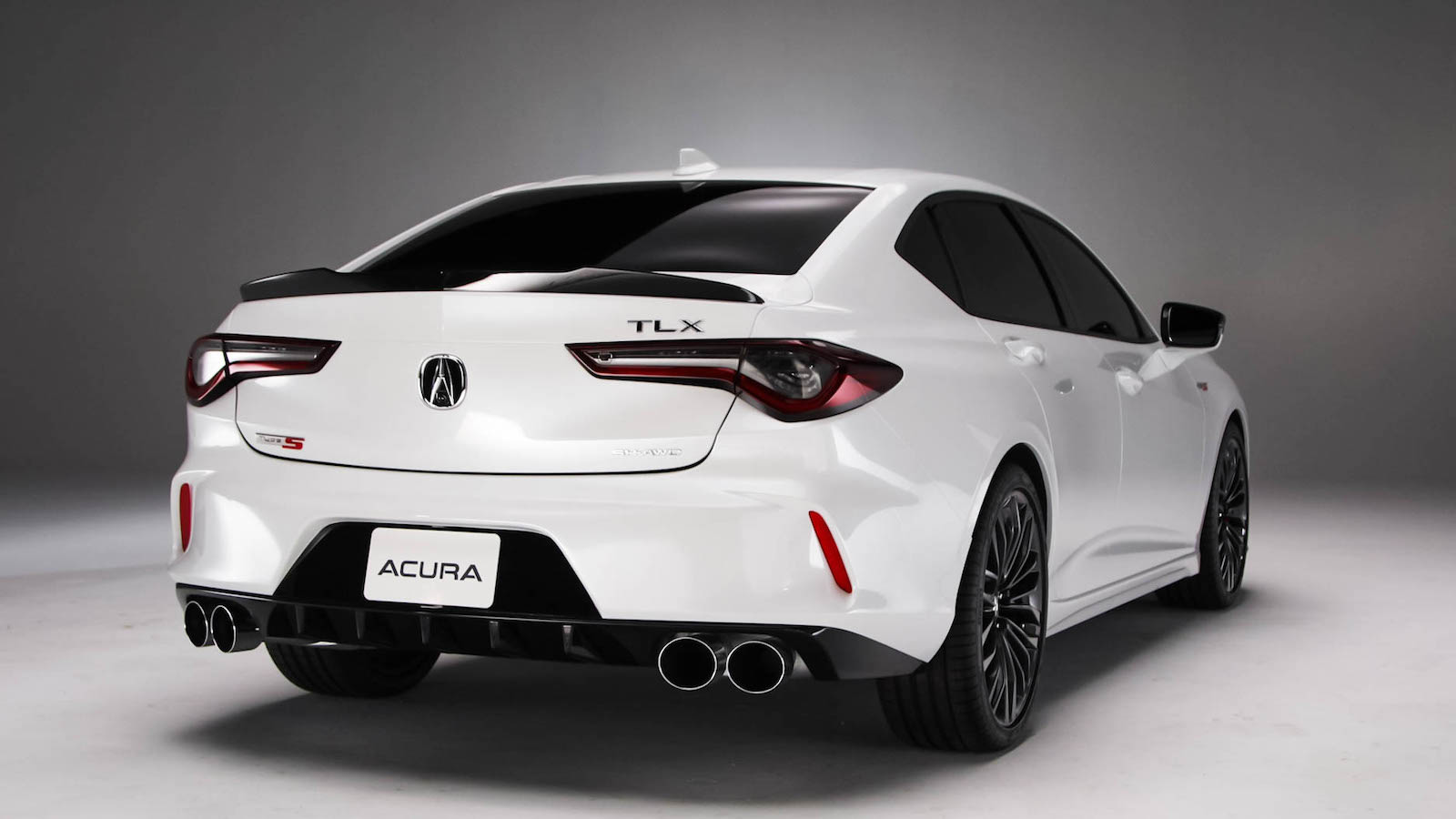 The 2021 Acura TLX Type S goes several steps past the A-Spec with a so-called Diamond Pentagon grille and larger side air intakes. A front splitter and rear diffuser join the requisite rear spoiler to round out the aero package. Quad exhaust tips and 20-inch wheels are also included as part of the package. But the big news is underhood, with a 3.0-liter turbocharged V6 serving as the headliner. Acura hasn't yet released power figures for the Type S, but promises it will be much more powerful than the outgoing 3.5-liter V6 with "a more than 50-percent increase in low-end torque."

Standard TLX models will get a new 2.0-liter turbocharged four-cylinder engine that produces 272 horsepower and 280 pound-feet of torque. That's 66 hp and 98 lb-ft more than the previous naturally aspirated 2.4-liter engine, and Acura says there are 123 additional lb-ft at 1,500 rpm. Both engines will send their ponies through a 10-speed automatic transmission. Front-wheel drive is standard, and Acura's fourth-generation torque vectoring Super Handling All-Wheel Drive system will be standard on the Type S and optional on other TLX models.

Inside, all TLXs get a tech-rich cabin that features a centrally mounted 10.2-inch display and Acura's latest True Touchpad Interface. A 7-inch digital screen in the gauge cluster is standard, and a 10.5-inch head-up display is optional. Acura's Integrated Dynamics System is controlled via a prominent silver dial, and it now offers a customizable Individual mode. 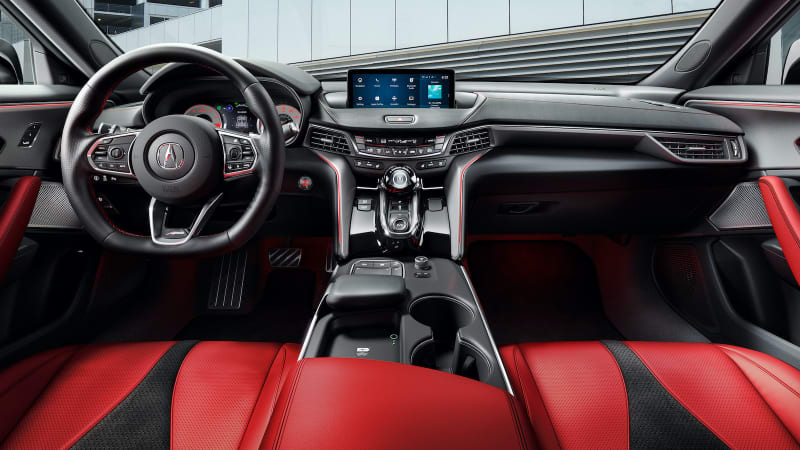 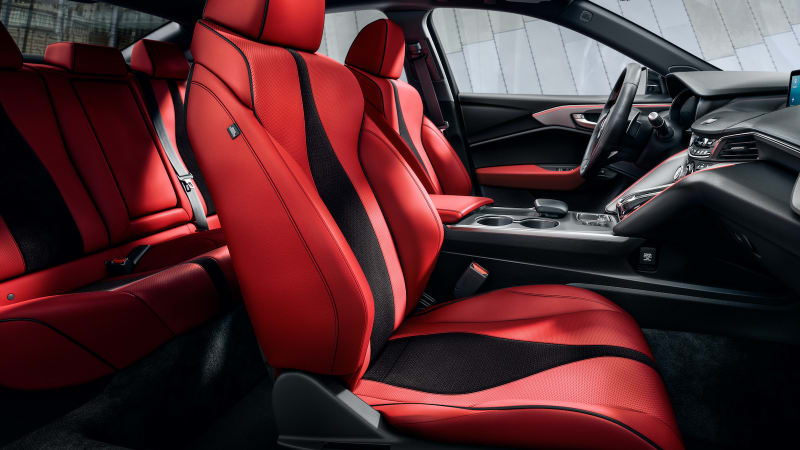 The 2021 TLX sits on a new platform that is stiffer than before — Acura says the only vehicle more rigid in its portfolio is the NSX — and features double-wishbone front suspension in place of the previous model's struts. Cast aluminum front shock tower mounts, the location of the 12-volt battery to the trunk and an electric-servo brake system with bits borrowed from the aforementioned NSX point to the automaker's desire to turn the TSX into a proper sport sedan.

The full suite of AcuraWatch safety and driver-assistive technologies come standard, all of which actively attempt to avoid accidents. The automaker's new three-chamber front passenger airbag design is said to function like a baseball catcher's mitt to cradle the occupant for enhanced protection in frontal collisions.

As we said at the outset, we like what we see here. The final verdict, as always, will depend on the driving experience. We're excited to take Acura's first credible sports sedan in what feels like an eternity for a spin, particularly the Type S. In the meantime, click here to see how the new TLX compares with some of its chief rivals, check out the video below and pretty pictures in our high-res image gallery and let us know what you think in the Comments.