Kia design boss hints at an electric version of the Stinger

That would easily retain its performance features while boosting efficiency

We return to the much-scrutinized Kia Stinger, the critically acclaimed but slow-selling performance sedan whose future is the subject of intense speculation. Thanks to an interview in Top Gear with the head of Kia design, Karim Habib, we now have not only official confirmation that the four-door fastback is getting a mid-cycle refresh, but also some hints about how the model might stick around by evolving.

In the interview, Habib said he hopes that the “spirit of the Stinger” remains as the Kia brand evolves. “As the technology goes toward EVs and as the world and its appetite for these types of cars changes, the concept probably has to evolve as well,” he said.

Is that a hint that the Stinger might eventually go electric? Let’s explore.

Kia has already announced its intentions to launch 11 new electric vehicles globally by 2025, including some with an 800-volt charging system for high-speed charging. They’re doing so on a platform that will be purpose-built for EVs in partnership with Hyundai that can support larger and more powerful electric vehicles than either the Soul EV or Niro EV, Kia’s two existing battery-electric offerings.

Presumably that opens the door to build an electric Stinger or similar four-door sedan — Habib talked about the need to keep the “sporty, affordable, beautiful sculpture” around, if not necessarily the nameplate itself. But electrifying the Stinger would in all likelihood easily eclipse the 255-horsepower from the base 2.0-liter turbo-four and at least match the 365 hp offered by the twin-turbo V6. It would also undoubtedly represent a huge upgrade in fuel economy, which tops out at 25 mpg combined and is one of the Stinger’s few weak points. Kia is also working on battery technology that promises up to 310 miles of driving range.

For now, anyway, we know from spy shots that Kia is preparing to give the Stinger interior and exterior styling updates and, reportedly, slight power boosts by tweaking the existing 2.0-liter and 3.3-liter mills. 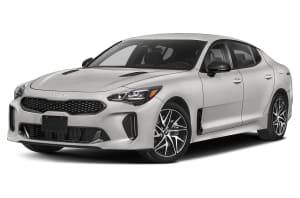 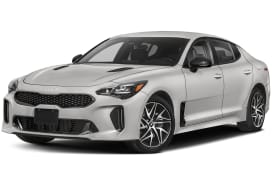 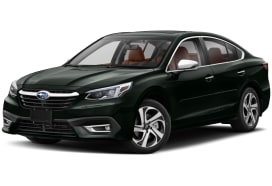 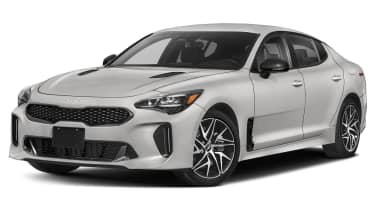 $135 - $392 Nat'l avg. savings off MSRP
See Local Pricing
I'm not in the market for a vehicle at this time. Please move this suggestion to the side for 30 days.
Huge Savings