Open-air electric motoring is coming to the electric truck

Today was supposed to be the day that GM took the wraps off its GMC Hummer EV. We were told as much during the Super Bowl commercial, but GM revised it to an undecided future date, citing the coronavirus as the reason. Instead of the big reveal, we have a teaser.

The Hummer EV is going to feature removable roof panels, and now we get a better look at them. There are four roof panels and a front T-bar that come out of the truck. You can see what that looks like in the video at the top of this post. Comparisons to Jeep are obvious as the open-air experience is likely similar to the Gladiator and Wrangler with their hardtop roof panels removed. That zero-limits slogan makes a bit of sense from this respect. With the sheer number of roof panels, we suspect a single person will be able to remove them alone.

In addition to the video of the roof, we get a small peek at the massive digital screens the Hummer will be sporting. Check them out at the bottom of the photo below. They appear to be two large slabs, separate from each other. 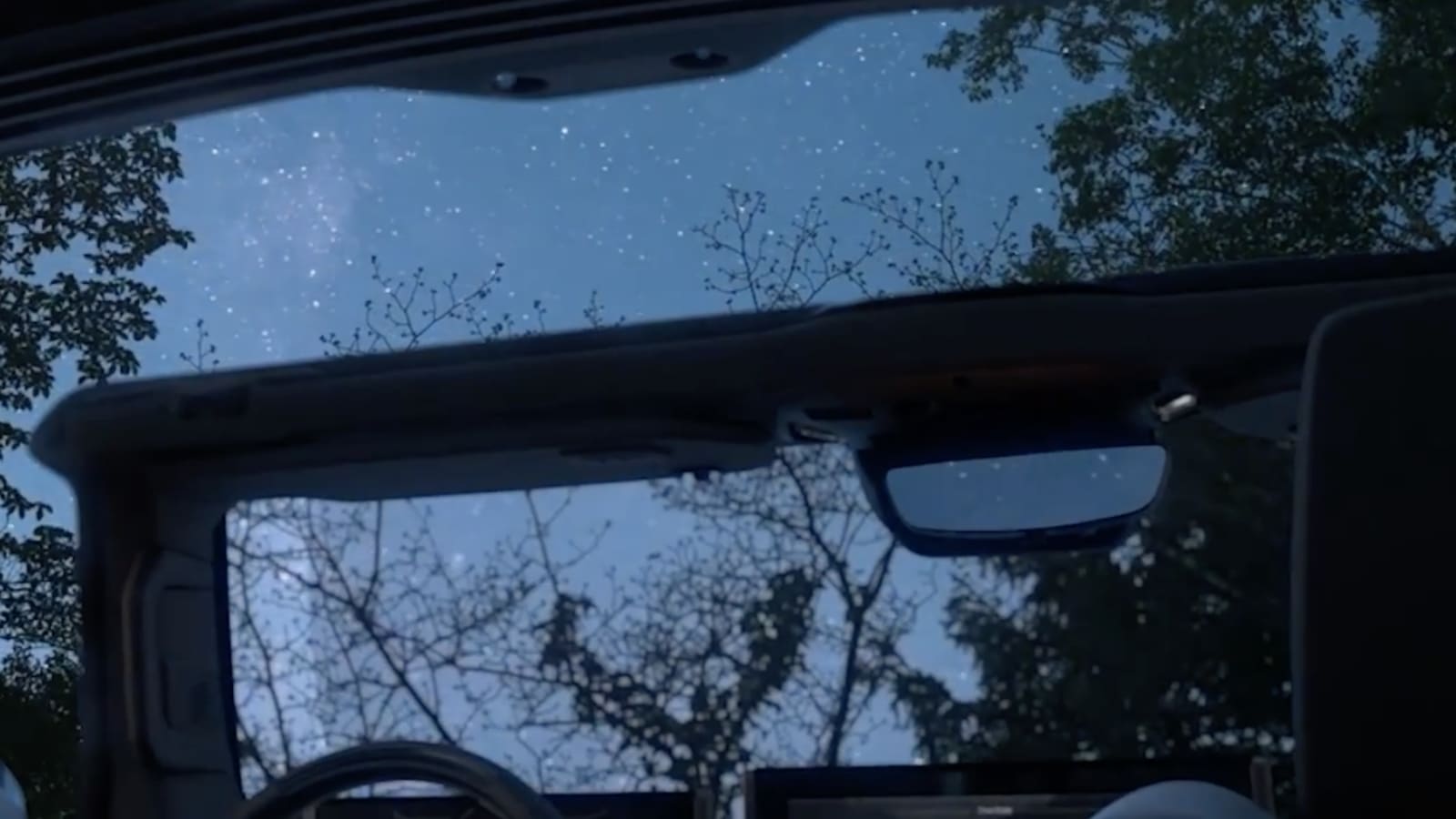 Other details are scarce on the ground. We’re not sure when the Hummer will make its grand entrance at this point, but are still excited to see the 1,000-horsepower truck hit the road. GMC is still advertising the 0-60 mph time of just 3 seconds, too. The latest tidbit of news suggests that further teasers might be coming, so we could be in for a rather drawn out reveal process.

Our senior green editor John Snyder got to see the GMC Hummer in person earlier this year at GM’s EV Day and described it like this: “It’s a big, off-road-ready pickup complete with giant all-terrain rubber and tow hooks. It features removable roof panels for access to the open sky, which appears to be depicted in the teaser above. It features sail panels behind the C-pillars, similar to those on the Chevy Avalanche and Honda Ridgeline. Its bed was concealed with a tonneau cover, but it sported GMC’s MultiPro tailgate that we first saw on the Sierra Denali. Interior photos showed a spacious interior with blocky shapes, squared hourglass vents that mirror the look of the taillights and a lunar theme that incorporates the topography of the Sea of Tranquility into things like the floor mats and speaker covers. It also has a large infotainment screen as well as a digital instrument panel.”