We can't wait to see what's next

We’d wager that a sizable portion of automotive enthusiasts have at some point dreamed of designing and building their own car. Few of us actually ever give it a go, and even fewer end up with a machine that advances past the drawing board all the way to tires hitting the road. Paul Kalenian is different.

Having always been intrigued by Mickey Thompson’s Harvey Aluminum Special Indy racer from the early 1960s, Kalenian set out to work, cutting and laying out aluminum shapes until he had a chassis. Using one lone image of the Thompson Special, he tried to “replicate it using some of Frank Costin’s chassis design ideas and Colin Chapman’s “add lightness” concepts,” Kalenian, who we were introduced to through The Kneeslider, told us.

Kalenian set up a wooden jig using 2x4s, and marked where the aluminum bulkheads would line up. He used a Sharpie to trace out the shape of each piece of aluminum, then sent them off to Alex Herrera to be cut out using a water jet. A welding teacher named Skip Canfield put it all together. 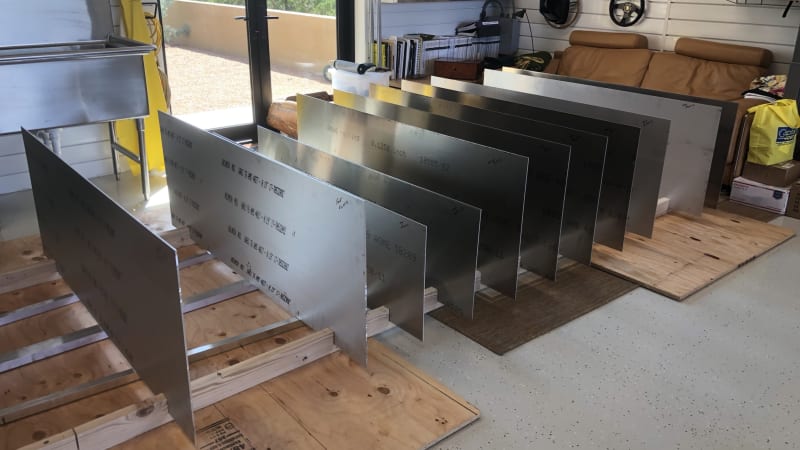 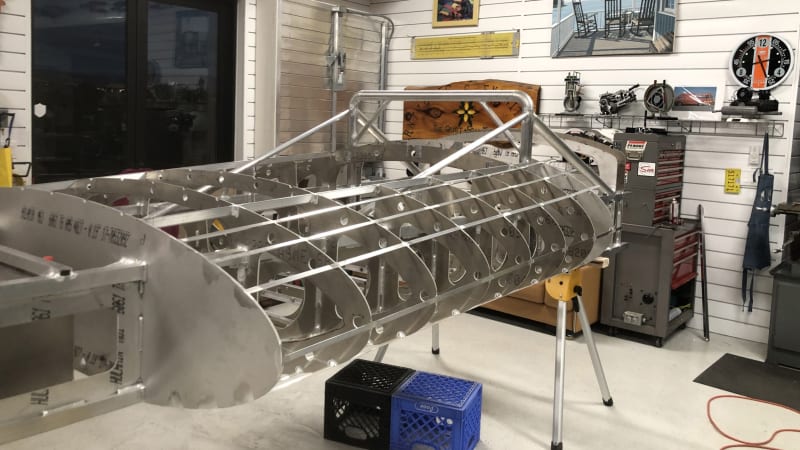 To power his race-inspired machine, which he has since named Lulu, Kalenian sourced a turbocharged four-cylinder LTG crate engine from General Motors that’s rated from the factory at 275 horsepower and 295 pound-feet of torque. The engine is mated to a six-speed manual gearbox, and while it was originally designed for front-wheel-drive applications, in Lulu it’s mounted behind the driver as a structural member. It sends power through halfshafts that were extended an inch longer than stock to prevent a problem Lulu had with CV joint separations.

With help from a neighbor who is also a machinist, suspension A-arms were designed and built along with a rear bellcrank system with pushrods and a rear coilovers that arc over the engine bay. Kalenian told us that one of the most difficult parts of the build involved running the factory GM wiring harness through all those intricate aluminum bits and pieces.

Lulu’s bodywork is also fashioned from aluminum, bent to shape by Kalenian using hand tools and a bending brake. The seats were originally strung up like folding lawn chairs, but those were later swapped for all-aluminum replacements. 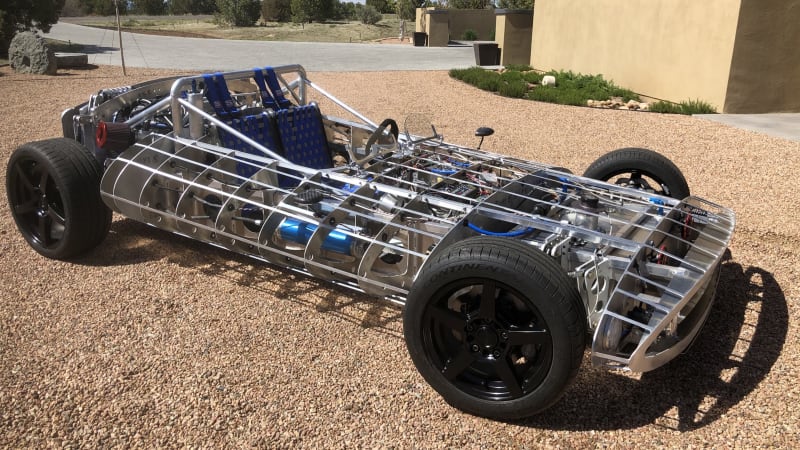 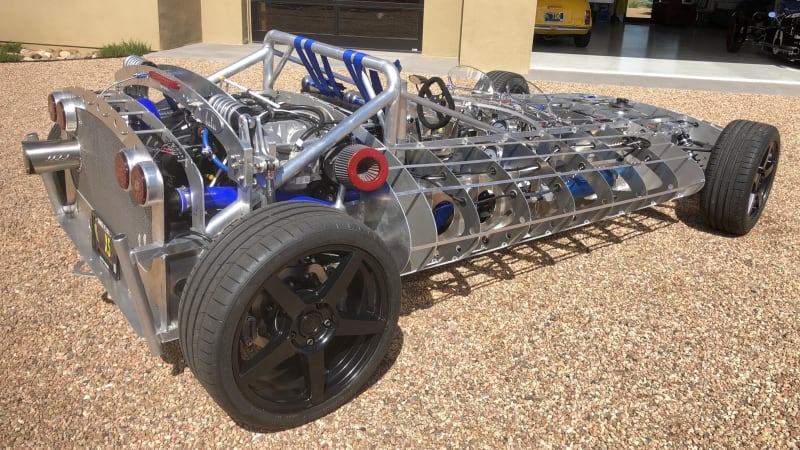 Some tuning work upped power to around 325 ponies, and since Lulu weights only 1,530 pounds wet, this is one serious performance machine. We suggest scrolling through the image gallery up above to truly get a sense of the work that went into this project. Kalenian tells us that living in New Mexico — "the Wild West, where a donkey with a motor can be plated," he says — helped ease the process of registration.

All told, Kalenian spent about 1,500 hours and $35,000 to build Lulu, though he is, of course, still making tweaks. And there’s more to come. Lulu 2 is currently in the works, to be powered by an inline-six-cylinder engine sourced from a BMW K1600 motorcycle and expected to weigh in under 1,000 pounds. We can’t wait to see that project come together.