The Miata is great! Please don't besmirch it by getting the automatic

Somewhere in Hiroshima, a parade of nearly finished Miatas glides along a track waiting to receive their beating hearts, the powertrains that'll let them ply their road-carving talents the world over. One – let's call him Fred – is eager to begin his new life as a 2020 Mazda MX-5 Miata, bringing joy to his future owner and just generally being awesome, even if the RF power targa-ish roof that's already been applied to him is a tad dweeby. Visions of hairpins and power slides and expertly executed heal-toe downshifts dance in his head … and then it happens. He is given the one thing every new Miata dreads: an automatic transmission. Poor guy.

This will not, entirely at least, be yet another diatribe in the ongoing Quixotic campaign to Save the Manuals(!). Automatic transmissions can be quite good and even beneficial in sports cars, especially on the track where removing the need to operate a clutch and expertly execute those heel-toe downshifts lets you better focus on the steering, what the chassis is doing and just going faster. That the computers can shift quicker than you can is another obvious advantage.

The trouble with the Miata, and why Fred is now shuffling off the line like George Michael away from the Banana Stand, is that the Mazda six-speed automatic just isn't appropriate for a sports car. The automatics in the rest of Mazda's fleet are actually quite excellent, delivering superior response than rival transmissions, and delivering comparable fuel economy despite possessing fewer gears. However, what works well in a compact crossover like the CX-5 or CX-30 is not necessarily appropriate for a sports car like a Miata.

Unlike the dual-clutch transmissions or even some sport-tuned conventional automatics of various performance-oriented cars, this one doesn't downshift adroitly when braking into a corner, anticipating your imminent need to get back on the power. The plastic paddle shifters lack the reassuring, mechanical feel of the best examples, and then don't produce quick-enough reactions from the transmission when up- or downshifting. I found using the shifter itself, which is at least oriented the correct way – with downshift forward and upshift rearward – to ultimately be more rewarding as it has a more involving action to it. Still, it's nothing compared to the solid, snick-snick action of the six-speed manual. 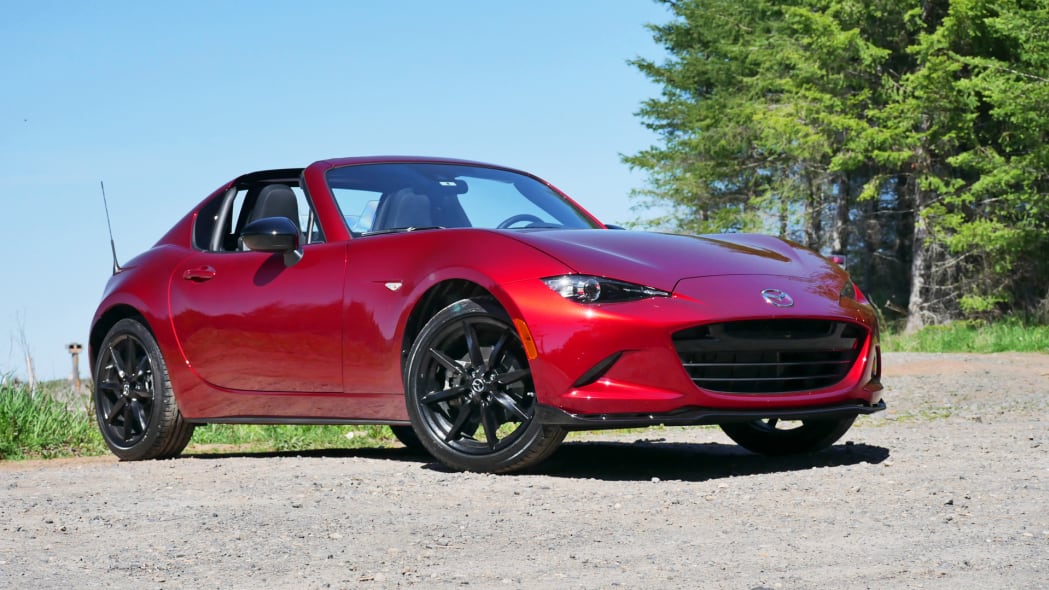 I've often written that Mazdas of various shapes and sizes drive in a way that's best described as "budget Porsche." However, the automatic in the Miata is not akin to Porsche PDK. That's good enough to serve the sporting needs of a 911 or 718 Boxster, while going above-and-beyond what's expected in a Macan. The Mazda automatic is the reverse: it's good enough to be in a Mazda3, but then makes the sportier Miata a shadow of itself.

And it's not just because of the means of shifting gears. When equipped with the automatic, the Miata Club trim level, such as the one we tested, loses its sport-tuned Bilstein dampers. As Dan Edmunds pointed out in his recent Miata Suspension Deep Dive, this is because those dampers require cross bracing that cannot fit with the bulkier automatic. Also missing are the limited-slip differential, a front shock tower brace and the Induction Sound Enhancer that amplifies engine noise without resorting to the sound system (this may explain why the manual car sounds better). The optional Brembo brakes also can't be fitted to an automatic-equipped Club, nor can any of the above be applied to an automatic-equipped Miata Grand Touring as they can with the manual.

As such, what you have here is a neutered Miata. The eager throttle response is still there, nudging you like a devil on your shoulder to peel out of driveways and immediately start doing doughnuts. Its sublime steering is still there, with its light-on-center action giving way to meatier, communicative action thereafter, mimicking what you might feel in an old-school hydraulic steering system. The thin-rim wheel is similarly perfection. And the tiny, lightweight body with long-hood, short-deck proportions is still there, instilling the Miata with a playful nature amplified by its expertly engineered suspension. However, it's also quite obviously missing something intrinsic. 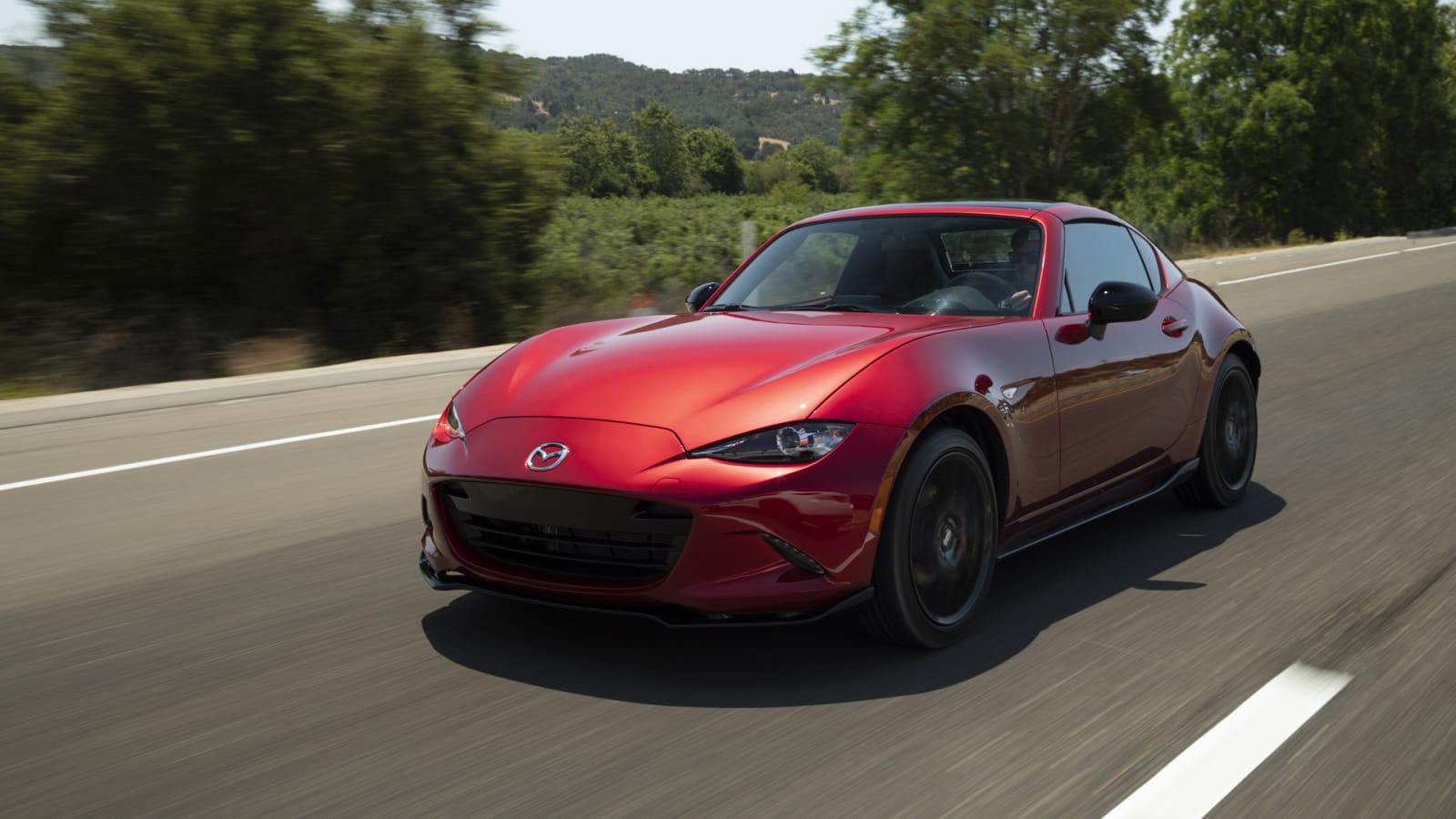 A car like a Miata is all about driving involvement – if you want effortless muscle and speed, you're shopping in the wrong aisle. Furthermore, if you're choosing the automatic because of its easier drivability and subsequent suitability as a daily driver, I'd offer that no Miata is well suited to that task given its claustrophobic cockpit, thinly padded seats and compromised ergonomics (using the infotainment system requires a T-Rex-arm maneuver to the control knob, for instance). The RF model shrinks the cabin even more with its Targa-like roof in place, and then causes excessive noise when stowed due to the remaining crossbar and buttresses.

Really, the Miata we tested is the worst version you can buy. The RF compromises it in one way, the automatic does so in several others, and to top it all off (or perhaps bottom it all out), it costs more money. The RF adds $2,755 to the price of the Club and Grand Touring, while the automatic Club is an extra $600 despite losing all those extra components (the Grand Touring is $525 pricier). Total damage is $35,185, including destination and the exquisite Soul Red Crystal paint.

So please, stick to the regular soft top that can be easily flipped back and forth over your head, which will enjoy a smidgen of extra air above it. And absolutely stick with the standard stick that not only makes the Miata the car it's meant to be, but is also one of the finest manual transmissions you can find in a car anywhere throughout any time. And let's all pour one out for dear Fred. He coulda been a contender. 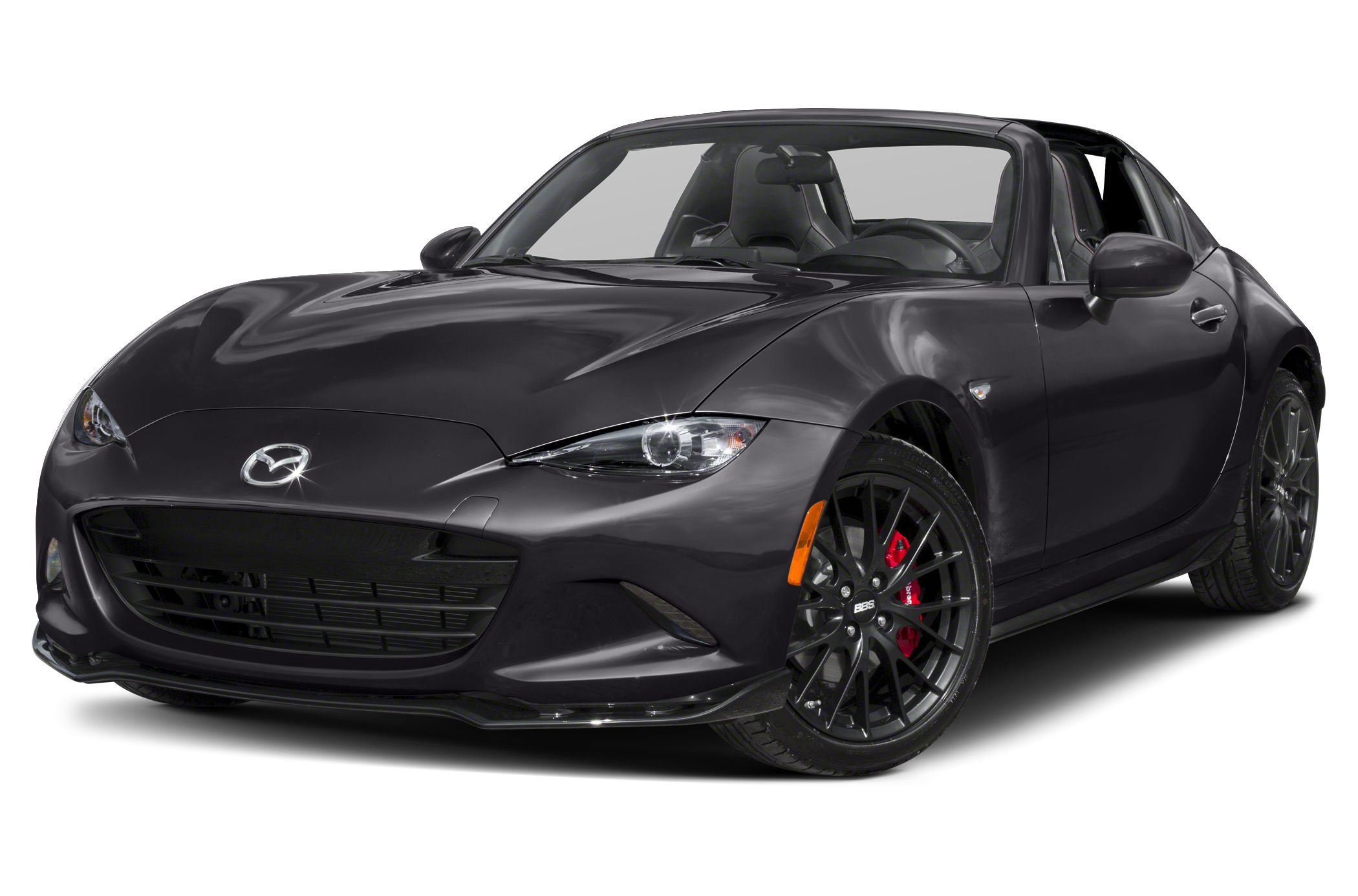 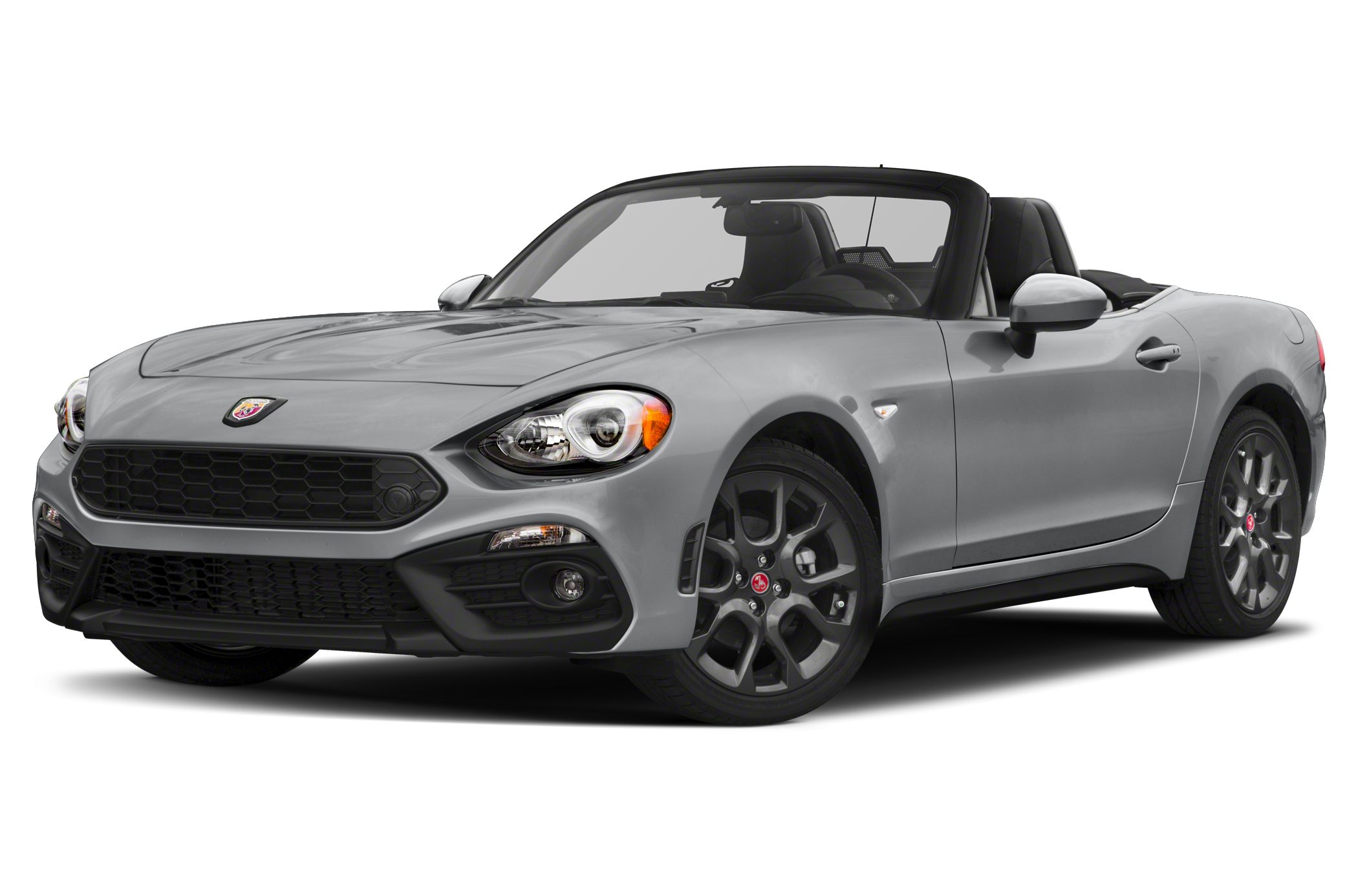 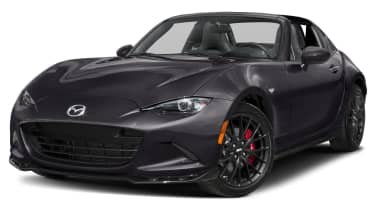 $1,808 - $2,358 Nat'l avg. savings off MSRP
See Local Pricing
I'm not in the market for a vehicle at this time. Please move this suggestion to the side for 30 days.
Huge Savings