The march of 992 Porsche 911 variants will rage on through the coronavirus pandemic, as Porsche plans to hold a virtual reveal for the Targa next Monday, May 18. The original plan was to have the Targa debut at the 2020 Beijing Motor Show, but of course, that event was canceled. It also planned on showing the car at the Porsche Tennis Grand Prix in Stuttgart, but that event was canned too. 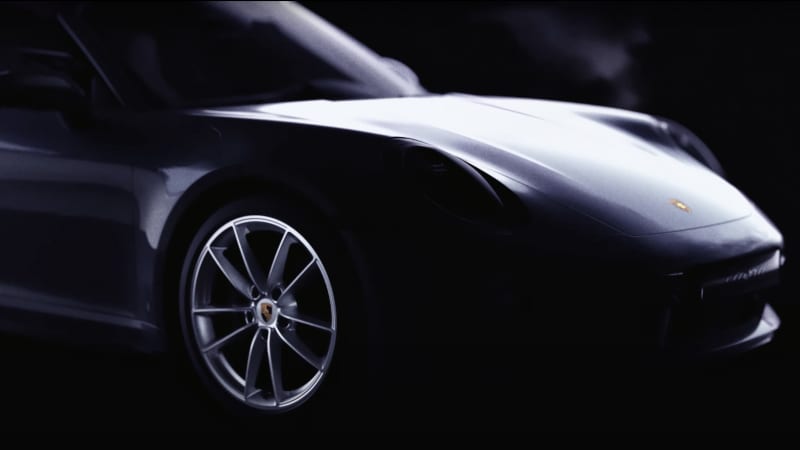 Porsche only offered the Targa in 4, 4S and GTS variants for the 991.2, and it would be logical to see the same thing happen with the new 992 Targa. Though, we may just see the 4 and 4S initially, as Porsche hasn’t yet released the GTS in coupe or convertible body styles yet. The couple quick teasers from the video Porsche provides are hardly worth getting excited about, because we’ve already spied the new Targa wearing next to no camouflage at the Nürburgring. It is very obviously going to receive a rendition of the complex and funky roof mechanism seen on the previous-gen 911. The couple that we saw had a darkened roll hoop and roof panel, but the teaser shows a car featuring the bright metal finish too. Expect both looks to be available. From our vantage point, the teaser car looks as though it’s done up in GT Silver Metallic with a red contrasting roof. Just like the standard Carrera, this one also has the wide hips. Really, everything but the greenhouse is the same as a standard 911. Changing the roof and greenhouse sure does make a world of difference to the looks, though. We’re excited to see the car revealed in full Monday, so check back then for full details on the latest 911 news.