The 2020 Alfa Romeo Giulia's infotainment system is new, but is it better?

Byron puts the system through its paces in this walkthrough

When Alfa Romeo introduced the Giulia in 2017, it was praised for its its on-road manners, its gorgeous styling and its performance credentials. It was criticized for, well, just about everything else, including a clunky, low-resolution and feature-light infotainment system.

Enthusiasts can forgive many of a car's flaws so long as the driving experience is stellar, and for that reason, the Giulia quickly became a darling. But Alfa can't depend on enthusiasts alone to buy its cars; they need to be seen as legitimate players in the luxury market, and to do that, they need interior tech and materials to match their price points.

For 2020, Alfa Romeo addressed the Giulia's shortcomings. The infotainment system was overhauled, with a new 8.8-inch touchscreen headlining a host of additional features. The Giulia now has acoustic glass for a quieter, more luxurious cabin, and some much-needed material improvements on the steering wheel, dash and center console. There's also a new USB Type-C outlet, a wireless device charging option and some other behind-the-scenes features, like a wireless hot spot and over-the-air firmware update capabilities. 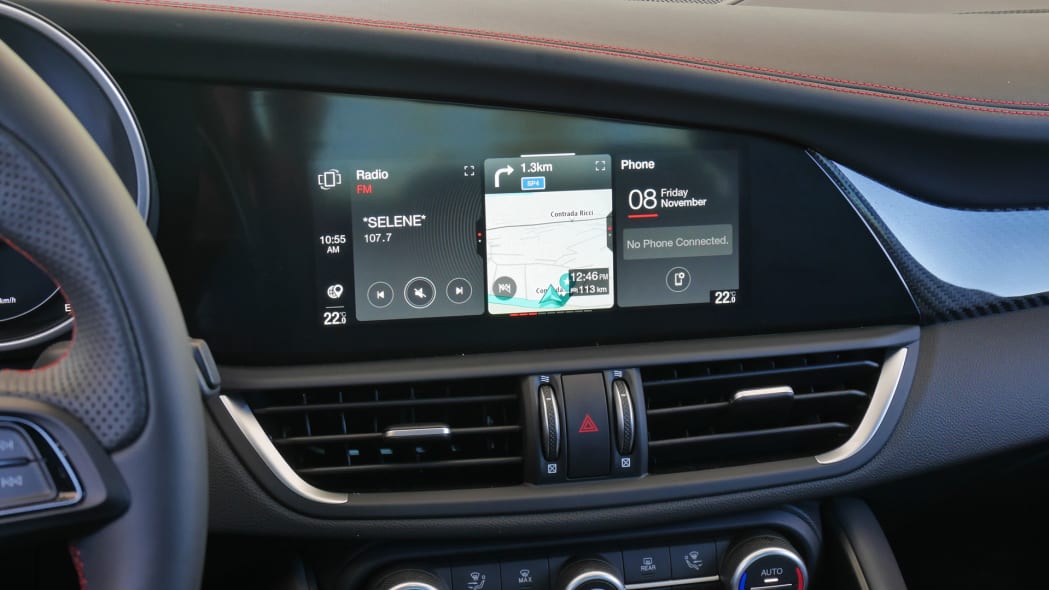 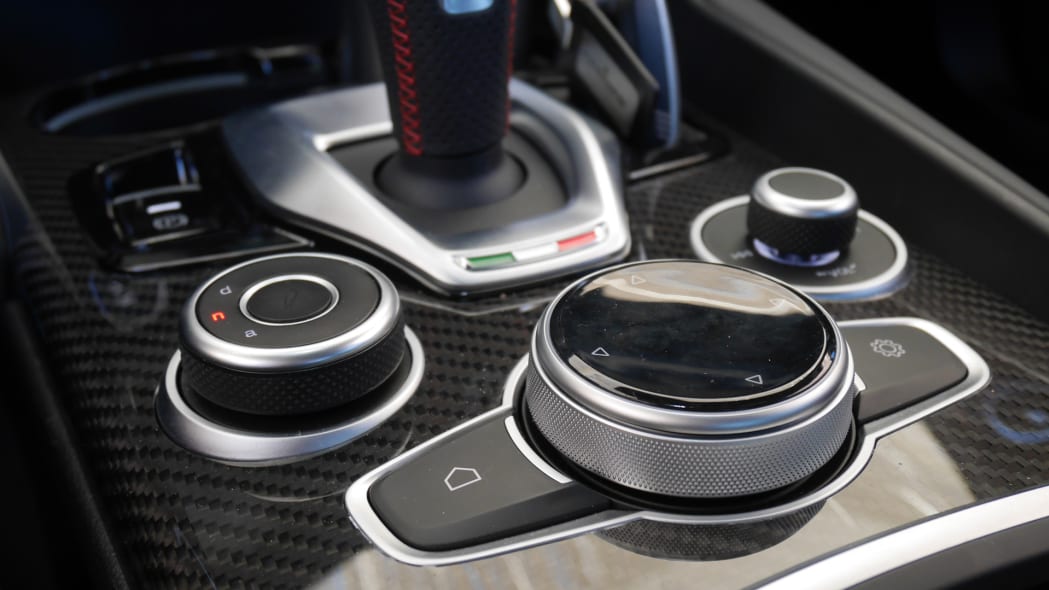 The Giulia's original infotainment system was criticized for its low-res screen with no touch interface, a lack of quick access buttons for key features, and a lack of depth when it came to integrated tech. On paper, Alfa has addressed all of these shortcomings, but I wanted to see how it performs in the real world. To do this, I set aside some time with the 2020 Alfa Romeo Giulia Quadrifoglio to dedicate solely to exploring its new tech features. What I found was a bit of a mixed bag.

Let's start with the interface itself. The 8.8-inch screen used to be an upgrade, but the extra real estate is now standard and, as we mentioned up top, it's now a touchscreen. Both the resolution and the quality of individual page graphics have been significantly improved compared to the old software. Alfa says the underlying hardware was improved to support the improved visual experience.

Improved, perhaps, but not perfected. The interface still lags inputs (especially touch) and lacks a crisp, responsive feel. Even after the system has fully loaded, there's a visible delay between finger gestures and responses from the interface. This is especially annoying when it comes to panels such as navigation, where it can lead to frustrating over-corrections as you try to move around the map display. 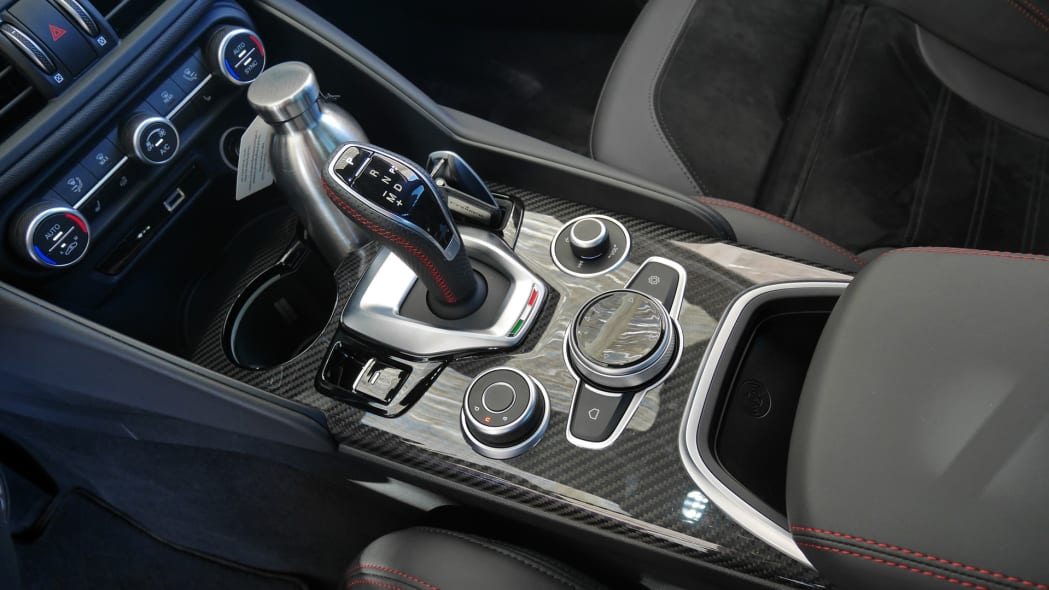 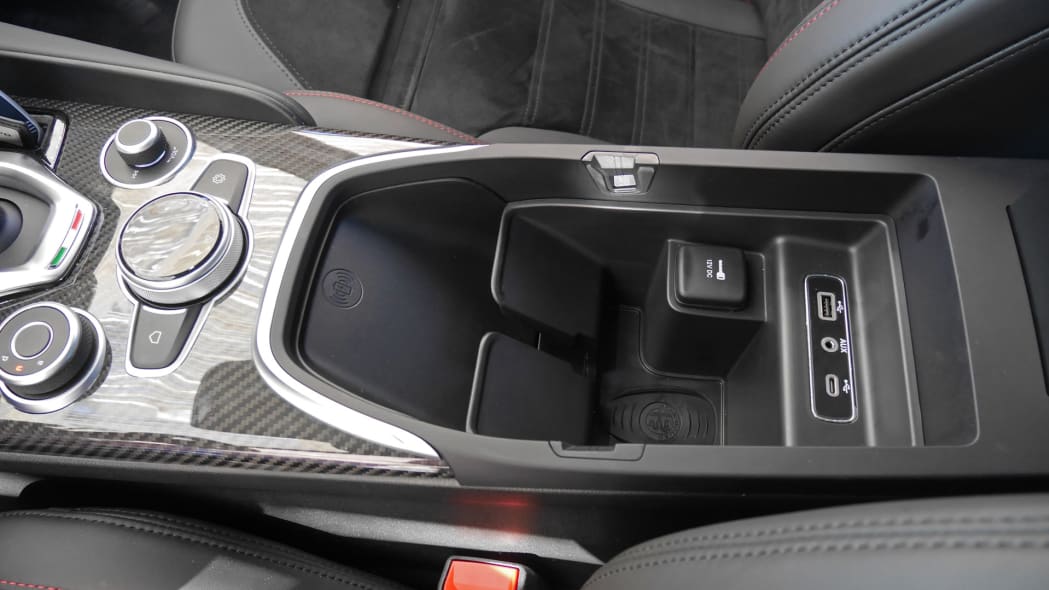 Alfa borrowed from Porsche's bag of tricks by allowing individual tiles on the screen to be resized if you want more in-depth information without expanding it to fill the entire screen. The default layout is three tiles, and these can be arranged to suit your preferences. Some tiles can be expanded to cover two-thirds of the screen, with a second tile in its default size accompanying it. This is especially handy when you're using navigation, and want a larger map view without it taking up the entire space, leaving your media tile visible next to it, for example.

The rotary-dial controls are still in place for those who prefer to do things old-school, and in some ways this is a superior way to interact with the Giulia's various features. Using the knob highlights the tile you're manipulating on the screen, which really helps for quickly navigating between features. The system also responds much more quickly to inputs from the dial than it does to touch inputs, and cycling quickly through the available tiles can be done very rapidly.

The old knob interface is not perfect, though. There are still no quick-access buttons for key features, merely one for "Home" (which brings you back to the first tile in your scroll arrangement) and one for settings. Everything else requires a twist-and-stab to access. There are still fixed, separate controls for HVAC and audio, so you're not required to dig through either system for those.

All-in, the improvements are both noteworthy and welcome. The system is still far from perfect, and still falls short of the Uconnect suite offered in "lesser" FCA products, but it's no longer the bordering-on-embarrassing system that was offered for the first two model years, and that's certainly a good thing. 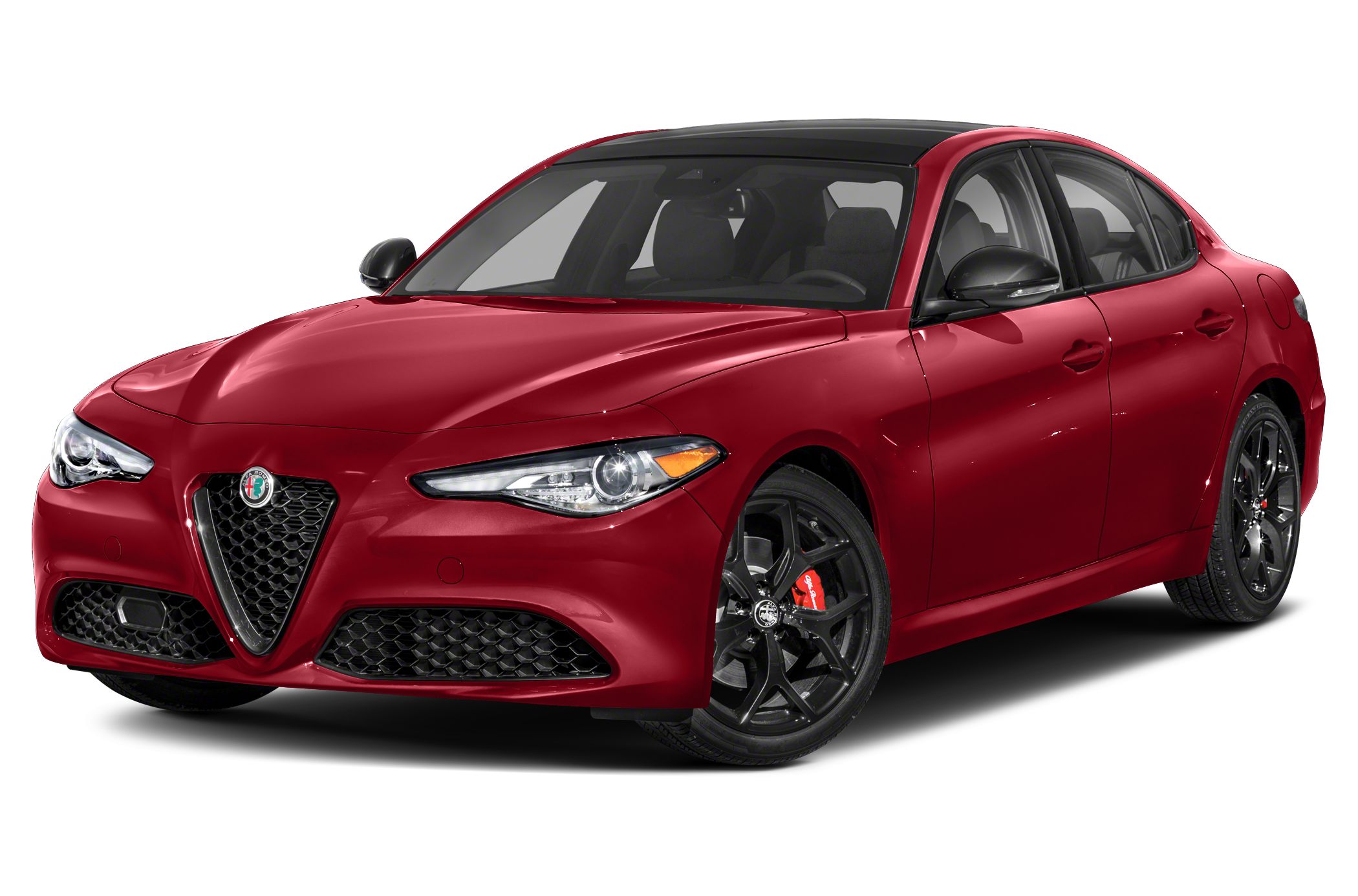 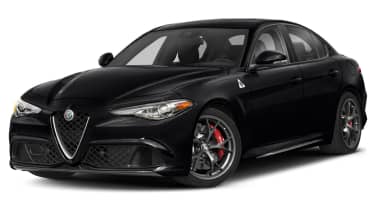 $5,789 - $6,276 Nat'l avg. savings off MSRP
See Local Pricing
I'm not in the market for a vehicle at this time. Please move this suggestion to the side for 30 days.
Huge Savings