Not the vaunted GT-S version, but any AE86 Corolla is an extremely rare sight in the big self-service car graveyards these days.

With all the car graveyards I visit and all the discarded Toyotas I photograph, you'd think that at least a few examples of the legendary AE86 Corolla would have fallen before my camera. I do find these cars, once in a long while, but they're so sought-after that I just find the shells of gutted parts cars, ditched after all the good stuff got extracted (the same thing happens with Subaru WRXs, Mitsubishi Evos, and any two-door Chrysler B-body or GM A-body of the 1964-1973 period). Enthusiasts and collectors love the AE86, here and in Japan, for a combination of cultural reasons we all know well, so I decided I'd document the next one I found in a junkyard, regardless of condition. That turned out to be this '84 notchback coupe in the San Francisco Bay Area. 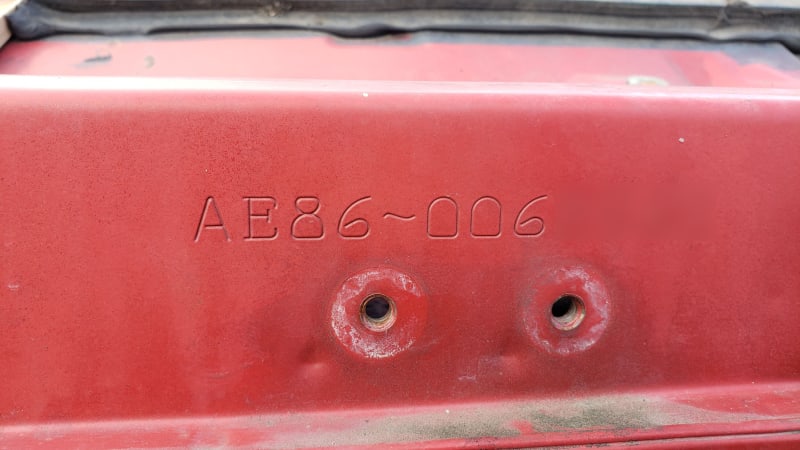 The build tag on the door jamb was gone, but I'm fairly certain that this car started life as an ordinary SR5, not the top-level GT-S. The magical chassis designation remains on the firewall, though. 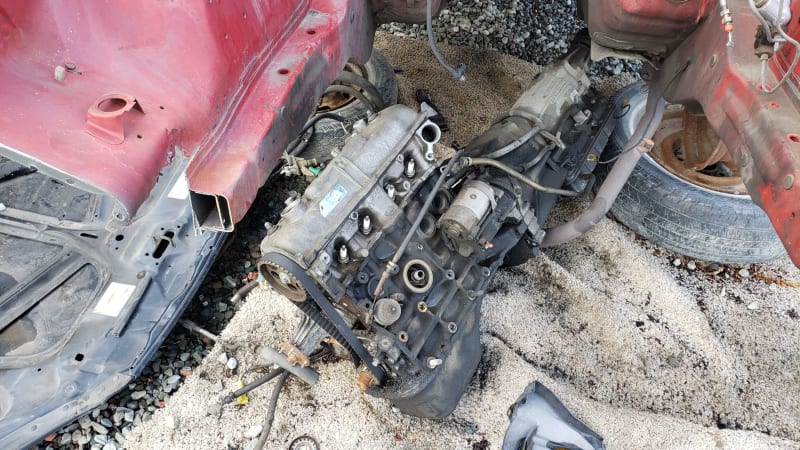 Few junkyard shoppers will bother with a dime-a-dozen SOHC 4A-C engine (87 horsepower) and automatic transmission, so that got left behind by whoever gutted this car. The GT-S got the much hairier DOHC 4A-GE version, which made a laughable-by-2020-standards 112 horsepower. These cars were cheap and fun for their time, just as a '66 Chevy Nova with the base 283-cubic-inch V8 and 3-speed manual was fun in its time, and that's whey they remain so beloved. 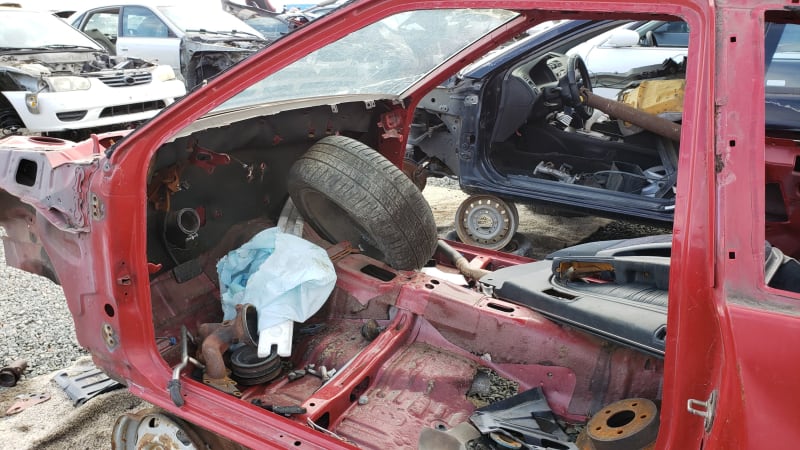 Most of the body and interior bits will swap right onto a GT-S that got trashed from too many years of spilled fast-food meals and scraping of concrete abutments, so all that stuff is long gone now. 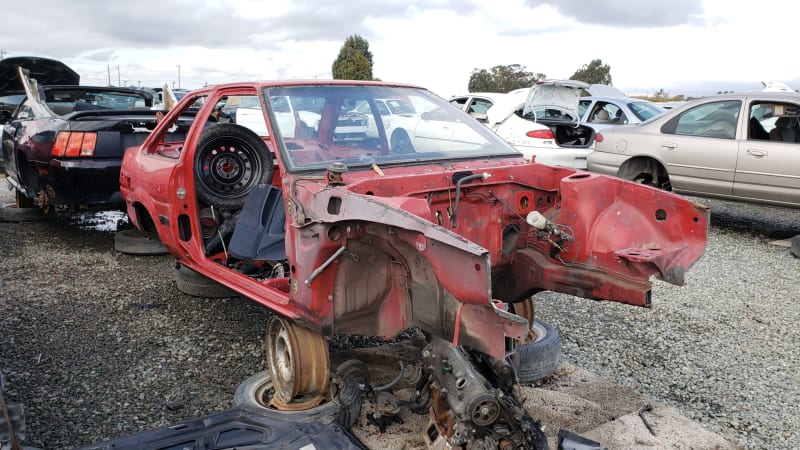 Things got very confusing in the American Corolla world during the middle 1980s, with front-wheel-drive Corolla models sharing showroom floors with unrelated rear-wheel-drive models. In 1987, you could choose between the AE82 Corolla FX16 GT-S and the AE86 Corolla GT-S, depending on whether you wanted to fry the front wheels or the rear wheels with your 4A-GE engine. You can still find the FX16 cars readily enough these days, and they're just as much fun to drive as an AE86 (though your grandma's new Camry will eat up both types).

This Corolla Sport ad had a cast of thousands, or at least hundreds.