After documenting more than 2,000 discarded vehicles since I began the project in 2007, the time has come to fill in some holes in the collection. Namely, the BMW 3 Series, now in its seventh generation since the first North American-market 320i appeared here in the 1977 model year. We've seen junkyardified examples of the pre-3-Series 2002 followed by the E21, E30, and E36; I've been seeing kaput E46s on a regular basis for several years now, so I vowed to shoot the next one I saw while making my car-graveyard rounds. That turned out to be this maltreated '99 323i in Denver. 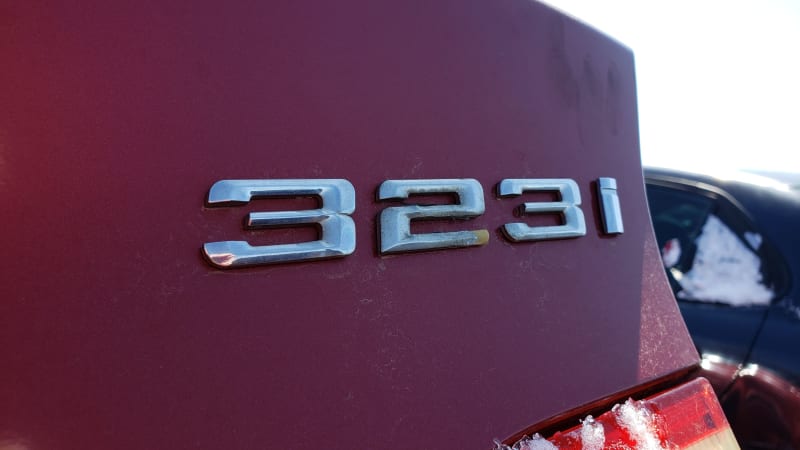 Each successive 3 Series gets heavier and more powerful, with the current G20 3 Series scaling in hundreds of pounds heavier than the 5 Series of the 320i era and coming very close to the heft of the early 7 Series. In 1999, the new 323i lived near the middle of the 3 Series lineup, well above the affordable four-cylinder 318ti on the prestige ladder but far below the mighty M3. 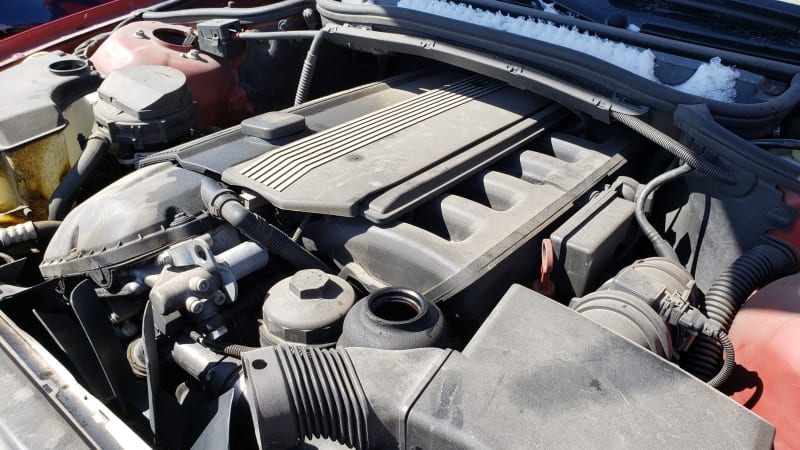 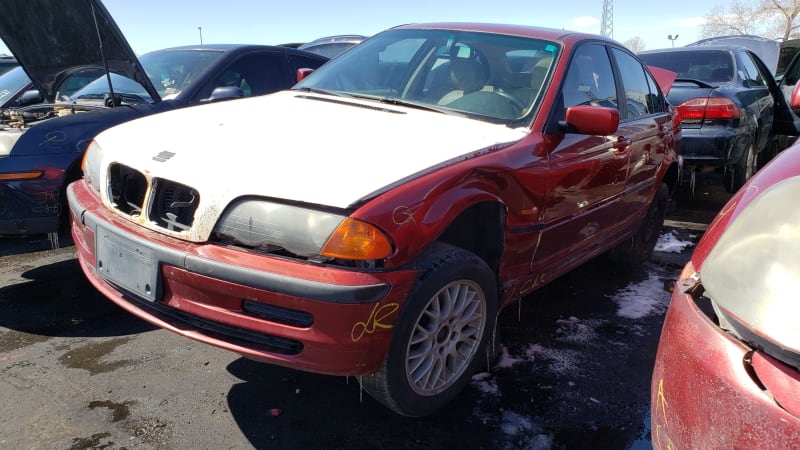 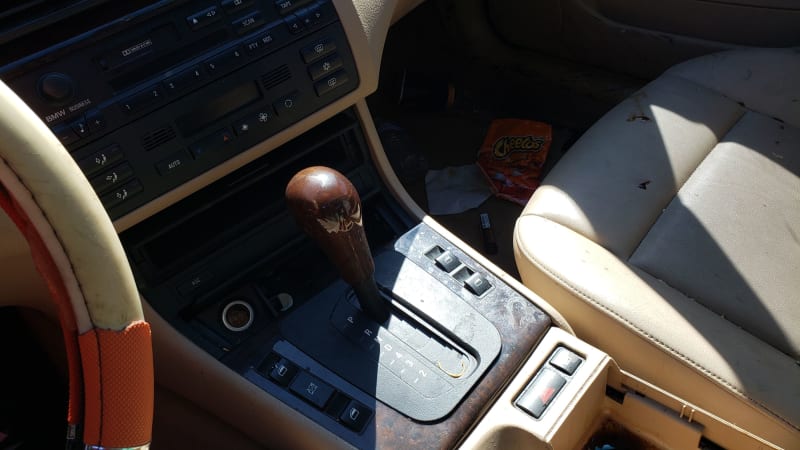 Does it have a manual transmission, you ask? No, it does not. Three-pedal 3 Series cars get increasingly rare as you get through the 1990s and into our current century, and enthusiasts tend to value those cars sufficiently to keep them out of the junkyards… for a few extra years. 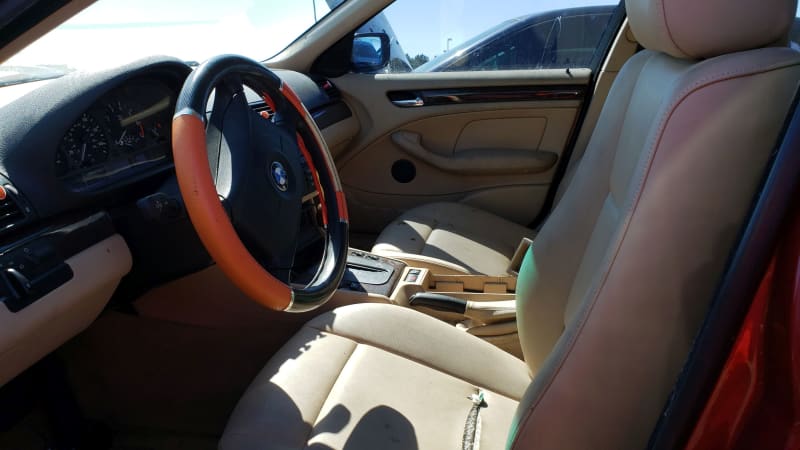 The interior looks reasonably nice, but the mismatched hood tells a story of deferred maintenance and low-budget bodywork.

More room... to stretch out the corners of your mouth.