Winner of Motor Trend's Import Car of the Year award in 1989, now relegated to a Phoenix junkyard

The history of the Mitsubishi Galant in North America goes all the way back to the 1971 model year, when Chrysler imported the first-generation Galant and badged it as the Dodge Colt. Later in the 1970s, we got Galant coupes badged as Dodge Challengers and Plymouth Sapporos, and Mitsubishi began selling Galants (now with front-wheel-drive) with the company's own badging starting in the 1985 model year. The sixth-generation Galant arrived here for the 1989 model year, as a stylish and technology-packed competitor to the Taurus, Camry, and Accord, and it made a fair-sized splash in the automotive world. You'd have a tough time finding one of these cars today, but this '89 appeared in a self-service yard in Phoenix a couple of months back and I was there to document it. 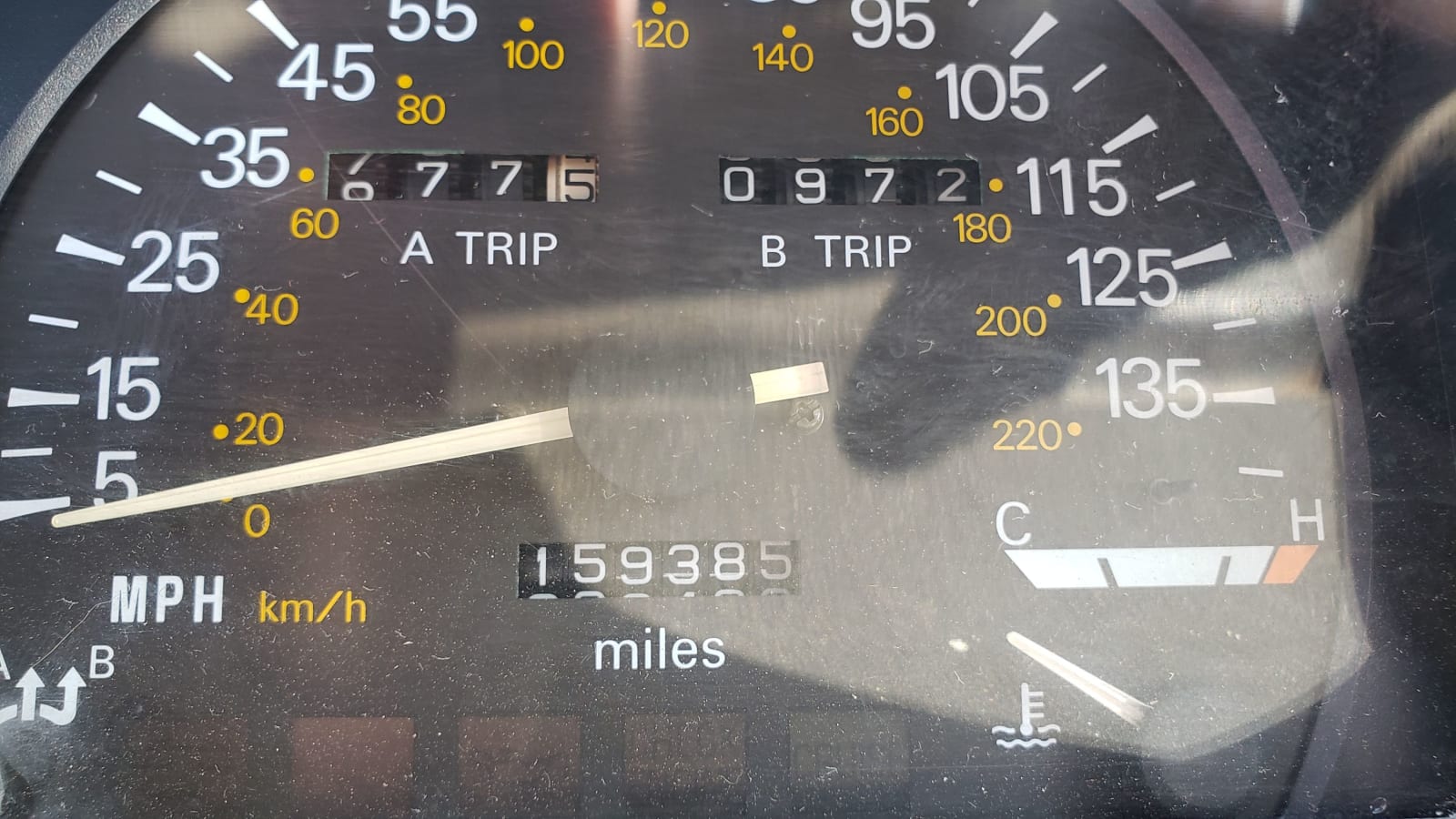 159,385 miles is a respectable total for a 1980s car, and this one looks clean enough to indicate that it had conscientious owners for most of its 31-year life. Check out the dual analog trip counters, the sort of cool little feature Mitsubishi did so well during this era. 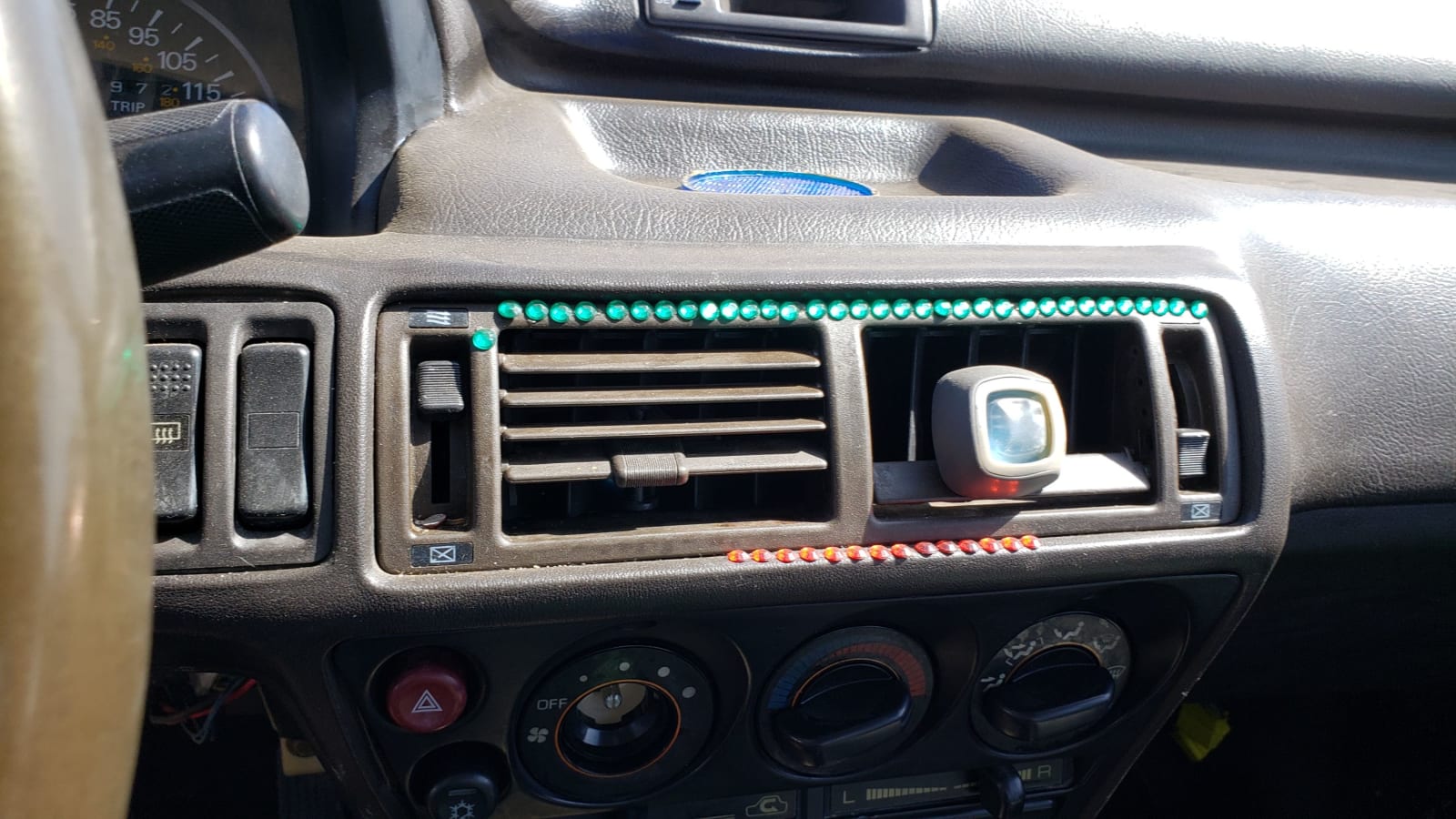 One of this car's owners (probably its final owner) applied glue-on bling to many locations inside the car. 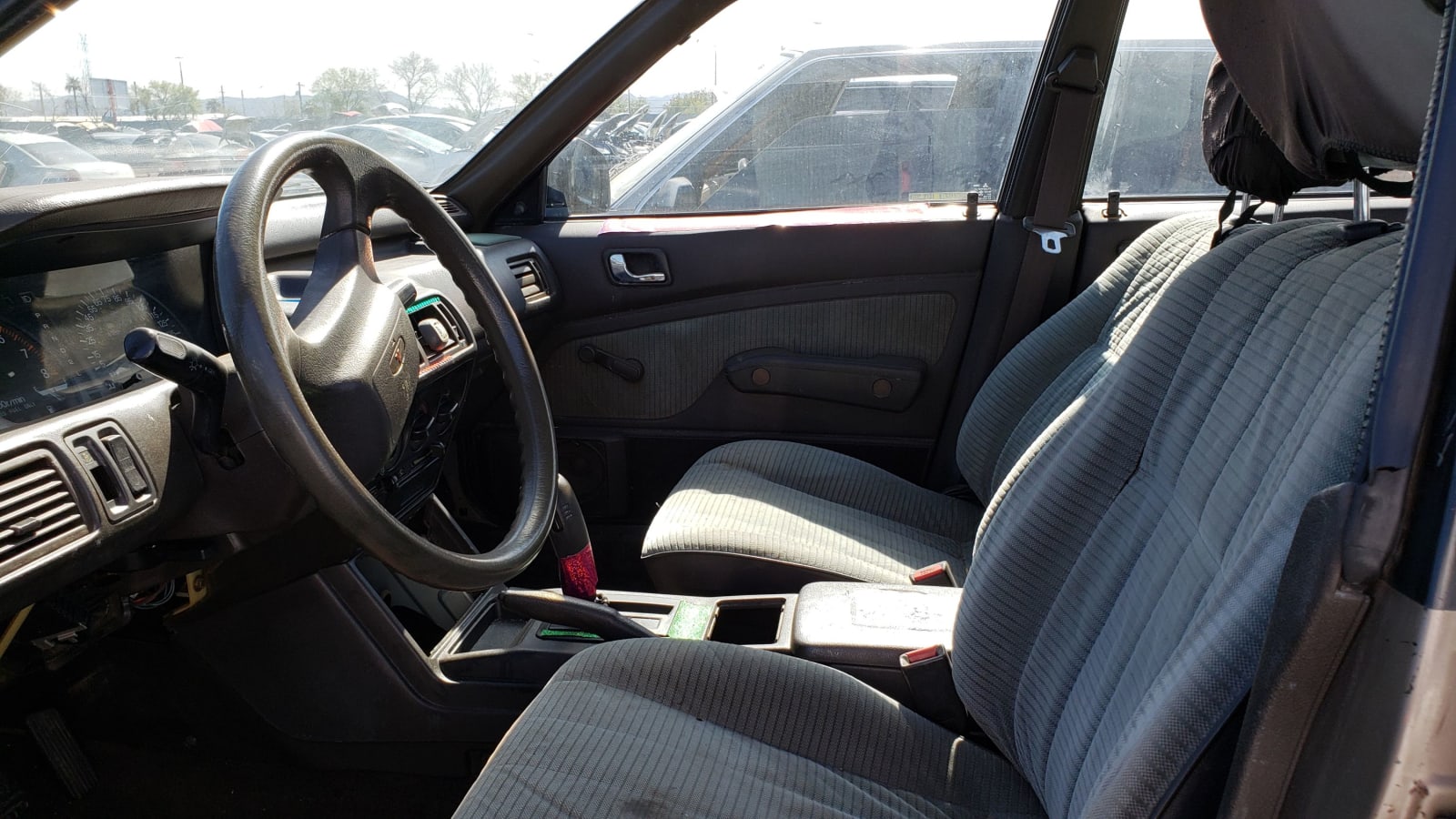 A fairly typical Japanese sedan interior for the late 1980s and early 1990s, though a bit flashier than what Toyota and Honda were doing at the time. 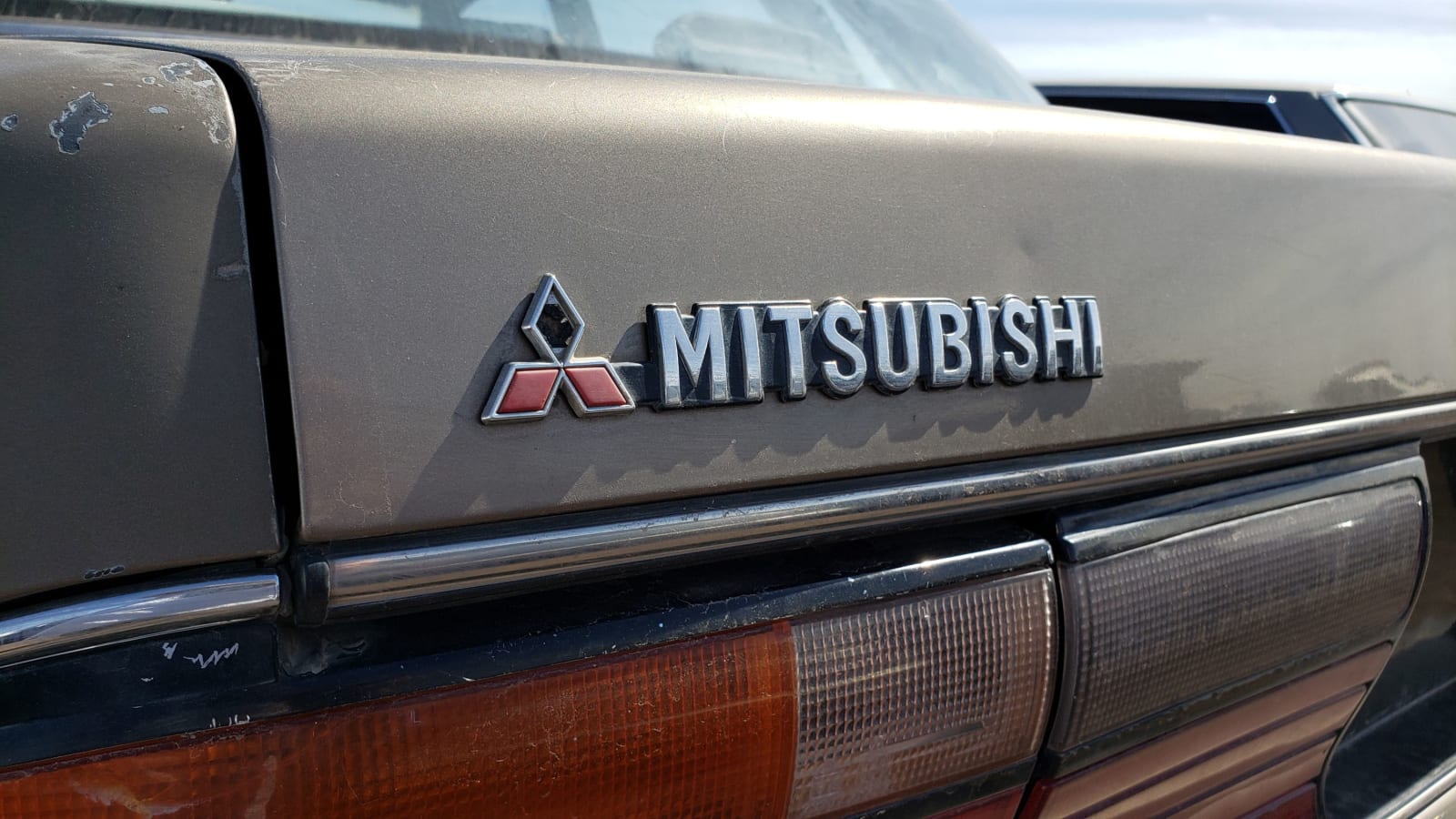 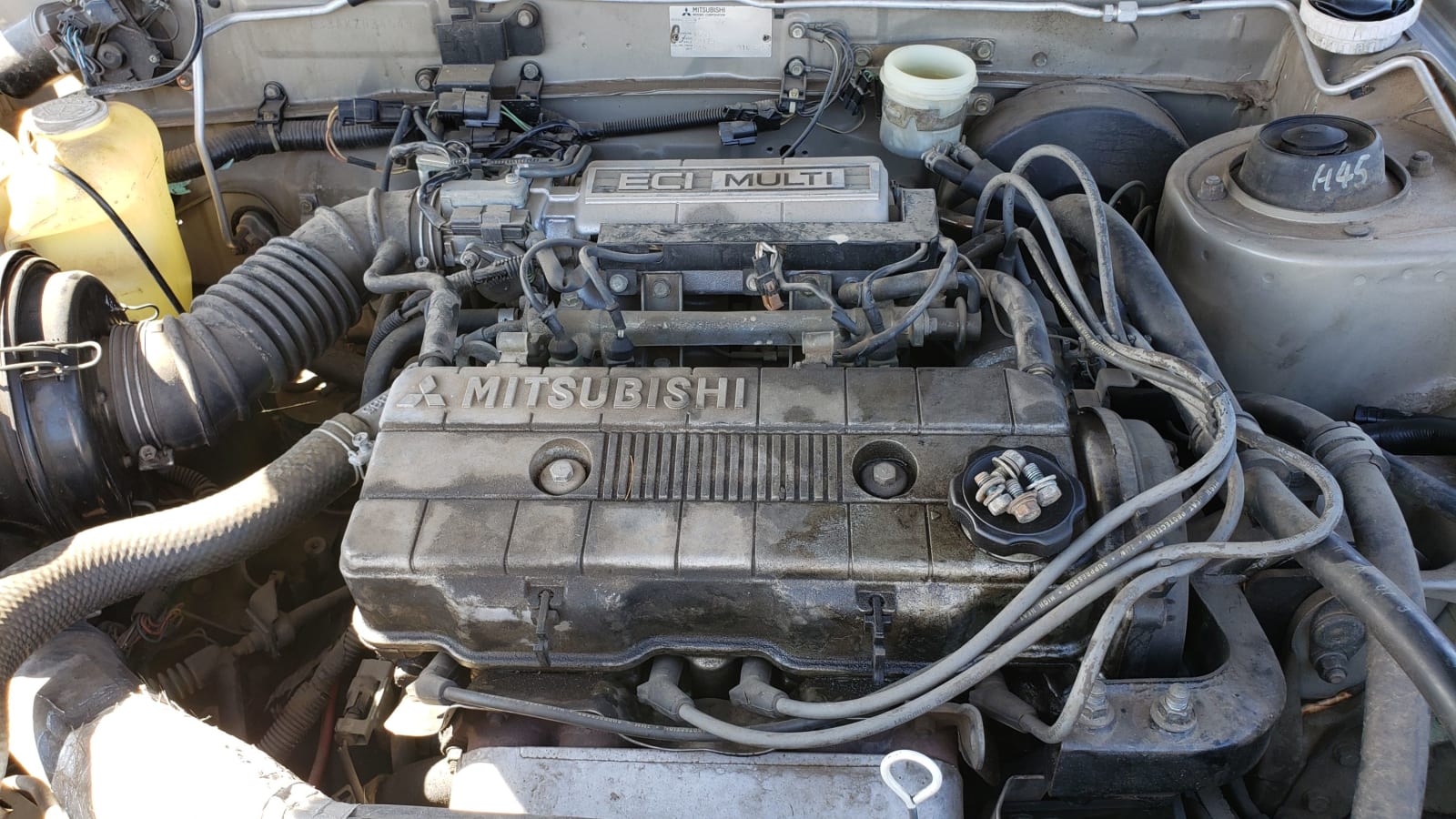 Power came from a 2.0-liter 4G63 Sirius four-cylinder rated at 102 horsepower. This engine went into a list of vehicles longer than a Mitsubishi HIIB rocket, everything from the Eclipse to the Great Wall Coolbear, and you can buy a brand-new BAW BJ2022 Brave Warrior with 4G63 power to this day. 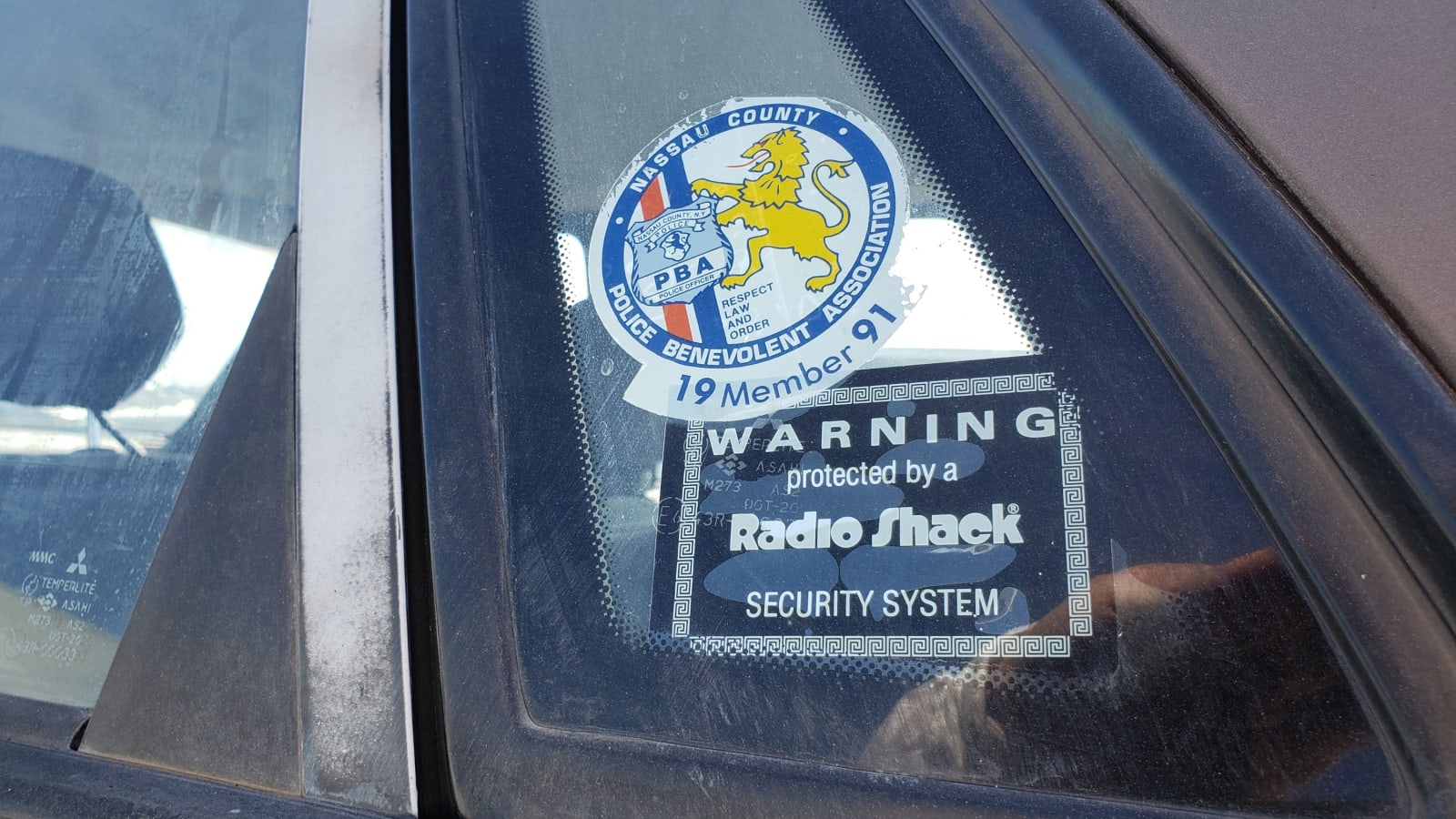 Protected by the Nassau County PBA and Radio Shack. This car must have begun its career in New York, then moved to Arizona. 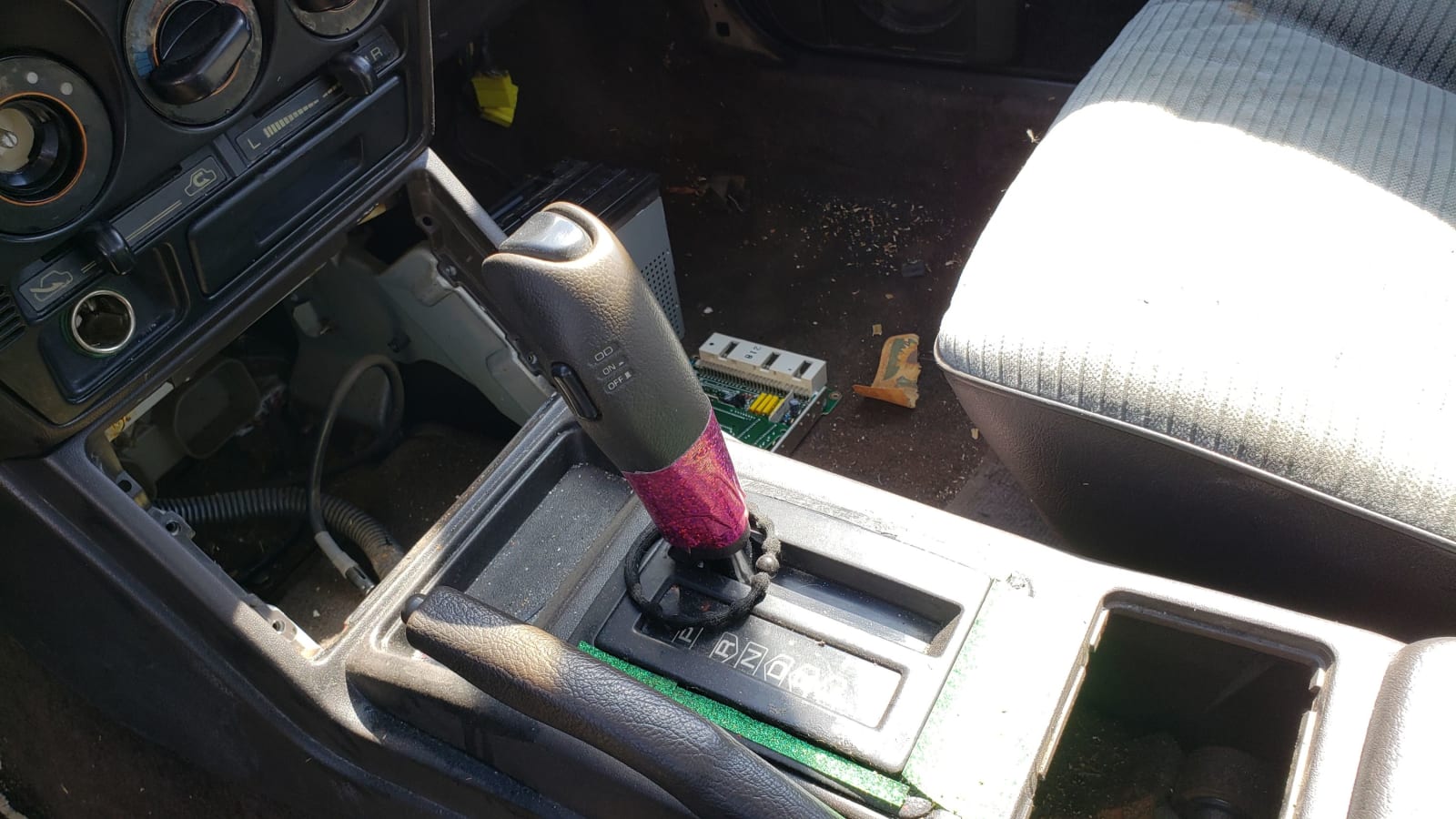 Some Americans still bought midsize sedans with manual transmissions during this era, but their numbers were in steep decline (Ford stopped selling three-pedal Tauruses, other than the SHO after 1988). This car has an automatic, though I have found a bullet-riddled '91 Galant with a 5-speed during my junkyard travels.

Better than a BMW. The word is getting around! Sadly, the last new Galants sold here were 2012 models.

As always, the home-market Mitsubishi ads are more interesting (though nothing will ever measure up to the legendary 1982 JDM Cordia commercial). 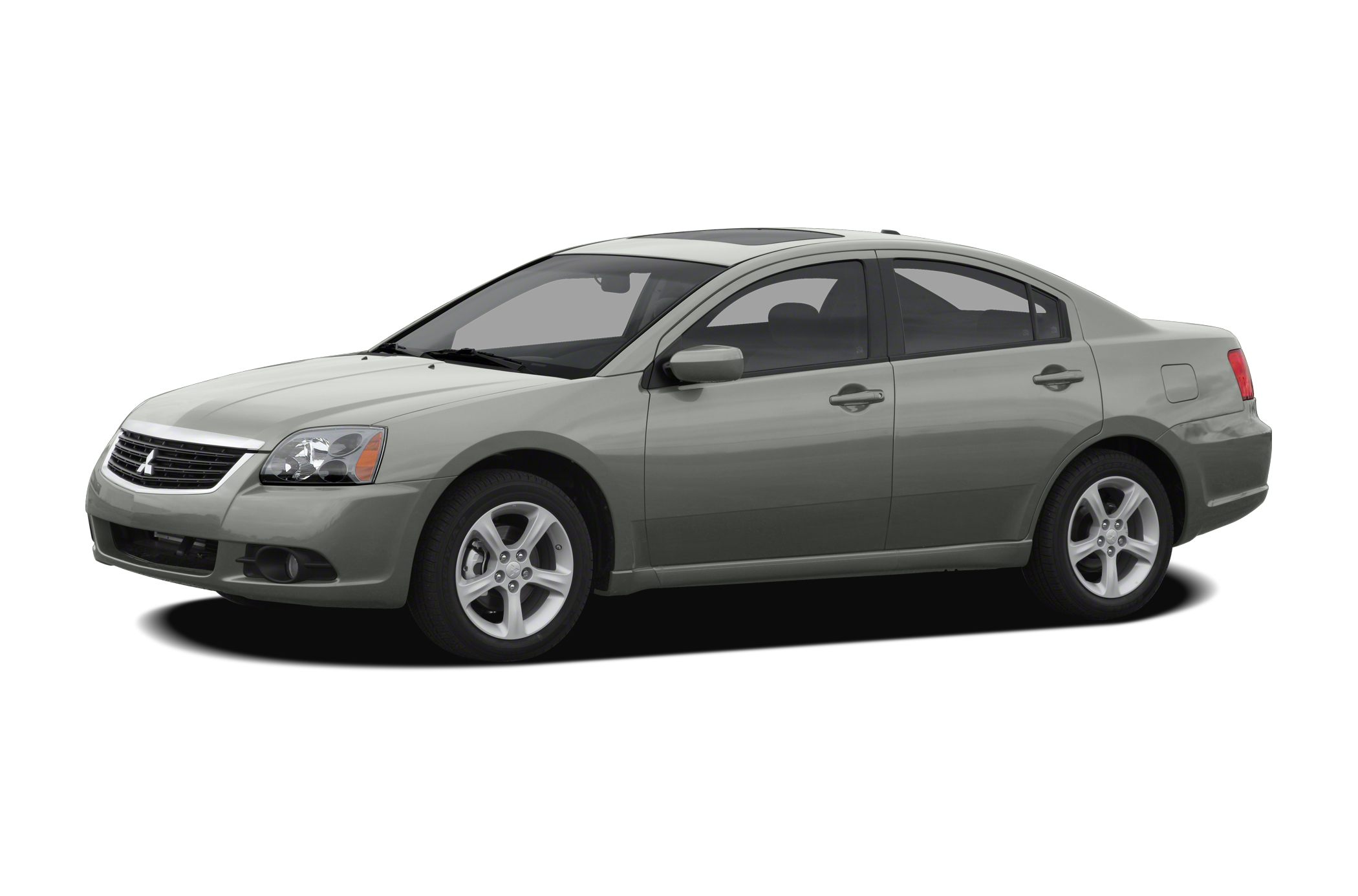