In its time, it was the most expensive Mercedes-Benz you could buy

The last time we had a Mercedes-Benz Junkyard Gem, it was an excruciatingly sensible, built-to-last-for-eternity 240D sedan from the Early Malaise Era. The final year of the Malaise Era came in 1983 — hey, I invented the term, I get to define it — and so here's a devil-may-care, gas-swilling Mercedes-Benz coupe from that year. 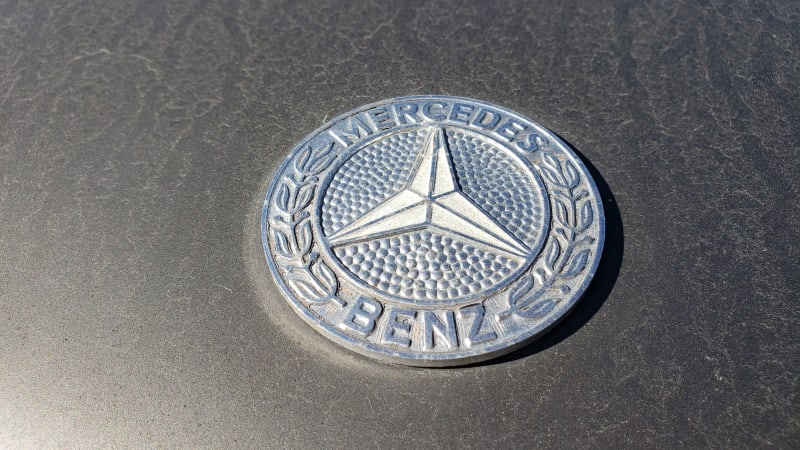 Until the Lexus LS400 came along in the 1990s, nothing on wheels could challenge the Mercedes-Benz W126 S-Class for the combination of leading-edge engineering and build quality. Despite their terrifying complexity, these cars held together very well for decades, and I see many more of them in junkyards now than I did ten years ago. 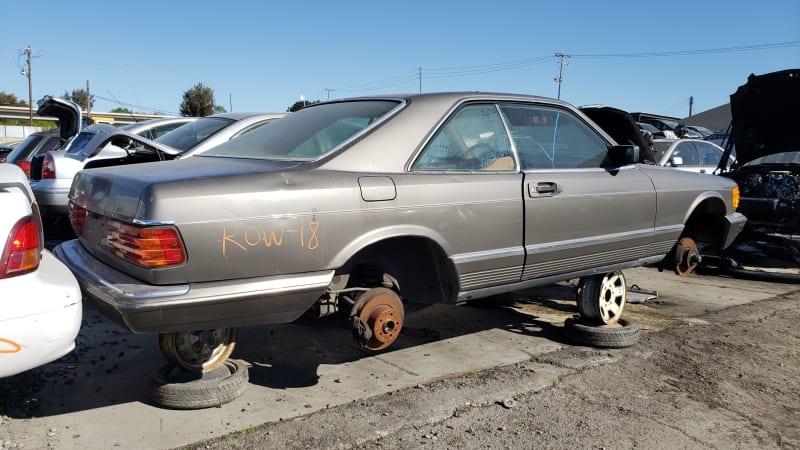 Yes, W126 buyers bought the sedans because they had both wealth and relentless good sense in large helpings. The W126 coupe buyers, on the other hand, tended to have large helpings of white powder on their mirrors, purchased with revenue obtained from somewhat less respectable sources. The fact that these cars could go 300,000 miles didn't mean quite so much to that crowd. 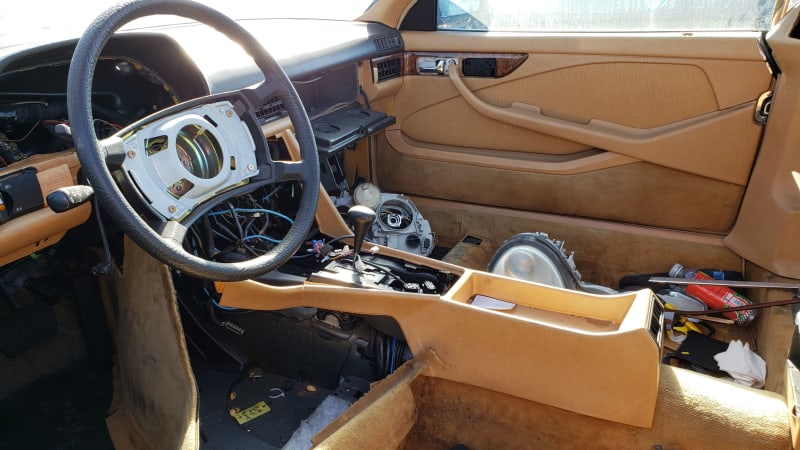 How many miles did this car have when it came here? We'll never know, because the junkyard ecosystem of the San Francisco Bay Area teems with eBay parts-sellers who snap up every single W126 gauge cluster within days of junkyard arrival. 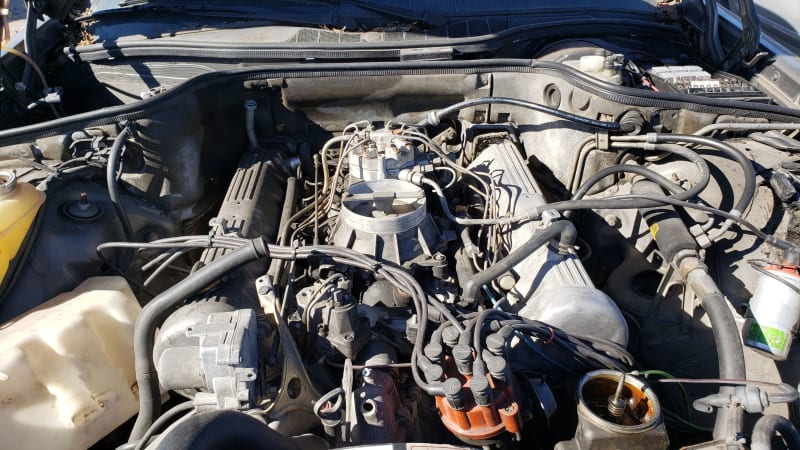 The sheet metal looks very straight and solid, and the interior probably looked decent before junkyard shoppers tore it apart. I'm guessing that this car ended up in a U-Wrench junkyard due to a mechanical problem that would have cost more than a few hundred bucks to fix. 37-year-old German luxury coupes don't sell for much in today's truck-crazed climate. 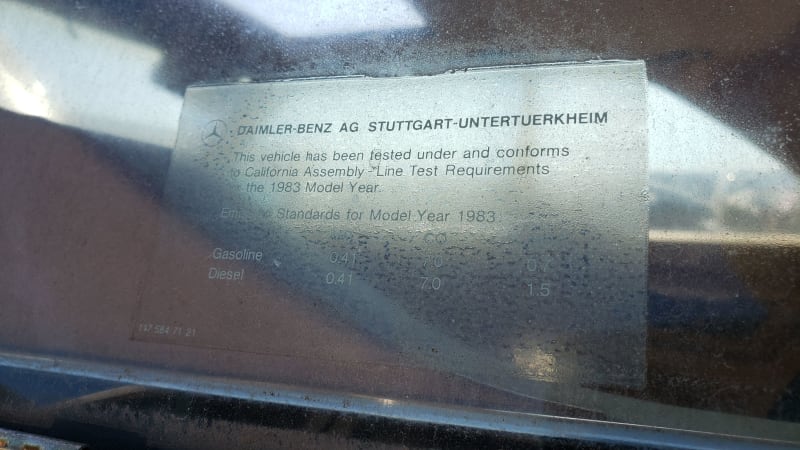 This car was sold new in California and it will be crushed in California. The 3.8-liter V8 engine in the '83 US-market S-Class made 155 horsepower, which was good power at that time (keep in mind that this car weighed just 3,615 pounds, which is a bit less than the weight of most versions of the 2020 C-Class). 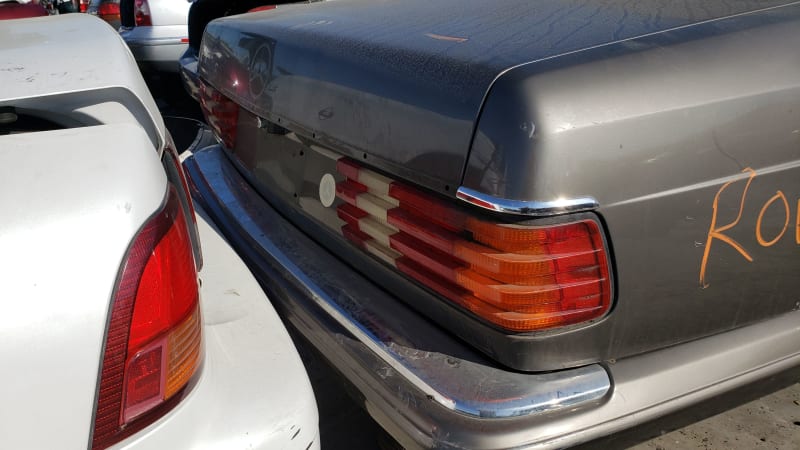 This was the most expensive new Mercedes-Benz you could buy in North America in 1983, with a price tag starting at $53,570 (about $141,400 in 2020 dollars). The United States was just beginning to emerge from a lengthy and punishing recession at that time, with car-loan rates and inflation both remaining high, so it took guts and/or suitcases full of $100 bills to buy a car like this.

This dealership promotional video for the W126 S-Class comes from a few years later than the era of today's Junkyard Gem, but you get the idea.