In response to the coronavirus outbreak, British automotive manufacturer MG Motor U.K. has announced it will supply up to 100 ZS EV electric crossovers to National Health Service (NHS) agencies throughout the United Kingdom. The vehicles will be issued to healthcare workers who are needed to aid the large influx of those who have contracted the COVID-19 illness.

As a way to offer help and support to currently overtaxed healthcare systems, MG is temporarily donating as many as 100 ZS EVs to healthcare workers for up to six months for free. MG calls the workers heroes and sees the vehicles as a way to say thank you to the people risking their lives to fight the overwhelming battle against coronavirus. 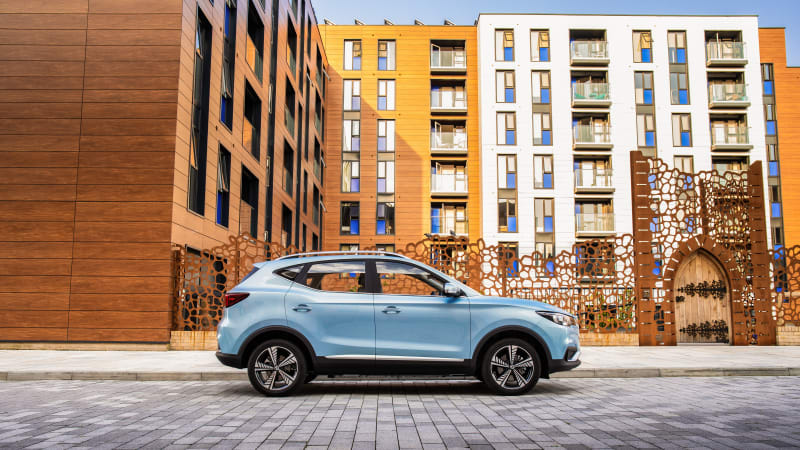 The vehicles will be distributed by the individual dealerships across the U.K. Thus far, six cars have been delivered to Lancashire and South Cumbria NHS Trust by the MG dealer Chorley Group.

"We want to do our bit to help the country to come through this uncertain time," MG Motor U.K. Head of Sales and Marketing Daniel Gregorious was quoted in a press release. "By providing 100 electric cars to our NHS heroes, we hope that we will help to keep healthcare moving so that as many people as possible can receive the support they need."

The MG ZS EV is the fully electric version of MG's ZS crossover. It's about the same length as a Mazda CX-3, seats up to five people, and relies on a synchronous electric motor for propulsion. MG claims the ZS EV has 141 horsepower and 260 lb-ft of torque. It has a 44.5-kWh battery pack, which has a WLTP city range of up to 231 miles and combined range of 163 miles.

MG is one of numerous automotive manufacturers that are stepping up to help in any way they can during the outbreak. Ford is making respirators, ventilators, and face shields; Tesla purchased ventilators for California; FCA is making facemasks and respirators, and General Motors is building ventilators.