And it's even painted Miami Blue

If you're anything like us, you've lost hours of sleep — and perhaps even some productivity; don't worry, we won't tell — fantasizing about your perfect performance car. Maybe it's an existing car with an engine swap; maybe it's just some bolt-on performance.

Or, if you're like Erik Groenendijk de Laat and you have eager student engineers at your disposal, you come up with a wacky project that is both educational and fun. The four Fontys Hogescholen Eindhoven students were overseen by Van Thull Development, a Netherlands-based firm that specializes in carbon bodywork. They also consulted with Van Berlo Design (also in Eindhoven). 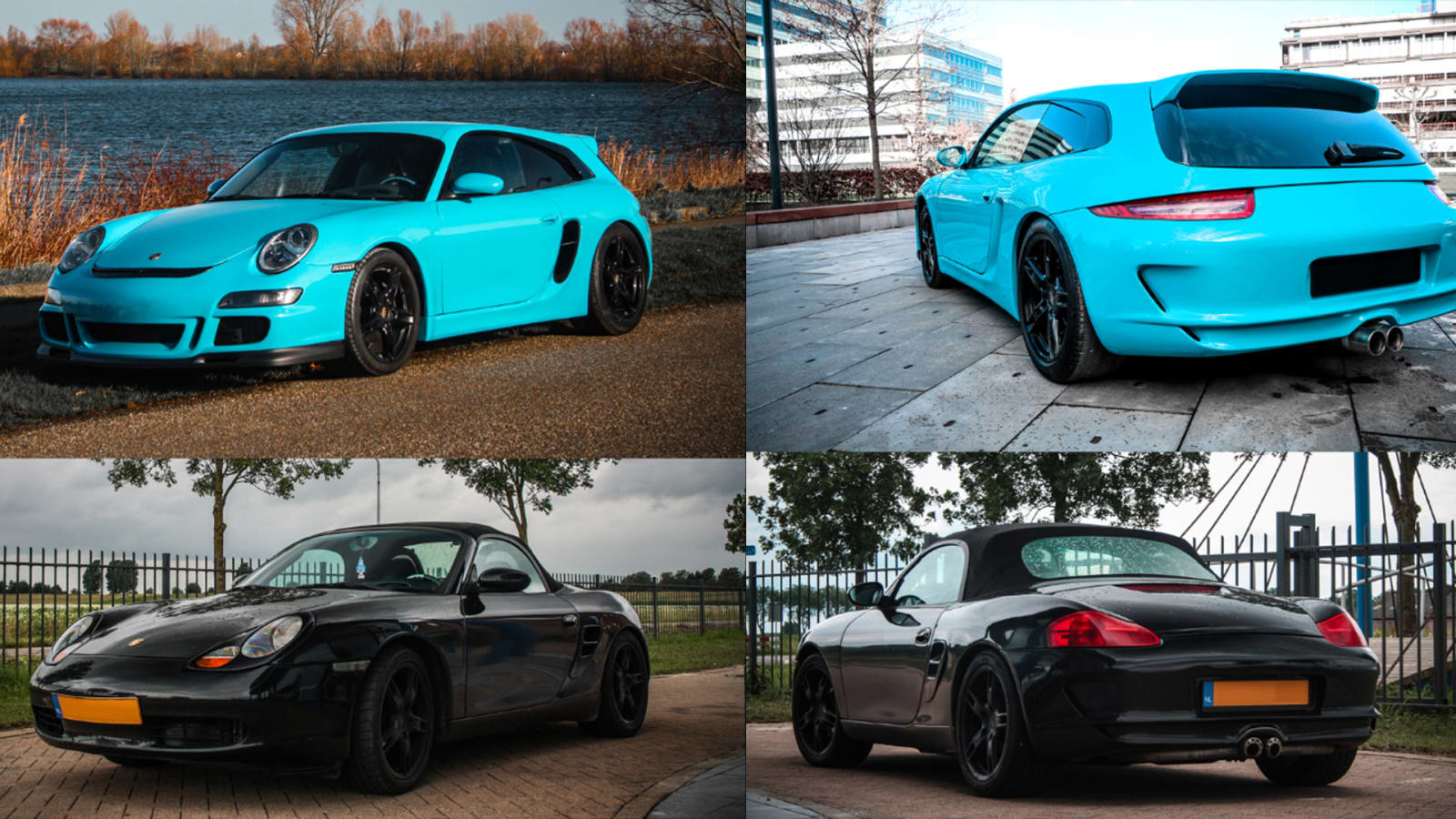 If you're the type to follow custom builds, this project may already have been on your radar for months. Under the Miami Blue paint and custom bodywork is a 986-generation Boxster. The exterior borrows from several generations of Porsche 911 (996, 997 and 991); the hatch itself is from a Peugeot.

Feasibility was the main goal of the project, the team says, and even with full consideration being given to the fact that students have a limited time to dedicate to something so complex, de Laat still had to come up with a second semester course plan in order to give his crew enough time to bring it to fruition.