It's a 1993 Subaru Sambar Dias! It's cute and happy and exactly what we need right now

The news is really depressing. You're stuck at home, hopefully working but possibly not. The kids home from school just ... won't ... calm ... down.

We need something to make us smile, so allow me to present a tiny morsel of happiness that is this 1993 Subaru Sambar Dias van currently up for auction on Bring a Trailer. One might call this a mini van if a minivan wasn't already a thing (and in no way mini any more), but the actual term is a "Kei-class van," referring the Japanese Kei class of vehicles that are teeny-tiny and capped at an engine displacement of 660cc.

Some fun stuff: this Sambar Dias has beautifully maintained cloth upholstery with oh-so-Japanese lace covers for the headrests and upper seat backs. There are also rear captain's chairs, so really, the 1993 Subaru Sambar Dias is exactly like a 2020 Subaru Ascent Touring. It rides on 12-inch wheels, meaning you can use a Chicago deep-dish pizza as a spare tire in a pinch, and there are side wind deflectors because of a reason. There's a cassette deck and crank windows, but as the Sambar is roughly eight inches wide, it should be pretty easy to just reach over from one side to the other and roll'em down. Which is good news since, as a right-hand-drive car, that would otherwise be a pain in the lace-covered neck at drive thrus or parking garages. 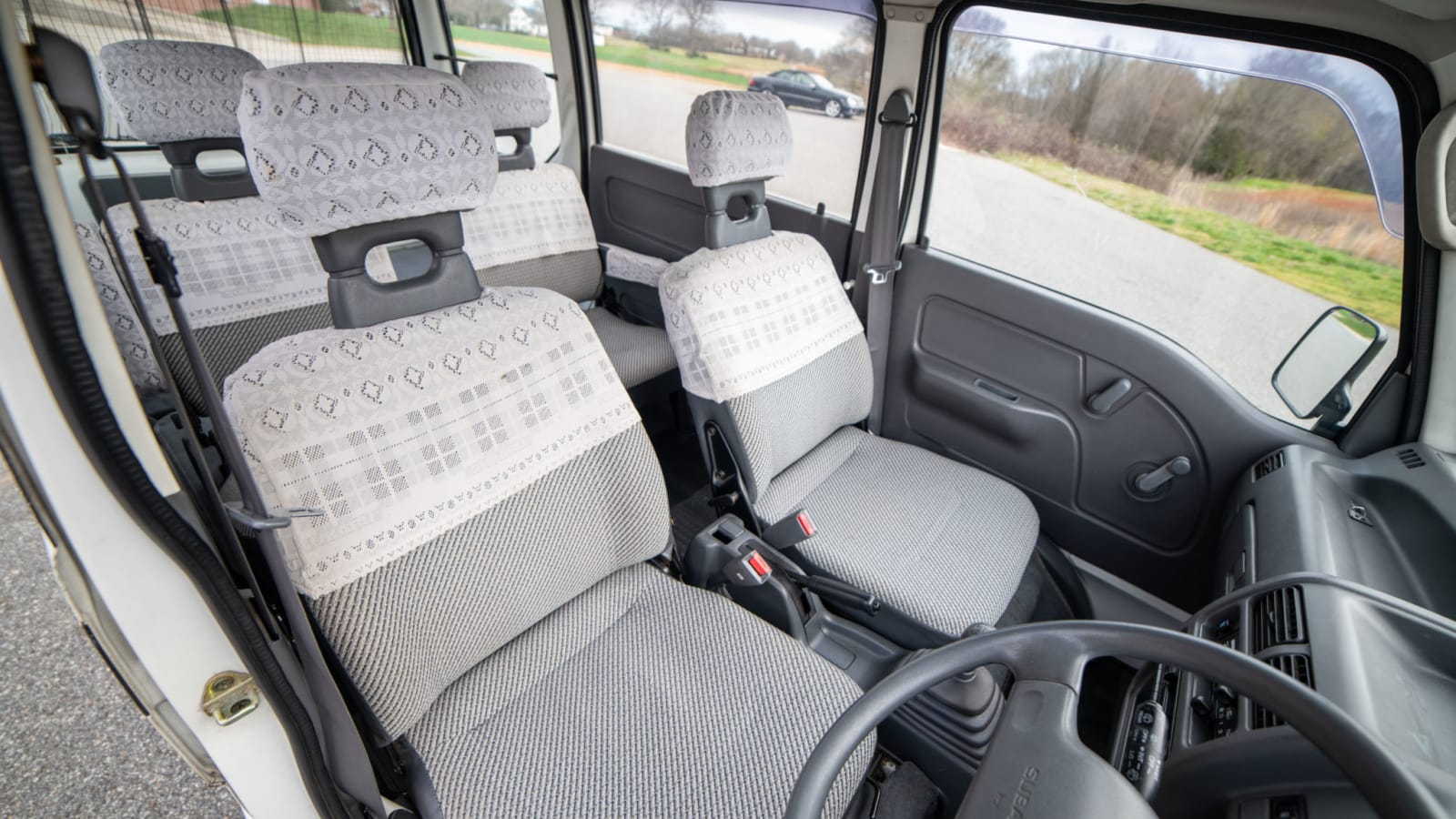 A 1993 Sambar would be from the nameplate's fifth generation, which perfectly spanned the 1990s. The "Dias" bit refers to the wagon version you see here as opposed to the commercial trucks and vans. There was also a Dias Classic, which is in a whole other league of wackadoo cuteness. Unlike any literal minivan in 1993, the Sambar Dias came with dual sliding rear doors -- Chrysler wouldn't introduce their dual-slider option until 1996. That rear-mounted 660cc engine produced 54 horsepower and is paired here with a five-speed manual transmission. There was an all-wheel-drive version, but that was apparently exclusively paired with the automatic.

There's actually one of these buddles of van joy in my neighborhood here in Portland, which like the entire Pacific Northwest, is a hotbed for oddball Japanese vans from the 1990s and earlier. The trend apparently started up in British Columbia where vans like the Mitsubishi Delica and Toyota Hiace started to be imported after the Canadian 15-year waiting period rather than the American requirement of 25. Those are more for the overlanding and #vanlife crowds, whereas this is more for the "I'm wacky and live in Portland" variety. That said, this particular one is in North Carolina, so perhaps the folks in Raleigh are all about them, too.

Either way, hope you enjoyed this moment of JDM joy. And if you want to make that joy last a whole lot longer, the Bring a Trailer auction runs for the next five days.