Perhaps the slowest new car an American could buy in 1975, but also the most dependable

I took my driver-training classes in what I thought must have been the slowest motor vehicle sold in America after 1970: a 1979 Volkswagen Rabbit Diesel with 48 sickly horses under the hood. I was wrong about that; the '79 Rabbit Diesel's engine had to drag 37 pounds for each one of its horsepower, while the W115 Mercedes-Benz 240D's 62hp OM616 engine hauled an amazing 50 pounds with each of its horses. However, while the Rabbit Diesel would have beaten the 240D in a slow-motion drag race, the 240D could continue running for 500 years, if that's what it took. Amazingly, some of these cars wear out (or maybe they just get too ratty-looking for anyone to buy them), and I can still find them in junkyards. Here's a grün 1975 240D sedan, found in a San Francisco Bay Area self-service wrecking yard a few months ago. 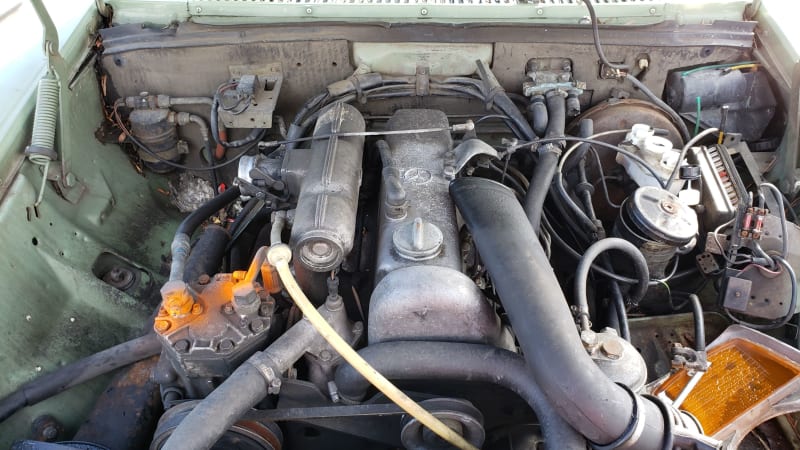 The OM616 was a 2.4-liter four-cylinder oil-burner, built by Mercedes-Benz during the 1970s and 1980s and still manufactured by Force Motors in India. A distressingly large number of these engines got destroyed by non-mechanically-inclined hippie types in California during the 1990s, as they attempted to break free of The Man's petro-military system by running old diesel cars on french-fry grease skimmed from dumpsters behind fast-food restaurants (if done correctly by people who know what they're doing, of course, Mercedes-Benz diesels run just fine on vegetable oil). 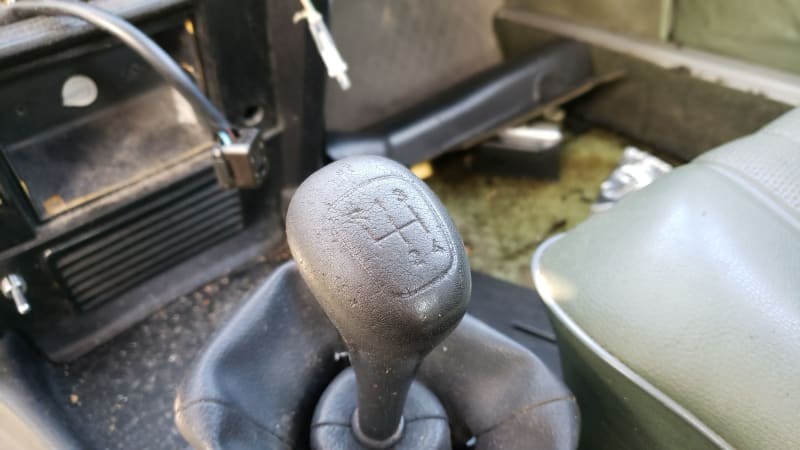 This car even has the four-speed manual transmission, as it should. I can't tell you how many miles were on it when it retired at age 44, because some junkyard shopper had already snagged the instrument cluster by the time I got there (plus most of these cars had five-digit odometers anyway), but I'll bet it was better than 300,000 miles and probably well beyond that. 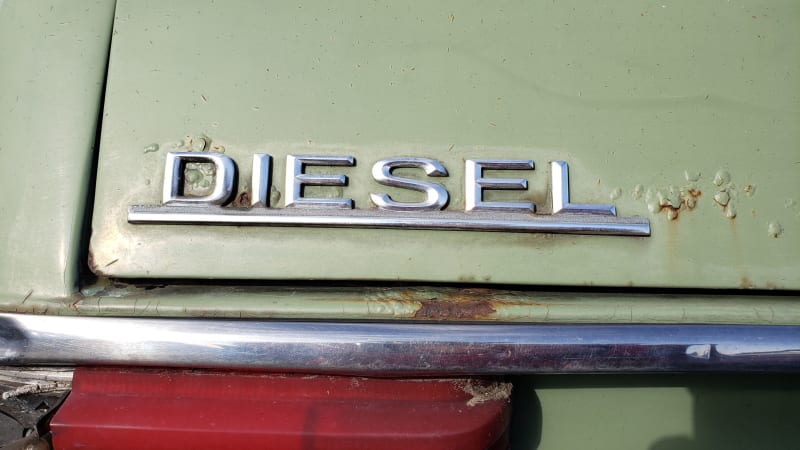 So, let's talk about that 50-lbs/hp weight-to-power ratio. The current Mitsubishi Mirage takes a lot of flak for its allegedly miserable 78 horsepower, but its curb weight of just 2,018 pounds gives the little Mitsu a monstrous (compared to the '75 240D) 26 pounds per horsepower. The 1982 Volkswagen Vanagon Diesel — which, mercifully, almost no Americans purchased — weighed 2,998 pounds and had 49 horsepower, making it even slower than the W115 240D, which I think could be described as dangerously pokey. Anyone who has driven both these vehicles, please let us know which one was the most terrifying on an uphill highway on-ramp. 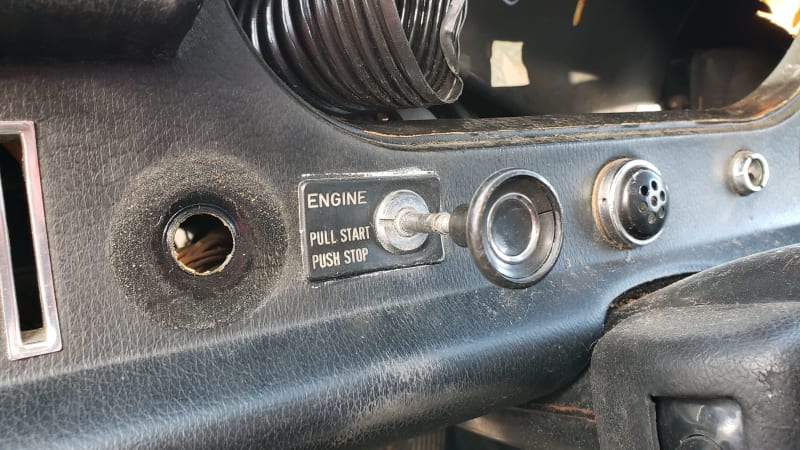 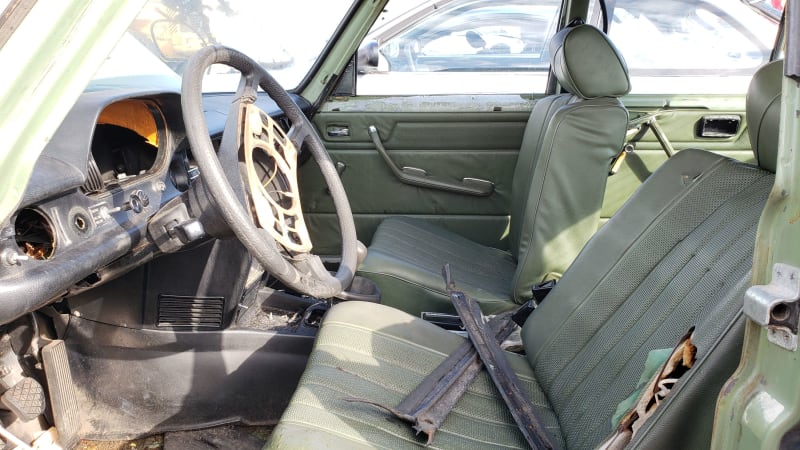 I didn't see corrosion of any consequence and the interior looks much nicer than what you'll find in most 44-year-old junkyard cars. Chances are that this Benz was still a runner when it got discarded, but an ancient sedan with three pedals won't find many takers these days. Perhaps its owner traded it in on a new car and the dealership couldn't get any bids at auction; this fate is commonplace among old, high-mile sedans.