It will debut with a new Microletta scooter

The original Micro Mobility Systems (MMS) Microlino electric vehicle never made it to series production, but the car is already getting a second generation. Set to debut at the 2020 Geneva Motor Show, the Microlino 2.0 will feature a new design, more space, better driving dynamics, and a safer structure. With about 17,000 reservations in hand, MMS is now planning production to begin in 2021. But there's a lot more to this story to tell.

The Microlino has been around for less than five years, but it has had a complicated path. To produce the electric bubble car, which MMS adamantly says is not associated with the Iso or BMW Isetta, MMS first teamed up with an electric vehicle (EV) company called Tazzari. Under the Tazzari umbrella, a company called TMI was set to develop and manufacturer the Microlino. But in 2018, TMI was sold to Artega, the same Artega that proposed the Henrik Fisker-designed GT (now the Chinese Saleen S1), and the Scalo EV.

Without consulting MMS, Artega tried to launch its own rebadged version of the Microlino under the name Karolino, according to InsideEVs. After some legal wrangling (including attempts to block the Karolino from the 2019 Geneva Auto Show), MMS settled with Artega and TMI out of court. In the end, the companies agreed to part ways in a manner that benefitted both parties. Artega would be allowed to sell the rebadged Microlino 1.0 as the renamed Karo, and MMS would work with a new partner, Italian company CECOMP, to produce the upgraded Microlino 2.0.

Making things stranger than fiction, MMS also announced it has hired former Porsche and BMW product manager Peter Müller to be the new Chief Technology Officer (CTO) and a member of the board of Microlino AG. Müller was also the Chief Operating Officer (COO), then the Chief Executive Officer (CEO) of Artega from 2009 to 2012.

As part of the process of developing Microlino 2.0, the 17,000 customers who had submitted pre-orders took a feedback survey and helped pick the design of the new vehicle, which has fresh sleek exterior. It also has a wider rear track for better stability, a redesigned chassis for improved handling, and a wholly redesigned vehicle structure for increased safety. The A-pillar is thinner for better visibility, and MMS says the interior will be much roomier and more ergonomic than the previous model. This includes a new fixed steering column rather than a foldable column.

Along with the Microlino 2.0, MMS will also show a new three-wheel mobility scooter called the Microletta at the 2020 Geneva Motor Show. 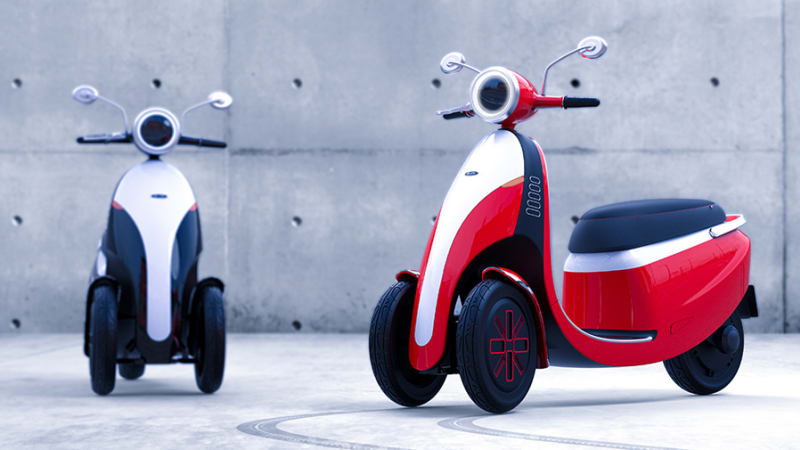