Honda protective of Type R name; NSX Type R not in the works During a roundtable during a recent event hosted by Honda, we joined in on a roundtable interview with Honda Technical Consultant Ko Yamamoto and Honda Civic Type R Project Leader Hideki Kakinuma. Questions were asked about the Type R brand broadly, as well as the potential for some new projects. The answers were both good news and disappointing news for Honda fans.

The good news is that Honda takes the Type R name and brand very seriously. Yamamoto and Kakinuma explained that the name and its associated red "H" badge are only for vehicles with a racing connection, such as the Honda Civic Type R that has a couple of racing variants. As such, you won't be seeing a CR-V, Odyssey or Insight with the Type R name. Furthermore, the Type R name is only for Honda-badged vehicles, despite the existence of the Acura Integra Type R a couple decades ago.

We also asked about the potential of an NSX Type R, which certainly meets the performance and racing credentials mentioned, but is much more of an Acura product and is badged as such in the U.S. Kakinuma and Yamamoto couldn't go into deep detail, but they said that there aren't plans for one at the moment, and the chances of one for the U.S. are unlikely. They noted that the previous NSX Type R was a Japanese-market exclusive, and if such a car did come to fruition, that might be the case yet again.

Kakinuma did say that if he was the one in charge of NSX, he would have already had it in the works. So it's not impossible that there could be an NSX Type R in the future, but don't look for one anytime soon. 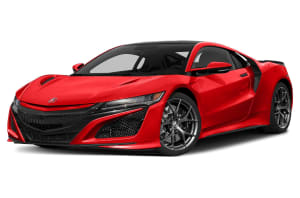