Is this a Jaguar or Land Rover of the future? Yes, the near future

Look for Project Vector on the streets of Coventry, England, next year

Jaguar Land Rover has unveiled a concept vehicle, Project Vector, that the company heralds as preview of future urban transport. The Project Vector is an EV, naturally, and is built on a skateboard chassis with all mechanicals under the floor. That provides for maximum space efficiency in the city-sized vehicle—JLR says it's roughly four meters long, which would make it about half a foot longer than today's Mini Cooper hardtop. It also allows for reconfigurability. 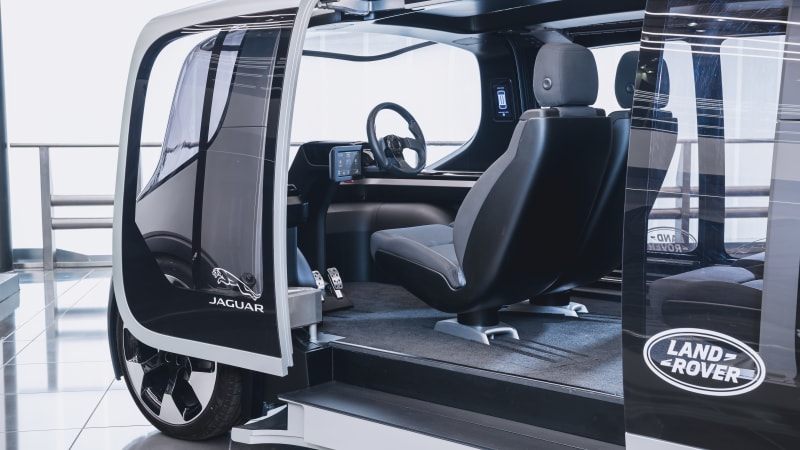 The interior is accessed via dual center-opening sliding doors on one side. Four individual seats appear to be mounted on tracks and are shown facing in the same direction, but JLR also says the vehicle can be adapted for delivery use (presumably with most of the seats removed).

Project Vector is described as "autonomous-ready," but for now it has a steering wheel and pedals. It's also claimed to be optimized for ride-sharing or private use.

The vehicle was developed at the UK's National Automotive Innovation Centre, with the intention to make it a part of the "urban mobility solutions" in the "ecosystem of a smart city," according to JLR.

The first such smart city will be Coventry, where an "urban mobility service" will be launched in 2021.