Would have an electrified, not purely electric, powertrain 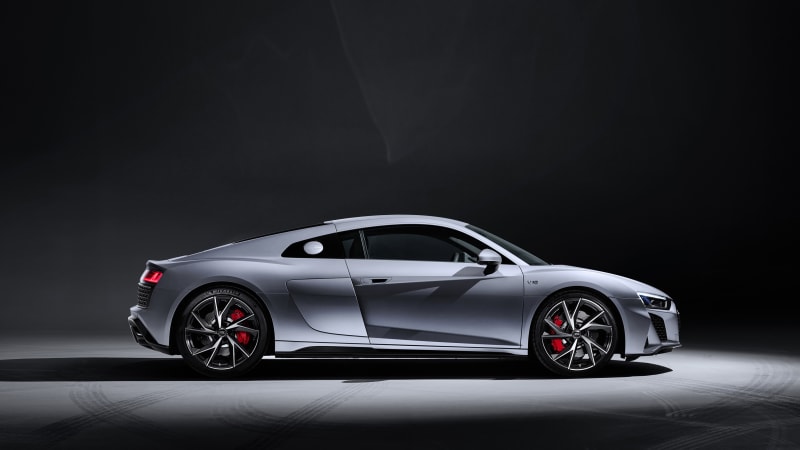 For the Audi R8, the question is will it or won't it? Stick around, we mean. Audi stunned the world with its mid-engine supercar when it appeared on the scene 11 years ago. But recent rumors have suggested that Audi will let the model sunset after the current generation, to be replaced by an all-electric model, as part of the inexorable push toward more EVs. A new report in the UK's Top Gear magazine, however, says that the R8 could live to see a third generation, and would do so with hybrid rather than electric powertrains.

Top Gear spoke with Audi Sport managing director Oliver Hoffman. Hoffman says that "the technology and platform of the next-generation R8" is undecided. But the fact that he's even talking about a next-generation R8 seems noteworthy. He goes on to say that "it will be a car with an electrification part," owing to the demands of worldwide regulations. But it might be a hybrid rather than an EV due to the demands of Audi's customer-racing program. The R8 is sold in GT3 and GT4 motorsports form, and Hoffman says, "we have to fulfill that demand in the future."

It would be an interesting turn of events if the R8 lives on, and the race car ends up being the justification for the road car. But it also could be that Audi feels it will have the performance-EV segment covered with the upcoming E-Tron GT.

$6,829 - $8,678 Nat'l avg. savings off MSRP
See Local Pricing
I'm not in the market for a vehicle at this time. Please move this suggestion to the side for 30 days.
Huge Savings