This one was optioned up nicely, too To do battle with the big-selling Chevy Nova (and Pontiac/Olds/Buick-badged X-body siblings) and Chrysler's Dart/Valiant and Aspen/Volaré compacts, Ford ditched the antiquated Falcon and created the slick-looking Maverick starting with the 1970 model year. Although still based on more or less the same chassis design that had served Ford so well since the early 1960s, the Maverick looked modern and sold very well for most of the 1970s. You'd still see plenty of Mavericks (and the Maverick's Mercury-badged sibling, the Comet) on American streets well into the 1990s, but nearly all of them have disappeared. Still, I manage to find the occasional discarded example these days, while making my junkyard rounds, but I hadn't seen any Maverick, junkyard or street, as nice as this optioned-up '73 for many years. 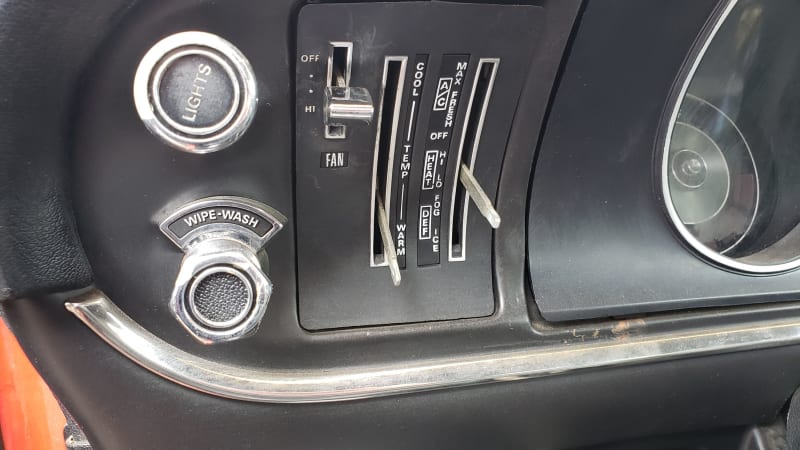 The 1973 Maverick could be had with a vast menu of optional equipment, but very few buyers of that era went for expensive — and seemingly frivolous — air conditioning in a lowly compact car. 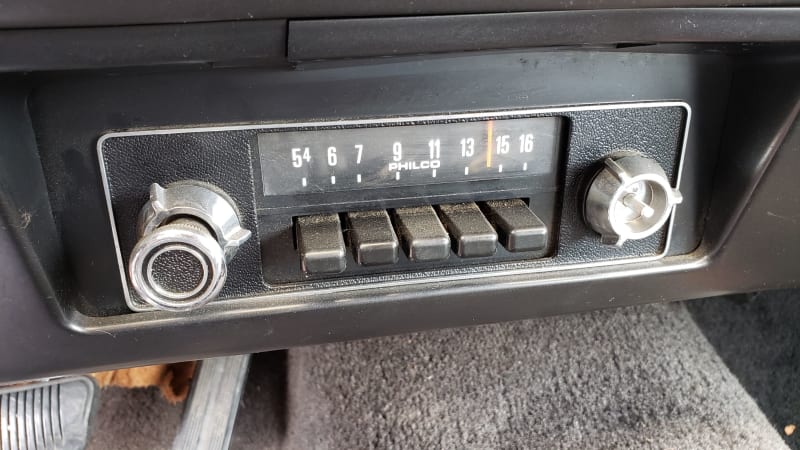 In addition to the refrigerated air, this car has an AM radio. It's a Philco, so probably a dealer-installed item rather than the $59 factory-installed unit (about $356 in 2020 dollars). There's the Cruise-O-Matic automatic transmission ($177, or $1,068 today) instead of the standard three-on-the-tree manual, too. 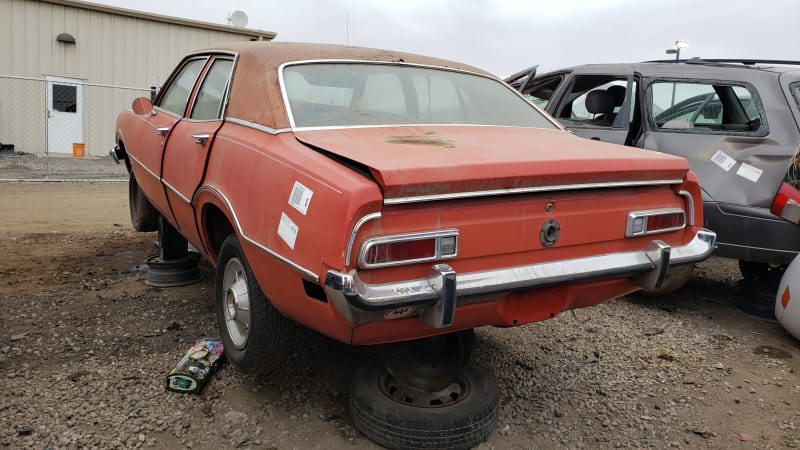 Cheap Mavericks got the 84-horsepower, 200-cubic-inch straight-six engine, but this one came with the 135-horse, 302-cubic-inch (5.0-liter) V8. Someone grabbed that engine before I got to this car. 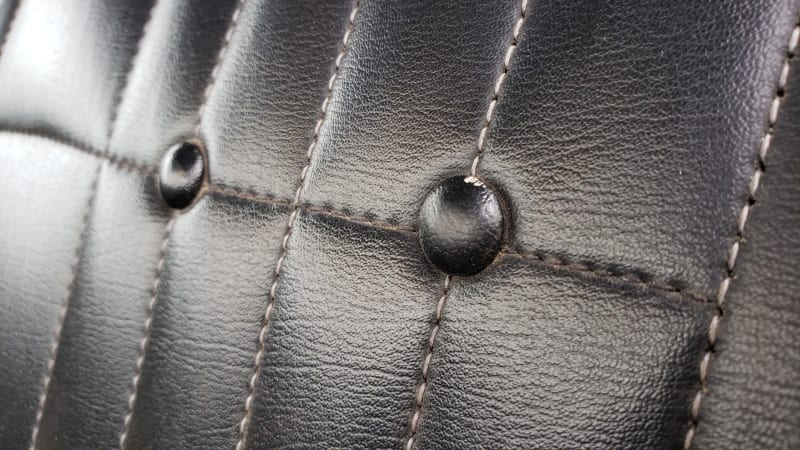 This car appears to have the Luxury Decor option package, with padded vinyl roof (now decayed and stripped off), exterior paint stripes, plus actual stitching on the "super-soft vinyl" seat upholstery. The "stitching" on the door panels is molded into the plastic, of course. 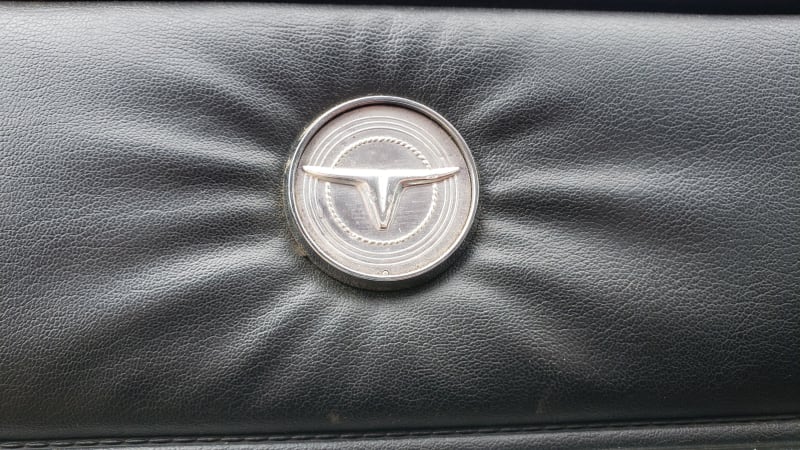 By the time I came of legal driving age in 1982, the Maverick was considered pretty unhip by my peers, some of whom got hand-me-down early Mavericks from relatives. It could have been worse, though; you could have been stuck with a Pinto. 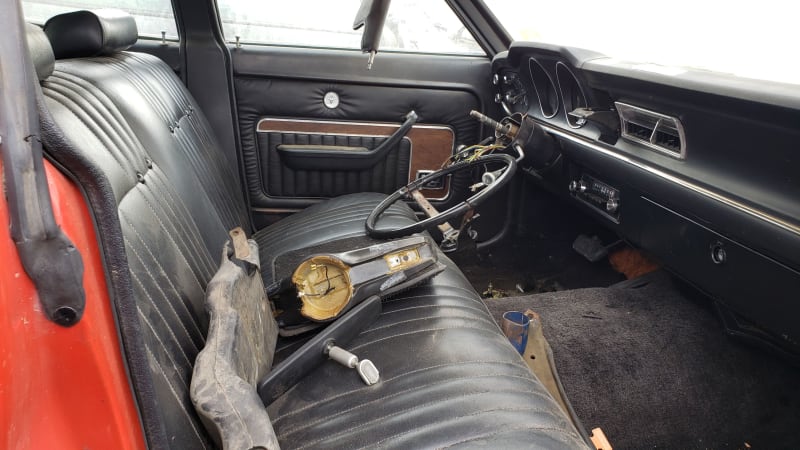 This car was up for sale on Facebook Marketplace for quite a while, at a very cheap price, and some of the local 24 Hours of Lemons racers discussed buying it for the Rocky Mountain Breakdown Lemons Rally this summer. This never happened, sadly, and so another unwanted postwar Detroit sedan faces the crusher.

Cheaper than the Duster and Nova!