Last year, Swedish publication Teknikens Värld gave the Toyota RAV4 a failing grade after it showed video of it performing poorly on the so-called moose test. That’s a test that puts a vehicle under maximum load through an abrupt S-shaped course correction to simulate how it would react if a moose or some other object suddenly appeared on the road before it, forcing the driver to take evasive action. Video of the magazine’s test of two identically equipped, all-wheel drive RAV4s, including the one pictured below, showed the crossovers bouncing and skidding, the rear ends fishtailing badly and inner wheels briefly lifting off the pavement. 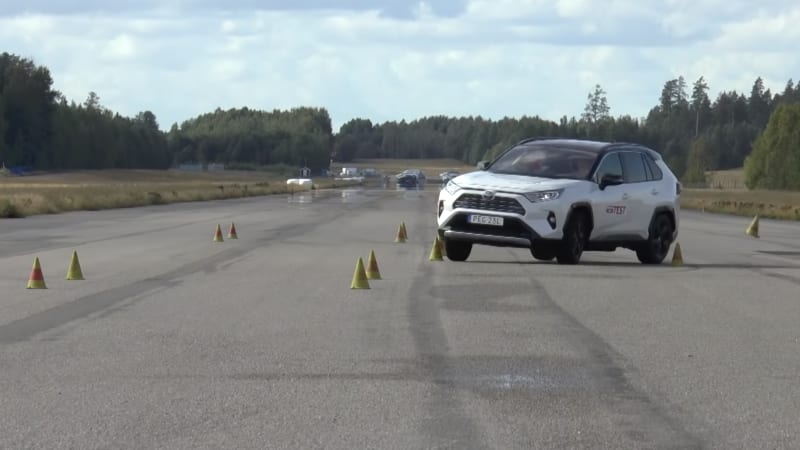 Now the publication is back with a followup test after having communicated with Toyota, and the results are much improved.

The magazine says Toyota arranged for a new test with its editors at a race track near Seville, Spain, along with a RAV4 it custom-prepped for the test. Instead of using actual passengers in the rear seats, as Teknikens Värld usually does, Toyota secured weights into the rear seats and attached a pair of lightweight aluminum outriggers to the rear doors to ensure the car wouldn’t roll over.

Those changes make the test a little easier, the magazine says, but it still gave the fifth-generation RAV4 passing marks after Toyota engineers said they simply tuned the software controlling the Vehicle Stability Control system to make the electronic stability control stronger and more assertive. The RAV4 passed the Moose Test at 65 kilometers per hour (40 mph), 68 km/h (42 mph), 70 km/h (43.5 mph) and 72 km/h (45 mph). In the previous test, the RAV4 could handle no better than 68 km/h.

But there’s a hitch: According to the magazine, the fix Toyota made to the RAV4 isn’t yet included in production versions of the crossover unless European customers specifically request it from dealers. Toyota told it the modifications would be made available during the second quarter of 2020 for Europe-bound models.

What this means, if anything, for U.S. versions of the wildly popular crossover is unclear; Toyota hadn't respond to Autoblog's request for comment, but we'll update this post if we hear back. Toyota had previously said the RAV4, which was redesigned for 2019 as a slightly higher-riding vehicle with a lower center of gravity, had previously passed the moose test under its own supervision. The National Highway Traffic Safety Administration gives the 2020 model four out of five stars for rollover crash risk and an overall five-star rating. 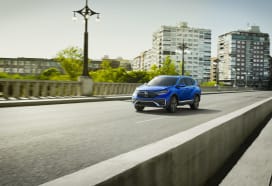 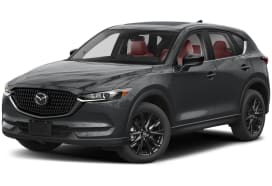