Will Kia turn its upcoming pickup into a body-on-frame utility vehicle?

The team in charge of Kia's Australian division is asking the company's top brass for a rugged, body-on-frame SUV with Toyota Land Cruiser-like off-road capacity. The model could arrive quickly if it's approved for production.

"We need probably one or two bigger [SUVs], to be quite honest. That would help us dramatically," affirmed Damien Meredith, the chief operating officer of Kia Australia, in an interview with Motoring. He added there's room above the Sorento for a new SUV, and he requested a sturdy model capable of towing and going off-road.

In the United States, Kia's biggest SUV — and the largest car it has ever put its name on — is the well-received Telluride (pictured) released in 2019. It's not as tough as the body-on-frame model Meredith has in mind, and it's not sold in Australia because it's currently only available with left-hand drive. Kia would need to create a new model to challenge the Land Cruiser Prado (which is smaller than the standard model, and sold as the Lexus GX in the United States) and the Ranger-based Ford Everest in Australia, but it might not have to start from scratch.

In 2019, Meredith confirmed Kia and sister company Hyundai are jointly developing a body-on-frame pickup aimed at Toyota's Tacoma-sized Hilux and the Ford Ranger, Australia's best- and second-best-selling vehicles in 2019. Kia could follow the path blazed by its rivals and turn its upcoming medium-sized truck into a family-friendly SUV. This strategy would give its Australian division the Land Cruiser-punching model it's asking for, while allowing it to leverage the benefits of economies of scale by sharing parts across several model lines.

Kia stressed the SUV on Meredith's wish list hasn't been approved for production yet, so it's far too early to tell whether it will be available in the United States. Offering it outside of Australia is a must, though. Toyota sold 18,335 units of the Land Cruiser Prado on the Australian market in 2019; even if Kia tops it with 20,000 sales, that's not nearly enough volume to justify developing a new car, even one built on an existing platform.

We'll have a better idea of what the future holds for Kia's global SUV range when the aforementioned trucks make their debut. Both are expected on sale by 2021, so they're around the corner, and neither has been confirmed for the American market yet; Hyundai's version is unrelated to the Santa Cruz also under development. 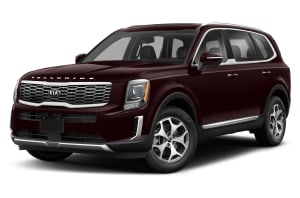