The taller Volvo wagon still has our hearts

It's a slightly taller version of Volvo's everyday design masterpiece. We're not in love with the powertrain or infotainment, but the rest of the experience is practical luxury come to life.

Most of the world could likely get by with the regular Volvo V60. Throw some winter tires on an all-wheel-drive model, and we can all but guarantee safe passage through every snowstorm. But maybe you’re the kind of person who likes to see a little more wheel gap and faux rugged trim. Or maybe you’re just a normal American who wants a crossover that’s a little bit easier to get in and out of. Either way, that’s who the 2020 Volvo V60 Cross Country is for. Lifted and plasticized to better handle those steep driveway inclines in the suburbs. You know, crossover stuff.

However, the V60 Cross Country isn’t a crossover. We’ll categorize it as a “luxury lifted wagon,” a category that doesn’t have a whole lot of competition in it right now (Audi A4 Allroad, and that’s about it). Volvo simply took a regular V60, and changed it a little bit. There’s 2.4 inches more ground clearance; the suspension is tuned to be more comfortable, and the track was widened slightly. The powertrain carries over, and the only version available is the T5. That means it’s powered by a 2.0-liter turbocharged four-cylinder that makes 250 horsepower and 258 pound-feet of torque. This gets mated to an eight-speed automatic that swaps cogs smoothly and quickly.

Before options, the V60 Cross Country looks like an affordable-enough luxury cruiser at $46,095. Ours was loaded up all the way to $56,990. Thank the $4,000 Bowers and Wilkins premium audio system for the largest chunk of that increase. Somehow, it sounds good enough that the price doesn’t repel us. Our tester also had the $2,800 Cross Country Pro Package, which added an exterior styling kit, 19-inch wheels, four-zone climate control, Lime Deco trim inlays and power seat functions like power lumbar and power lower cushion extensions. The $2,500 Advanced Package adds bending LED headlights and LED fog lights, a head-up display, Volvo’s Pilot Assist system (adaptive cruise with lane-centering) and a 360-degree camera. Finally, a heated steering wheel and heated rear seats had to be optioned separately, leading to another $750 charge. 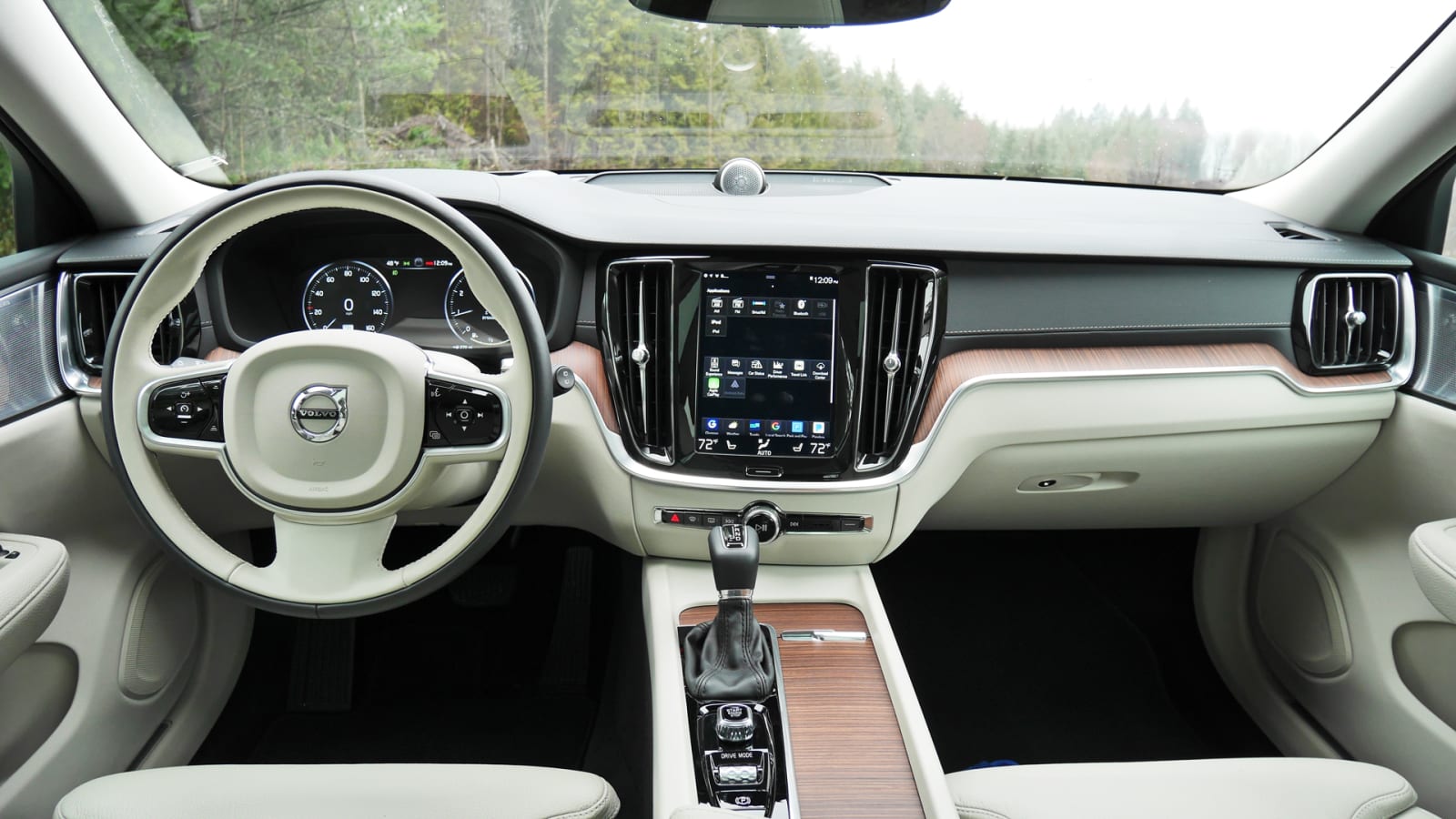 Senior Editor, Green, John Beltz Snyder: This made me miss the V70 and V70 Cross Country that once graced the Snyder Mill Garage. Over the weekend, my large son and I took this V60 Cross Country for some errands, and I was able to relive just how useful the wayback of a wagon really is. The rear of the V60 is spacious, wide-open and, perhaps most important, has a not-too-high, not-too-low load floor. This made for easy work of loading a 50-pound bag of chicken feed, two 20-pound bags of bird food, some long reflective driveway markers and other sundries. I could’ve packed a lot more back there without having to drop the rear seats.

There was a good amount of room for the child seat in the second row. Installing it was easy, and I was able to move the passenger seat up far enough that he couldn’t kick it even if he tried. Nobody was sitting in the passenger seat at the time, but I checked that seating position myself after the fact, and found it a little smooshed. Sliding the seat back about an inch made it rideable for me, and still would have kept the seat back mostly safe from his snowy clodhoppers.

Unfortunately, it doesn’t look like you can get the V60 or V60 Cross Country with the integrated booster seats that are available in the XC60. We had those in one of our old Volvo wagons, but we didn’t have a need for them at that point. I just thought they were cool. Glad to see some Volvos still offer them.

I noticed one oddity that hadn’t bothered me before. It might be that I’ve been sitting with my seat farther back lately (been getting cramps in my legs), but the floor directly under the driver’s seat, and extending a little beyond the rails, is slightly higher than in the footwell. With my seat positioned as it was, that slope was bothersome if I ever moved my left foot back. A small complaint, to be sure, and something I got used to. I only mention it as it could have the potential to drive a long-legged customer nuts. 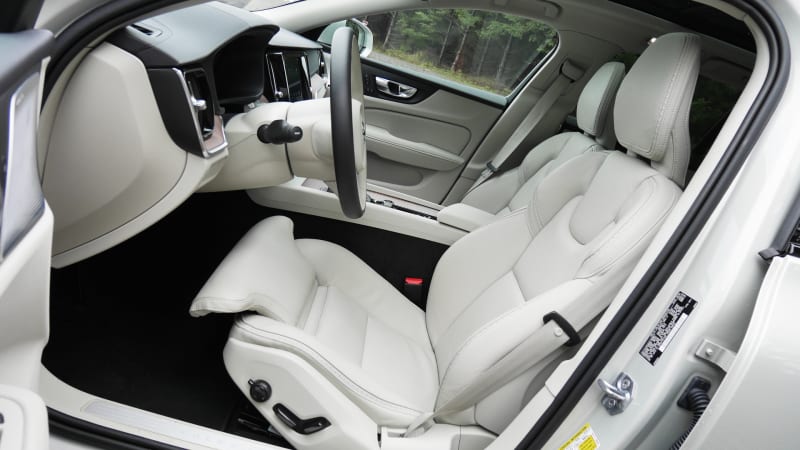 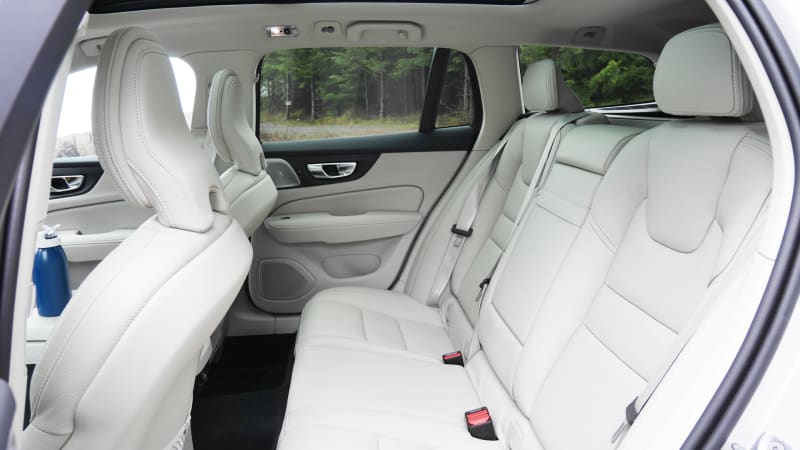 Associate Editor Joel Stocksdale: I have some mixed feelings about the way this V60 drives. Starting with the positives, I like that it feels light and eager. Steering is quick, and in the sport mode, it has a nice weight and solid feedback. There isn't too much body roll thanks to the somewhat stiff suspension. The turbo four-cylinder, despite being the least powerful engine in the 60-series Volvo family, still has plenty of smooth grunt, even without the supercharger of more expensive T6 Volvos.

Where the Volvo driving experience falters is, weirdly, in comfort and refinement. The four-cylinder is noisy and coarse. It sounds strained when flooring it, even though the acceleration says otherwise. The eight-speed automatic is also slow to change gears and should be smoother. The stiff ride isn't uncomfortable, but it is busy, more so than other small to midsize luxury sedans and wagons. The chassis itself also doesn't feel quite as solid as those of competitors.

On the whole, I still like the V60 Cross Country. I think it's probably the best looking car in its segment with its athletic, square-shouldered body. The interior is fabulous looking, too. With a little more tweaking to the driving dynamics, it would be a slam-dunk choice.

Editor-in-Chief Greg Migliore: I'll use Joel's parting thoughts on the design to expound on my own. Quite simply, I think the V60 is gorgeous. The Cross Country trim lightly muddles the smooth lines and clean appearance, but overall, it's stylish and relatively unique on American roads. Truthfully, I might opt for the Cross Country variant with its elevated ride height if I were actually purchasing one, but the plastic wheel inserts annoy me on this and all vehicles. It's the same with Audi's Allroad treatment.

Whether you want the pure wagon or the CC that skews crossover, they both have eye-catching headlights, subtle yet attractive lines and standout wheels. Volvo has used design to create a modern halo for itself in the past decade, and it's a compelling reason to consider its vehicles.

Sharp eyes on the @VolvoUSA V60. Icy night, but this wagon is more than up for it. @therealautoblog pic.twitter.com/el5RmdMTar

West Coast Editor James Riswick: I suppose Mr. Palmer's introductory description of "lifted and plasticized to better handle those steep driveway inclines in the suburbs" applies to me. I may not live in the suburbs of Portland, but I do have the steep driveway incline along with a lifted and plasticized wagon. Specifically, my wife and I own a 2013 Audi Allroad, the predecessor to the V60 Cross Country's only real competitor. We bought it because my wife didn't want an SUV, I like wagons, we were moving to a place where all-wheel drive would be useful, Audi makes good cars, and the color combo tickled our collective fancy. That we chose something lifted and plasticized was merely the result of the A4 Avant no longer being sold, but the extra tire sidewall improves the ride, I kinda dig the wide-body stance the fender flares provide and that lift ended up coming in handy on the driveway.

Anyway, that's just a long-winded way of saying that my household is a prime potential customer for a V60 Cross Country. And furthermore, if we were seeking a replacement for the Allroad, we would happily make the switch to Volvo. As others have mentioned, it looks sensational inside and out. The seats and driving position are superb. The handling is better sorted than the XC60 Inscription I recently tested, and the steering's normal and sport settings are respectively well-suited to the driving scenarios they're intended for. Once I set the Sensus touchscreen to my preferred configuration (admittedly something that takes a while to figure out), I actually prefer it to the current Allroad's MMI. There's also more cargo space. After finishing up my luggage test of the V60 (coming soon), I turned my attention to our Allroad (below right). The Volvo could carry one additional small bag (the black one in front) and was easier to load, which is even more significant when you consider the old Allroad has 3.4 cubic feet more space than the current version. 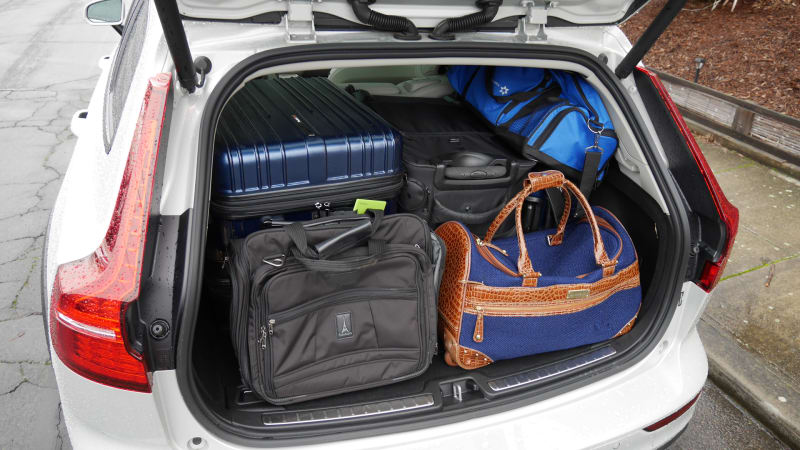 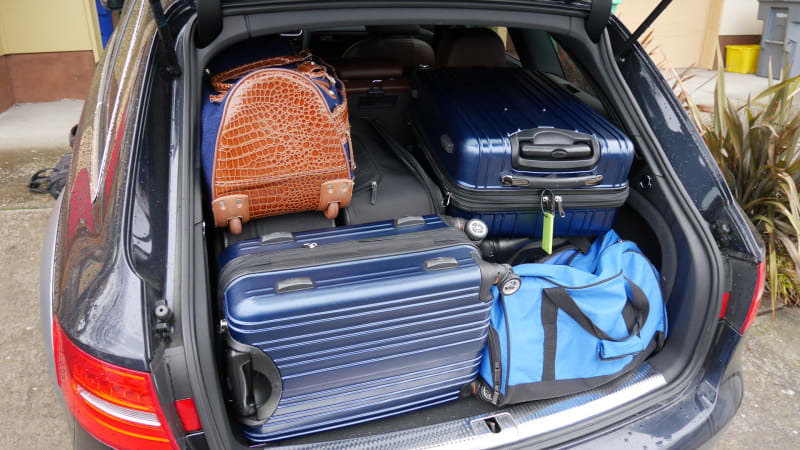 My gripes are comparable to those Joel mentioned. The engine is a little unrefined, if similarly powerful to the current Allroad's. The ride can also be problematic as our test car's run-flat tires wrapping 19-inch wheels greet sharp bumps with tiresome impact harshness and largely negate the Cross Country's comfier suspension. Sticking with the standard 18's is highly recommended.

There's also one issue Joel didn't mention: You can't get the amazing "Blond City Weave Textile" plaid fabric with the upgraded seats and other interior upgrades. A travesty, I tell you, a travesty! More problematic is the fact those same upgrades in the Luxury package require the further addition of the Cross Country Pro package, the 19-inch wheels and a lot more cash. I guess that just means our hypothetical Allroad-replacing V60 Cross Country would be lightly optioned. As lovely as our test car's interior was, I just couldn't say no to plaid.

And finally, I should probably mention that I managed to keep this V60 Cross Country on the road. The last one I drove, on the other hand ... 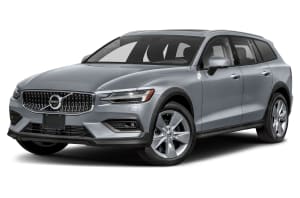 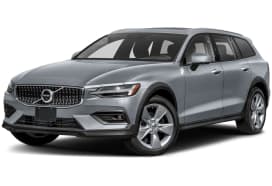 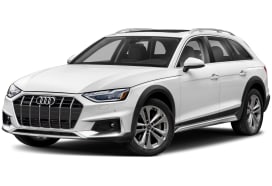 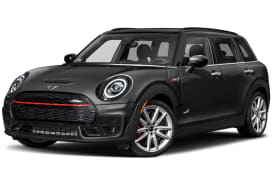