Once again a compact crossover proves bigger than the numbers suggest

Much like the Alfa Romeo Stelvio that I previously luggage tested, the 2020 Mercedes-Benz GLC-Class is one of the smaller members of the compact luxury crossover segment. And as I discovered, it also suffers from deceptive cargo capacity numbers. In this case, it's deceptive to its own detriment.

The specs say the GLC has 19.4 cubic-feet of space behind its back seat, which would be less than a Range Rover Evoque (21.5). However, as you're about to see, it actually holds a bit more than the Evoque and is much better than its mediocre numbers would suggest. This just proves once again that cargo capacity numbers need to be taken with a scoop of road salt. 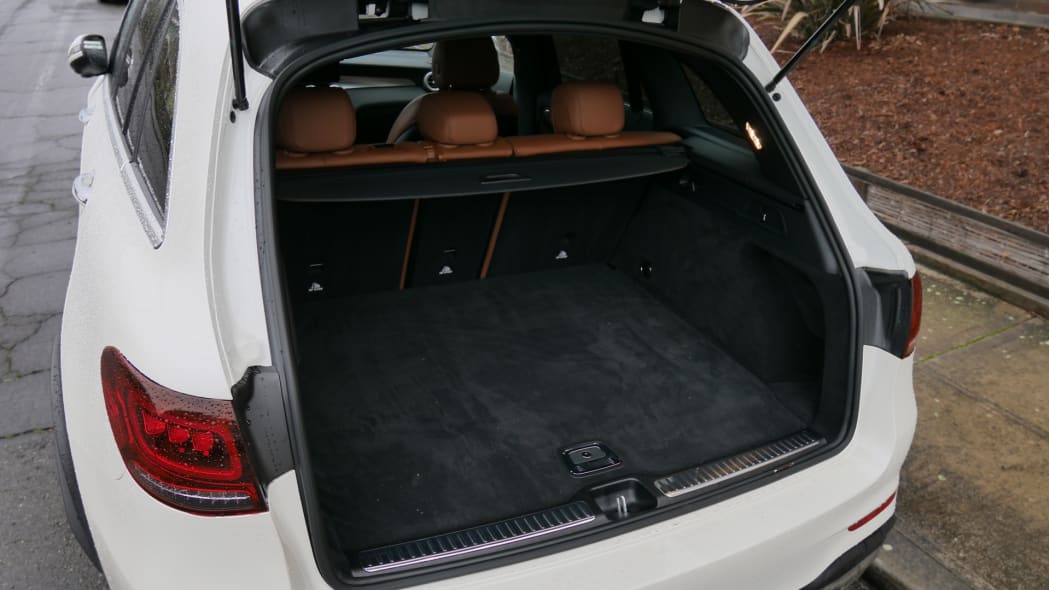 It certainly doesn't look that small back there. To begin, I left the reel-style cargo cover in place to see how much would fit inside. 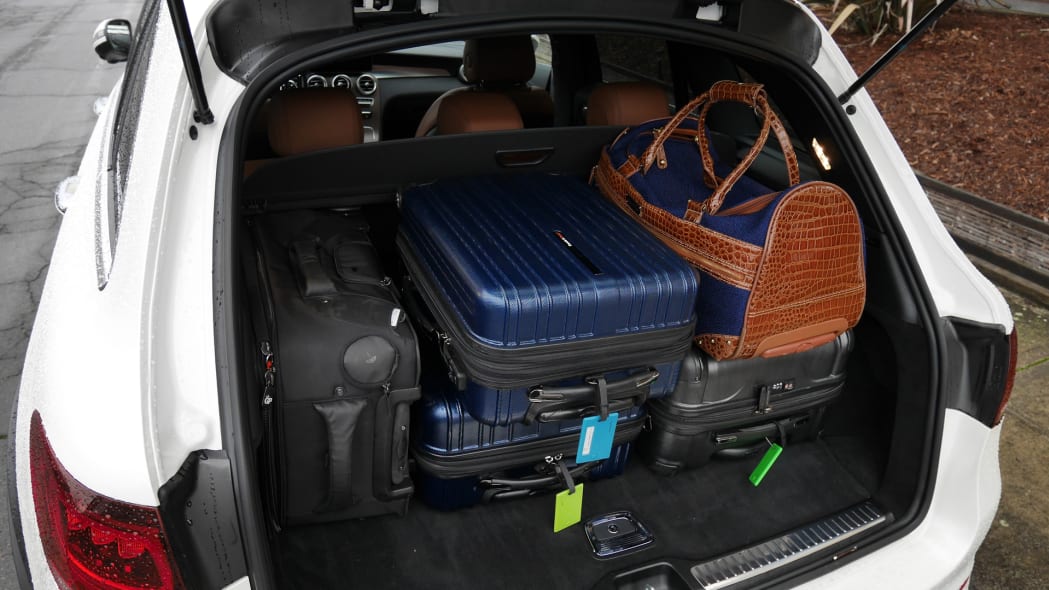 So with the cargo cover in place, all but one of the medium-sized roller bags fit. There's also a fair bit of space between the bags and the lip that could have fit smaller bags or other items. This is actually much better than the Mazda CX-5 when its cover is in place (although it has more space than the GLC once the cover is removed). On the other hand, I didn't have to remove the cover at all in the Stelvio, but that's more a quirk to the Alfa.

OK, now let's remove the cover. To do so, just pull on one end and then pull backward to dislodge. It then easily comes out. 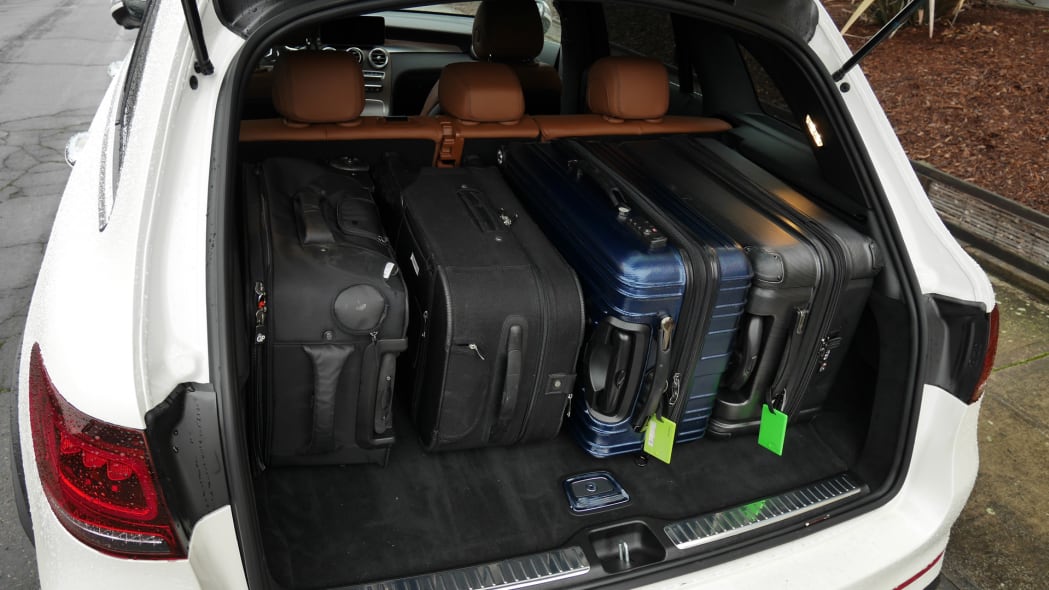 Here's one nice-and-simple Tetris combination with the four biggest bags. A reasonable analog for taking four people to the airport. 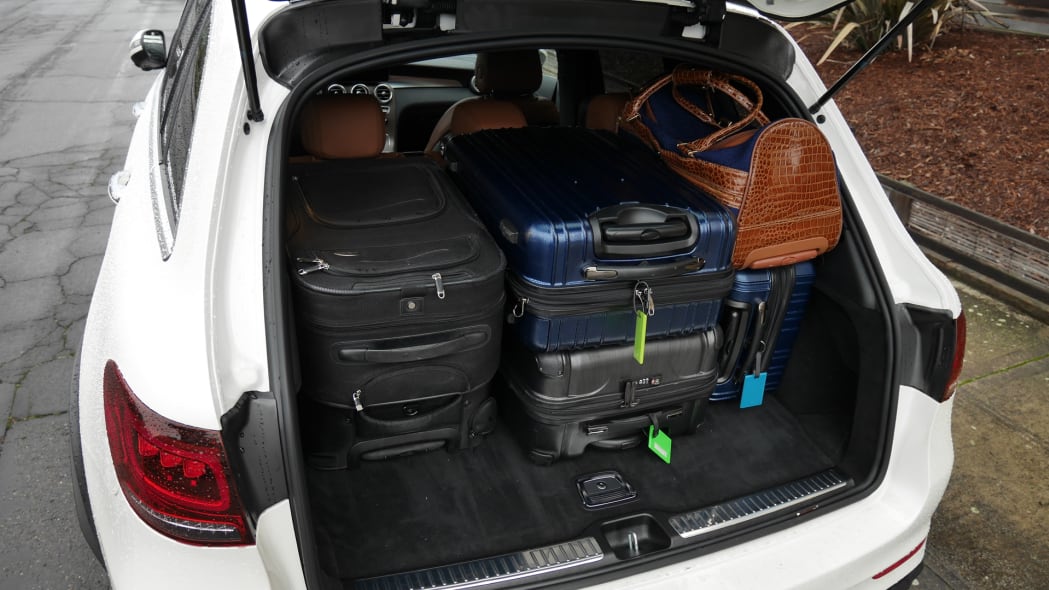 Voila! All bags fit, even if the fancy bag makes it awfully close. It's mounted up to the roof, but visibility remains acceptable. 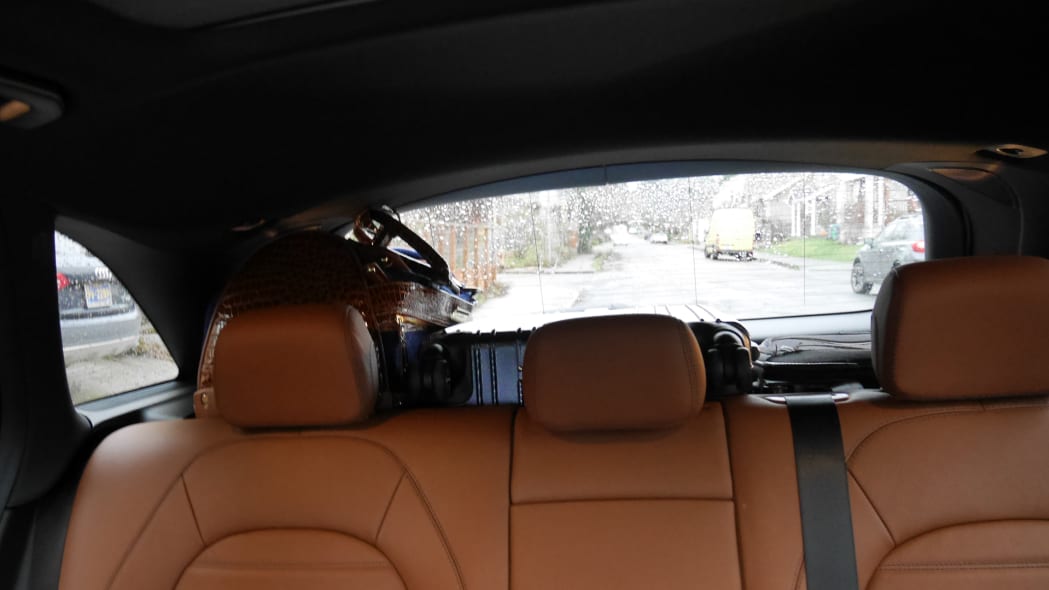 It was basically the same situation in the Alfa. Actually, the GLC cargo area in general is awfully similar to the Stelvio.

Both even have remote releases in the cargo area to lower the back seat. The Mercedes uses classy silver switches like those used elsewhere in the car rather than the sort of big plastic pulls used in the Alfa and many non-luxury vehicles. 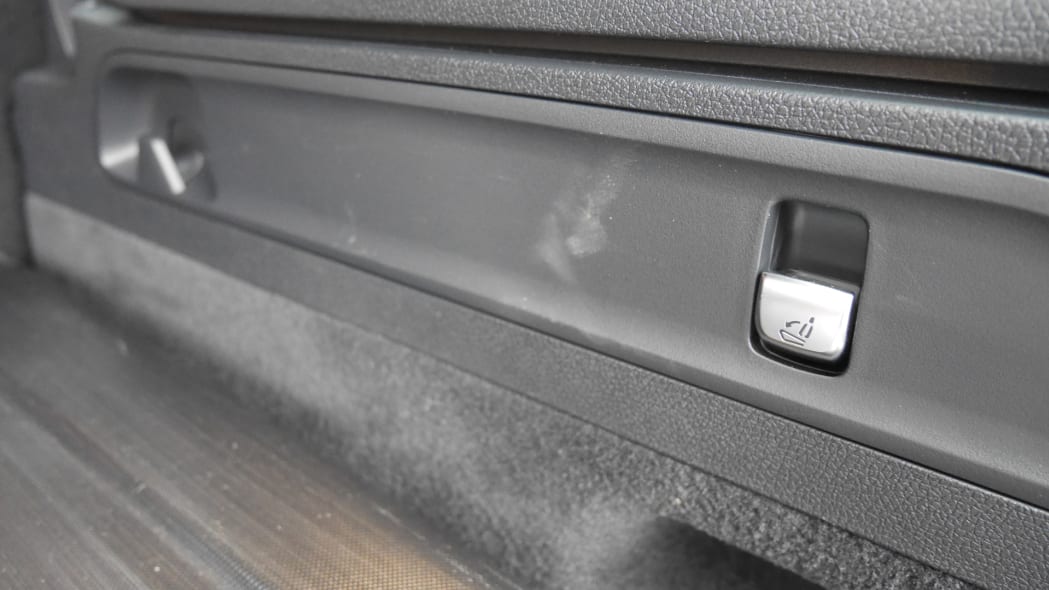 Here's one thing the Alfa and indeed many competitors don't offer: under-floor storage. It's a bit haphazardly shaped, but you could at least store stuff under there. On a road trip, sometimes every nook and cranny comes in handy. 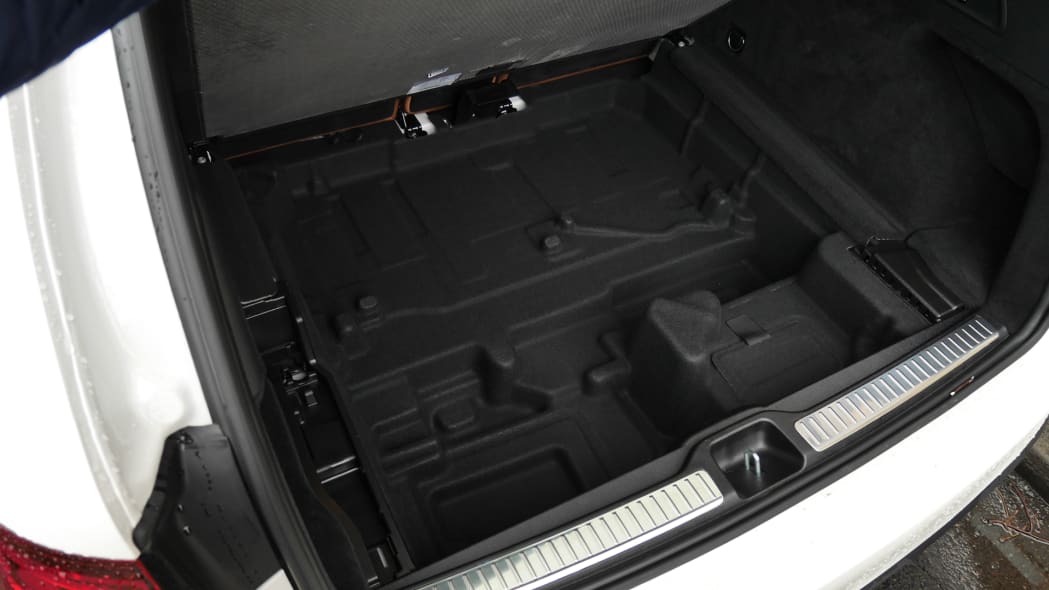 One more thing to like about the Mercedes: there is both a power liftgate close button and one that both lowers the liftgate and locks the whole car once closed. It's no longer a unique feature, but still a fantastic one. 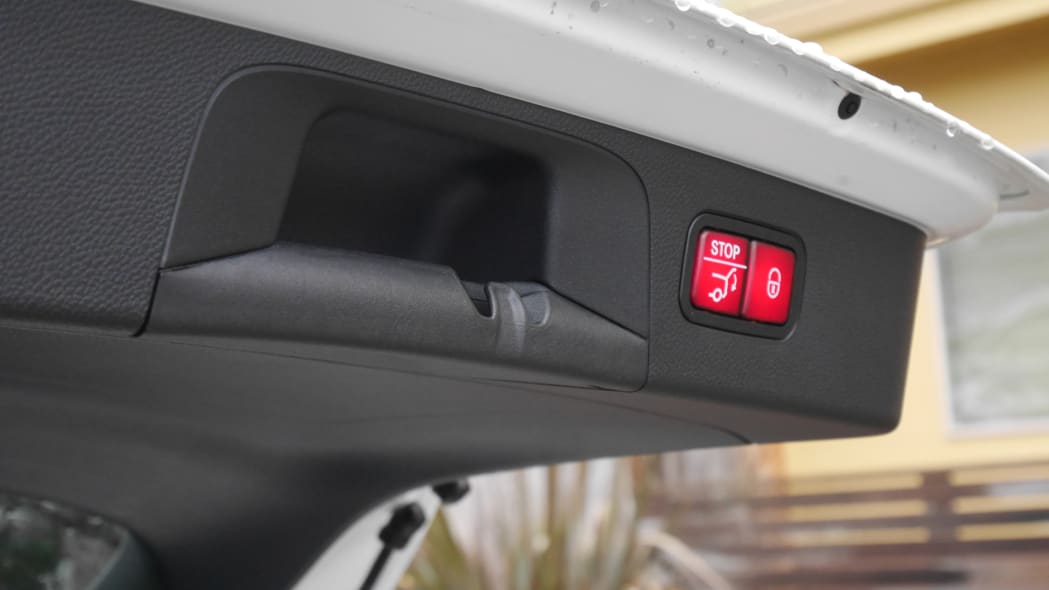 Wait, would you look at that? I was about to press "Publish" for this post when I noticed that little hook in the liftgate pull handle up there. I'm guessing that would let you temporarily hang something from it? Secure the gate open with a bungee cord when driving with the gate cracked open? I don't know, but feel free to guess (or authoritatively answer) away.

OK, so NOW there you have it. The 2020 Mercedes-Benz GLC is a far more functional vehicle than its numbers would suggest. It's still on the small end for the segment, but it also doesn't suffer for that size as much as you might think. 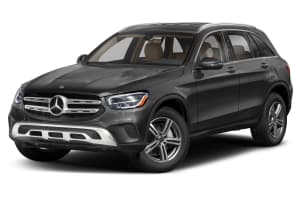