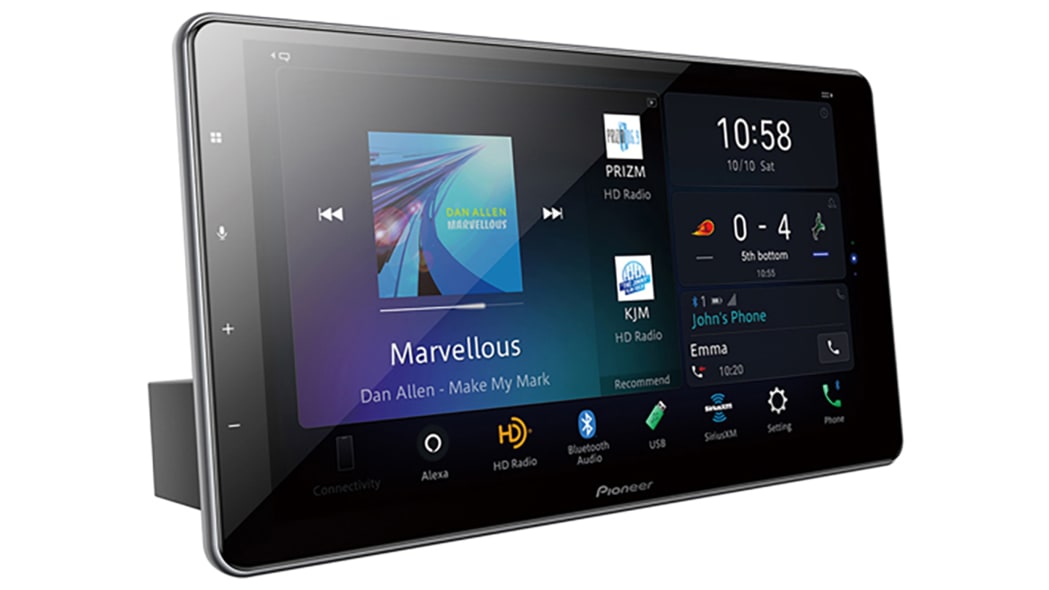 While some tech companies were busy unveiling cars that they're never going to produce, Pioneer's display at 2020 CES had products that will soon be in cars in the real world. And useful products, at that. The crown jewel of Pioneer's 2020 car electronics is the DMH-WT8600NEX, a 10.1-inch "floating" in-dash receiver for older cars that do not have today's desired modern tech. It offers wireless Apple CarPlay and Android Auto compatibility, as well as Amazon Alexa integration.

Pioneer unveiled a swath of new products in its NEX lineup. In total, there are five different units, the10.1-inch floating DMH-WT8600NEX, the 9-inch floating DMH-WT7600NEX, the 9-inch modular DMH-WC6600NEX, and the 6.8-inch 2DIN in-dash DMH-W4660NEX or DMH-W4600NEX. The floating display is an all-new feature from Pioneer, and it fits right into a universal 1-DIN adapter. The screen can be adjusted and tilted to ensure it works with a variety of car dashboard shapes. 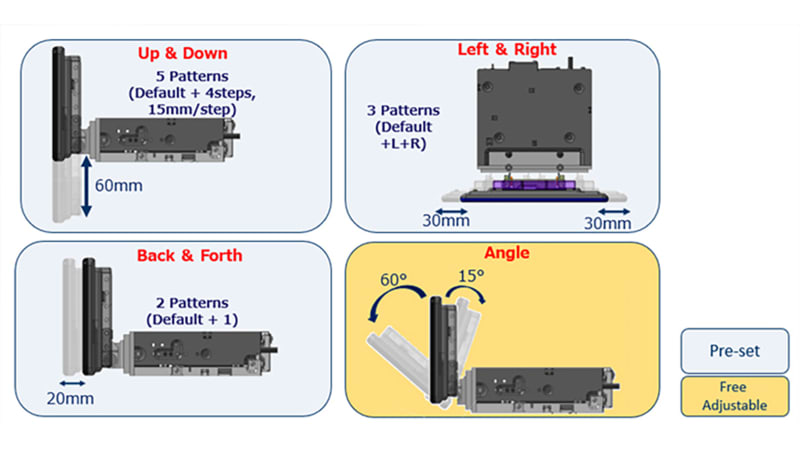 The 10.1-inch and 9-inch models have 1280x720 HD resolution, and every model has wired and wireless Android Auto and Apple CarPlay compatibility. They also feature a rear camera input, feature Gracenote Hybrid Radio, location-based live weather and sports, a 13-band graphic equalizer, RGB illumination, rear camera input, and an HDMI video input for rear seat entertainment. By far, though, Pioneer is most excited about its integration of Amazon Alexa.

As demonstrated in the video below, these units work just like any other Alexa product that takes voice commands. It can answer questions or it can be used to control some of the car's functions such as the multimedia. Alexa can also be linked to any smart products in a home and used to control those, as well.