Aston Martin is working on a new partnership in a different part of the transportation sector. This week, the British company known for its beautiful car designs announced a collaboration with Airbus Corporate Helicopters (ACH) that is set to launch in 2020.

ACH and Aston Martin are working on a helicopter, and this short video is the first official teaser of the partnership. The project has been under design development for the past 12 months, and Aston Martin Lagonda Vice President and Chief Creative Officer Marek Reichman said the project will be a blending of automotive and aeronautical design principles.

Although the teaser did not give away much info about the helicopter, the name of the video might. It's titled, "ACH130 AM TEASER 16x9." The 16x9 part is just the dimensions of the video, but ACH130 AM likely indicates a nod to the Airbus H130 helicopter, which is most often used for "sightseeing services, charter operators, and emergency medical services, among others." It comes in six- or seven-passenger configurations. 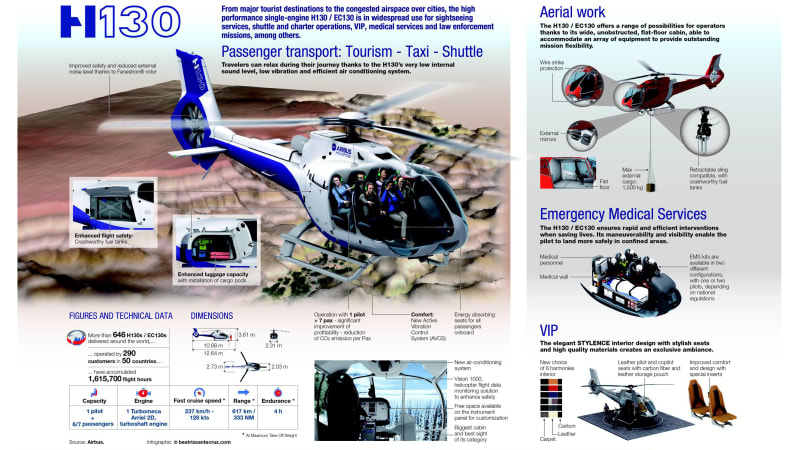