Unsurprisingly, an updated model is around the corner 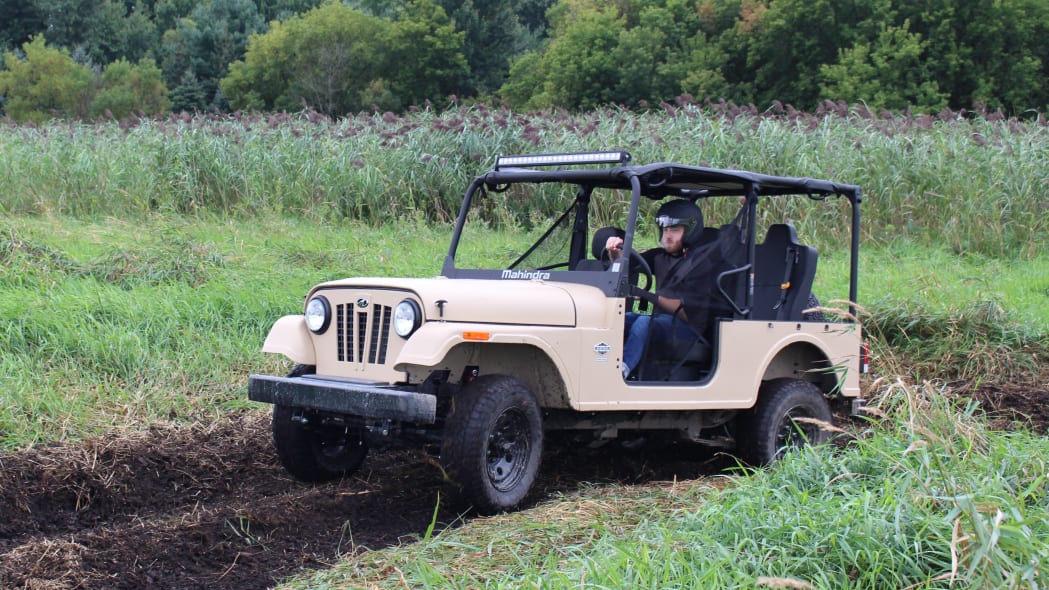 The Mahindra Roxor too closely resembles the Jeep CJ-7, according to the United States International Trade Commission. Administrative Law Judge Cameron Elliot ruled the Indian firm is guilty of trademark infringement, and recommended the implementation of a cease-and-desist order.

While many companies licensed the Jeep CJ's basic design over the years for sales abroad, Mahindra having held its license for decades, the Roxor has only recently gone on sale in this country. Judge Elliot concluded the Roxor pushes the envelope too far by violating what Jeep calls its "trade dress." In simple terms, it looks too much like a Jeep for a vehicle not made by the brand.

Jeep parent company Fiat-Chrysler Automobiles (FCA) told Carscoops that Judge Elliot determined "an order excluding infringing vehicles and components from entry into the United States is appropriate." The firm pointed out the ruling also suggested implementing a cease-and-desist order which would prevent Mahindra from selling the Roxors already in the United States.

The matter now falls back into the hands of the International Trade Commission, which will need to confirm the ruling and implement the recommended measures if it deems them fair. FCA expects a final decision will be made by March 13, 2020. Mahindra hasn't commented on the verdict.

Perhaps unsurprisingly, British magazine Autocar's Indian offshoot learned the Roxor will receive a new-look grille for the 2020 model year. It retains the round headlights, but its grille loses the vertical slats in favor of a less contentious design characterized by vents arranged in horizontal lines. Mahindra hasn't revealed when the updated Roxor will enter production, but we expect it will arrive sooner rather than later. FCA hasn't commented on the new design yet, nor is it clear if a new grille design will be enough to head off legal actions in the future.

The legal battle between the two companies will continue when a new trial starts in May 2020. FCA is "seeking an injunction to prohibit future sales of infringing vehicles, as well as disgorgement of Mahindra’s profits from the infringing Roxor," still according to Carscoops.