The Mk3 design is supposedly much different

Elon Musk is again set to shake up the automotive industry when he unveils the Tesla pickup truck, but his other company, SpaceX, might currently be a bit shaken itself. During a scheduled pressure test, the Starship Mk1 prototype rocket exploded. SpaceX and Musk have both downplayed the visually shocking moment and say it is not a major setback.

SpaceX is developing the massive rocket ship to carry cargo and passengers beyond Earth orbit to destinations such as Mars — or even on suborbital trips between destinations on Earth. Musk envisions that the Starship and its Super Heavy first stage would be capable of lifting 100 tons of payload, and together they would be taller than NASA's Saturn V moon rocket.

"The purpose of today's test was to pressurize systems to the max, so the outcome was not completely unexpected, SpaceX said in a statement, according to CNN. "There were no injuries, nor is this a serious setback."

It might not be a major setback, but it certainly changes things. Musk took to Twitter to answer a question about the next steps.

Absolutely, but to move to Mk3 design. This had some value as a manufacturing pathfinder, but flight design is quite different.

Musk suggests that SpaceX might simply jump to testing and perfecting a Mk3 prototype, which he says has a "quite different" flight design. How negatively this hurts the release timeline is unknown, but it is certainly a positive that the explosion happened during a test and no one was hurt.

Here's what the full Starship Mk1 prototype looked like: 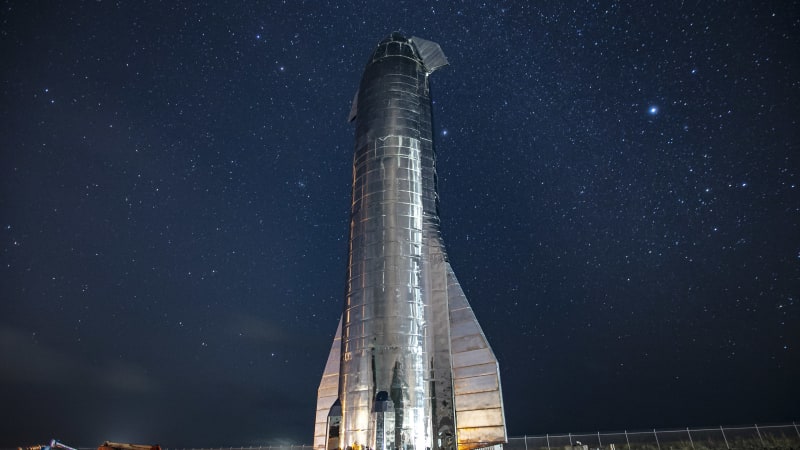