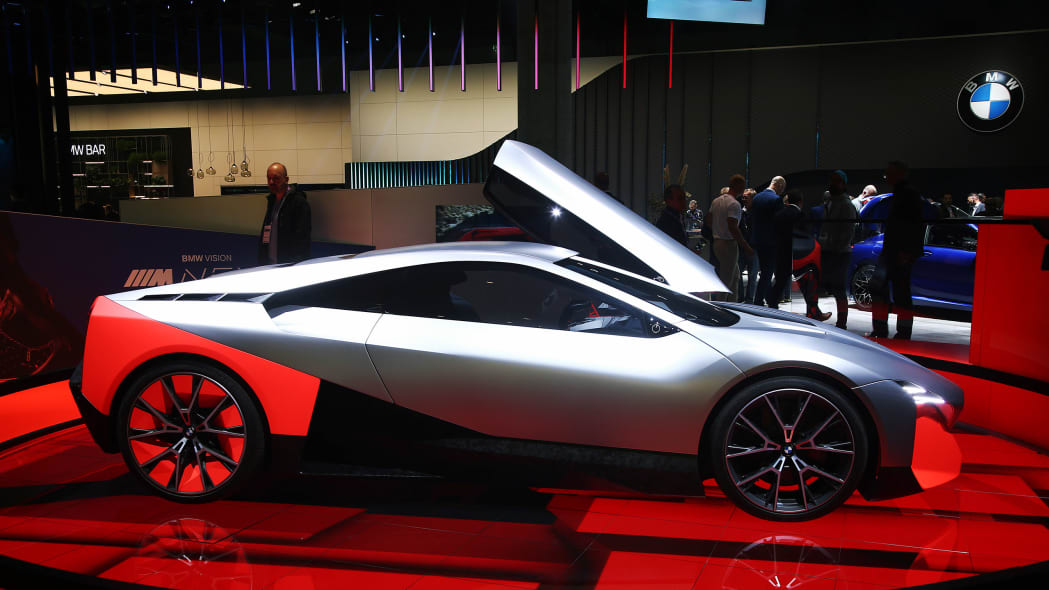 We're leaning ever closer to official confirmation of a standalone screamer from BMW's M division. Auto Express spoke to brand boss Markus Flasch during the L.A. Auto Show, the German saying, "I can think of doing standalone M-cars – I like the idea, and I think we’re going to do something in this direction." Under further questioning, specifically about whether M might have an SUV in mind for the putative offering, Flasch replied, "I don’t know. … Well I do know, but I’m not saying yet!" Other sources inside the Munich automaker apparently told Auto Express "a new car could be seen by 2021" and bring some sort of electrification with it.

This represents noteworthy movement from BMW's position in June, when Flasch told Australian outlet Car Sales,  "We are investigating M variants that may also be standalone, that don't have a predecessor." At the time, a company insider said everything was in "a very early stage" of examining body styles, and Flasch said qualified the push by saying a potential model may be a product of M division, as opposed to based on a BMW offering.

The 2021 dates carries significance because 2022 marks the M division's 50th anniversary as an independent company. If M plans to debut something roadworthy and with production intent before the end of 2021, prototypes are no more than a year away. That means BMW has decided on the fundamentals and will be sorting out how to make them work together. The plug-in hybrid Vision M Next sounds like a long shot, though, even if BMW design chief Damagoj Dukec would like the 600-horsepower show car to get the nod, saying, "We have a heritage of bringing art cars and race cars together with M. I am convinced that this [Vision M Next] is the right way." Flasch, however, explained that the halo "doesn’t necessarily have to be a mid-engined supercar," only that "it has to stand out from the crowd."

Closer to production reality, Flasch also said an electrified M car is "not too far away." At the same time, he cautioned that adding electric aids is no panacea; "electrification is not rocket science, and it’s not the game changer [in] that people think it’s an easy answer to every question."