The factory will stay open, and receive a $3 billion investment 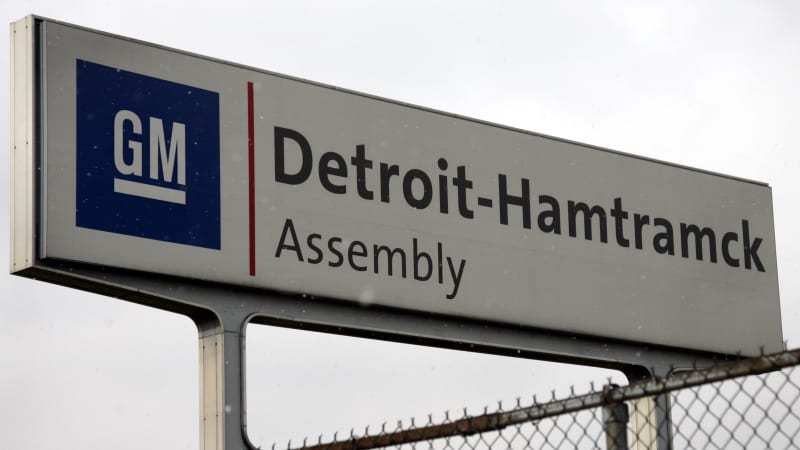 Electric off-roaders could revitalize the Detroit-Hamtramck factory that General Motors previously announced it will close. While official details remain shrouded in secrecy, analysts believe the plant will be re-tooled to manufacture at least three electric models due out during the early 2020s.

The plant's scheduled closure was one of the grievances the United Auto Workers (UAW) union cited when it embarked on a 40-day strike in September 2019. General Motors agreed to keep it open without shedding much light on what it planned to build there. Analyst at LMC Automotive told the The Detroit News they believe an often-rumored electric SUV that will resurrect Hummer's name, image, or both will be one of the models assigned to the Hamtramck plant. Battery-powered variants of the GMC Sierra and the Cadillac Escalade will be made there, too, as will an enigmatic van.

LMC Automotive's Jeff Schuster believes the van will come first; it could enter production as early as 2021. The Hummer — which might also be offered as a pickup — will follow before the end of 2022, while the Sierra and the Escalade will both arrive in 2023. We're taking this report with a grain of salt, though, because only one of the aforementioned models has been announced by General Motors.

Rumors of a Hummer resurrection emerged in the summer of 2019, just a few weeks before we heard unverified reports of a battery-powered variant of the next-generation Escalade. General Motors confirmed plans to enter the burgeoning electric pickup truck segment, which Ford, Rivian, and Tesla also have their sights on, but it hasn't detailed how or when. The van is a mystery.

General Motors refused to comment on the report. It previously announced it will keep Hamtramck open, and invest $3 billion to build electric vehicles there. The investment will create 2,225 jobs.

Inaugurated in February 1985, the Hamtramck factory has churned out a diverse selection of models over the past 34 years, including Cadillac's Eldorado, Seville, and Allanté, the Oldsmobile Toronado, the Buick Riviera, and more recently, gasoline-electric Chevrolet Volt. General Motors announced plans to close Hamtramck in 2018, but it quickly backpedaled and extended its lease on life until 2020 by keeping the Chevrolet Impala and the Cadillac CT6 around for a few additional months.

$1,961 - $4,109 Nat'l avg. savings off MSRP
See Local Pricing
I'm not in the market for a vehicle at this time. Please move this suggestion to the side for 30 days.
Huge Savings