We're sad to see it go 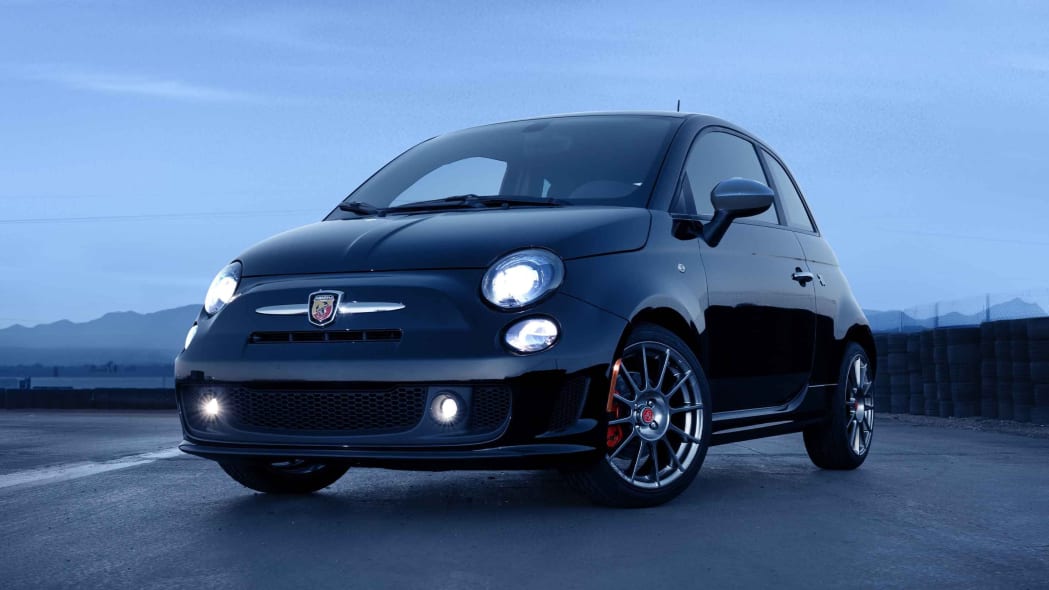 The market for tiny hot hatchbacks hatchbacks was always small in the United States, but it's getting even smaller. The Ford Fiesta ST has joined the dearly departed and soon to join it is the Fiat 500 Abarth, which Fiat has announced will go away along with its less caffeinated 500 siblings. Before it does, though, we got one more romp in the little monster and learned that, even with its age and rough edges, it’s still one of the most fun and charismatic machines you can get for the money.

You're reminded of it the second you twist the switchblade key. The little turbo 1.4-liter four-cylinder has a gnarly burble at idle that wouldn’t seem out of place in a muscle car. It only gets better when you start cruising around. The burble becomes a raging howl, and shifting right at redline results in a whiplike crack. It’s intoxicating.

The 500 Abarth is boisterous, but it’s not exactly fast. At 160 horsepower and 183 pound-feet of torque, most of its competition, such as the Veloster Turbo and Civic Si, feature at least 200 horsepower. The turbo isn’t especially fast to spool up, and the engine isn’t quick to rev either. But it’s peppy enough, and the slowly building boost comes on very smoothly. As such, it’s easy to manipulate what power the Abarth has. And the exhaust’s placebo effect is omnipresent. But make sure the car is in Sport mode. If it isn’t, the amount of boost is restricted, making the Abarth feel more like the normal 135-horsepower 500, and no amount of noise will distract you from that. 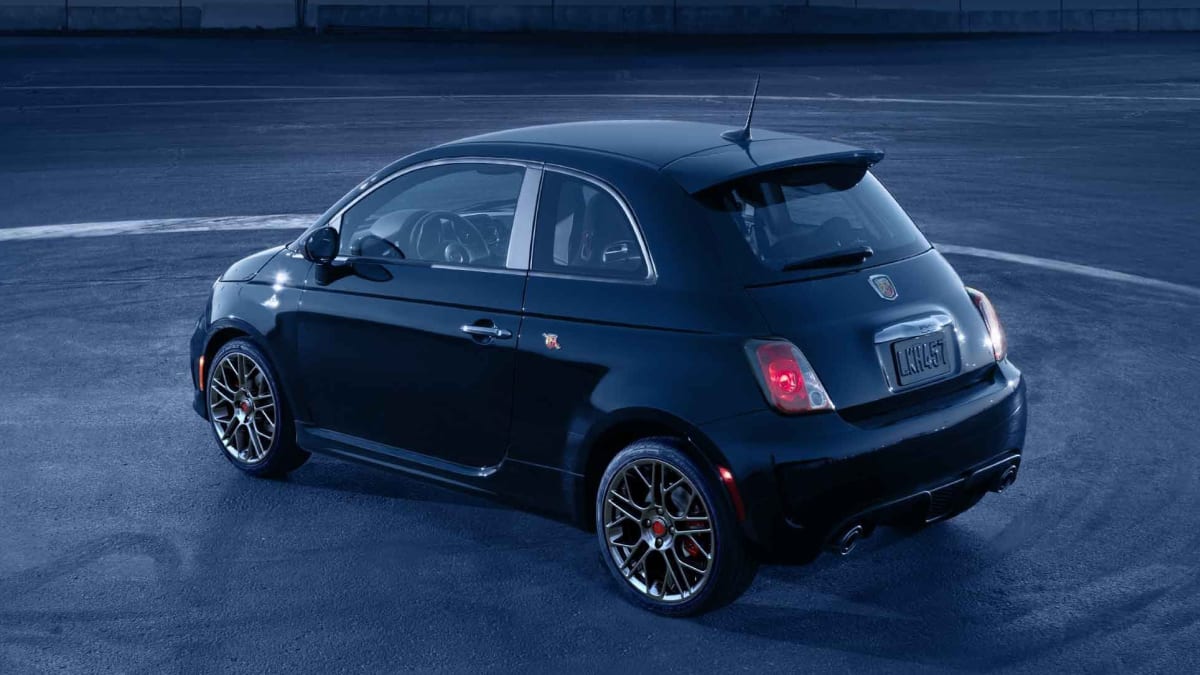 The tiny turbo engine can be paired with either a five-speed manual or six-speed automatic transmission. The manual is a pretty average unit. The shifter is well-placed, but the throws are long and ropey. The pedal position is excellent, making rev-matched downshifts easy. Only having five gears to choose from seems strange in this day and age, but the long-ish ratios work nicely with the slow, low-revving engine. And you don’t have to mess with the wriggly shifter too much.

The automatic’s six ratios feel like a good number, and each ratio is closely spaced, which helps keep the car in the power band. It shifts quite smoothly and fairly quickly, too, whether you’re in automatic or manual mode. The automatic even makes smart downshifts when slowing for corners. It’s a good unit that doesn’t detract from the experience. Curiously, the automatic model makes more torque at 183 pound-feet to the manual’s 170. The manual has a bit more power with 160 horses versus the automatic’s 157.

When hitting up corners, the Abarth is still good. Steering has lots of feel and is quick, but it requires little corrections frequently. It turns in eagerly and has plenty of grip. There isn’t much body roll, either. Its tiny size and light, tossable demeanor help give you a lot of confidence for hustling it around backroads. Going over bumps, the suspension is firm but not punishing. The bumps also reveal some flexing and occasional creaking that shows the Abarth’s age. 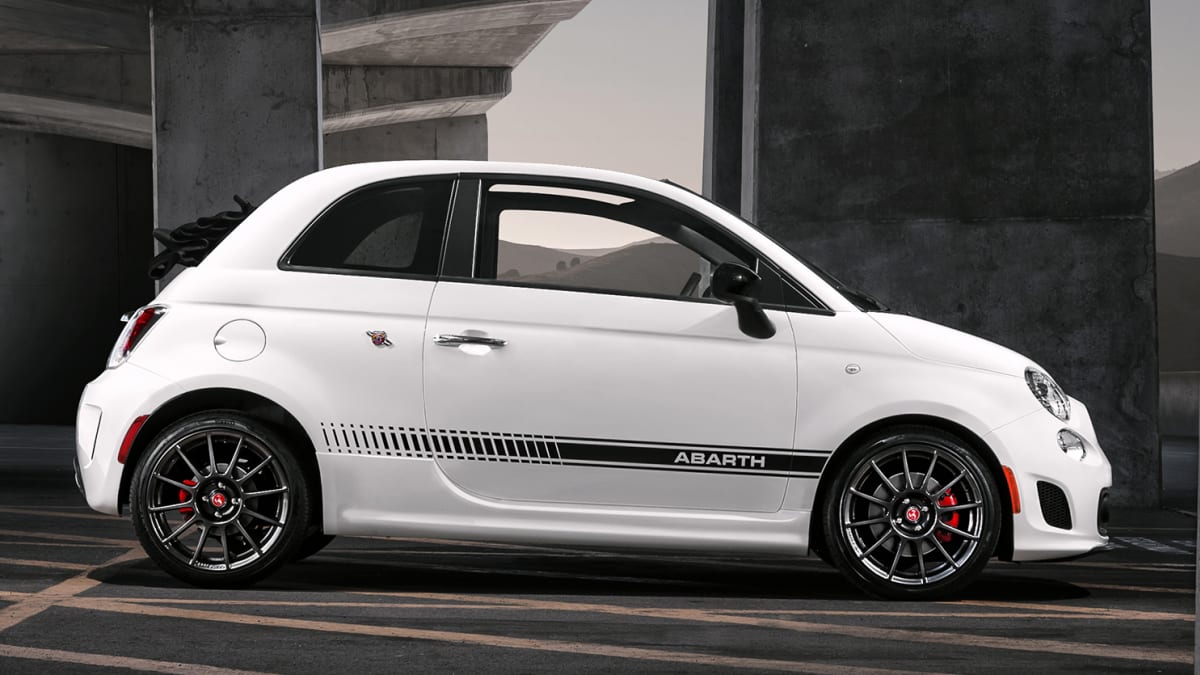 So too does styling that hasn’t really changed in the seven years the Abarth has been on sale in the United States. The bodywork is the same and that’s not a bad thing. The retro round shape is still adorable, but given more substance with its large lower grilles and wide stance. The car looks particularly menacing with black headlights, an option added a few years ago.

The interior is also nearly unchanged. Instead of monochromatic physical gauges, a screen has been shoved into the round instrument housing. The chunky boost gauge hangs off the side, still fully functional. Instead of the shift light older models had, the light in the center of the boost gauge indicates whether you’re in Sport mode. The painted dash panel is still attractive and classy, and it distracts you from the otherwise very low rent plastics. Those are most evident on the doors, which are vast panels of scratchy plastic. The cabin can be pretty noisy, too, on the highway. 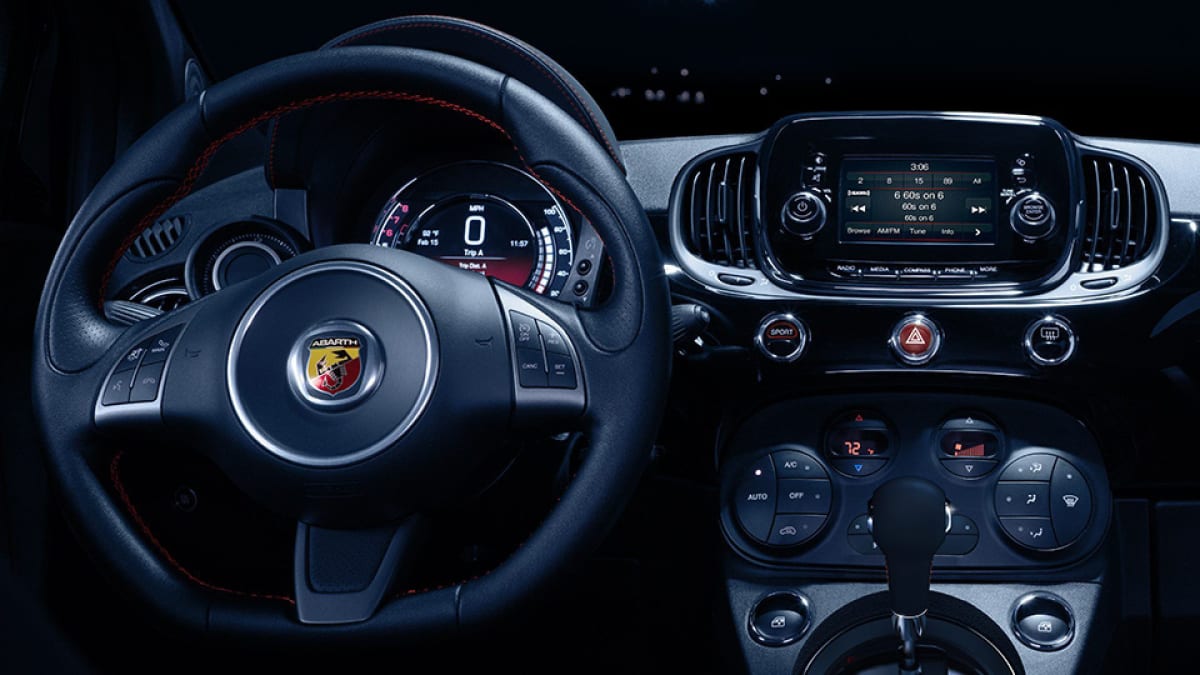 The seats look fine, though the cloth doesn’t feel great. There is a leather option if the cloth bothers you enough. Neither material changes the fact the seats have a severe lack of side bolstering, meaning you’ll be bracing yourself against the door and center stack in corners. Thankfully the car’s narrow width makes that pretty easy. Headroom is tight with a sunroof, but roomy with a solid roof or with the Cabrio’s softtop. It's nice that there are plenty of easy-to-reach physical buttons for climate controls and such, but with an infotainment touchscreen that maxes out at 5 inches, you're constantly reminded of the car's advanced age.

So, yes, it's obviously old and the competition is objectively better. But think of the 500 Abarth as the really tiny brother to the SRT Dodge Challengers and Chargers – a Hellmouse if you will. Like those equally aging performance machines, the Abarth's timeless styling and immense personality keep it a compelling choice for someone who values a unique experience. Or at least kept it a compelling choice. Once the supply of model year 2019 cars runs out in 2020, this silly little hatch won’t be an option. We’re going to miss it.