Audi Plug-In Hybrid First Drive Review | Q5, A7 and A8 are coming to America

Can't tell that they're plug-in hybrids? That's the point. 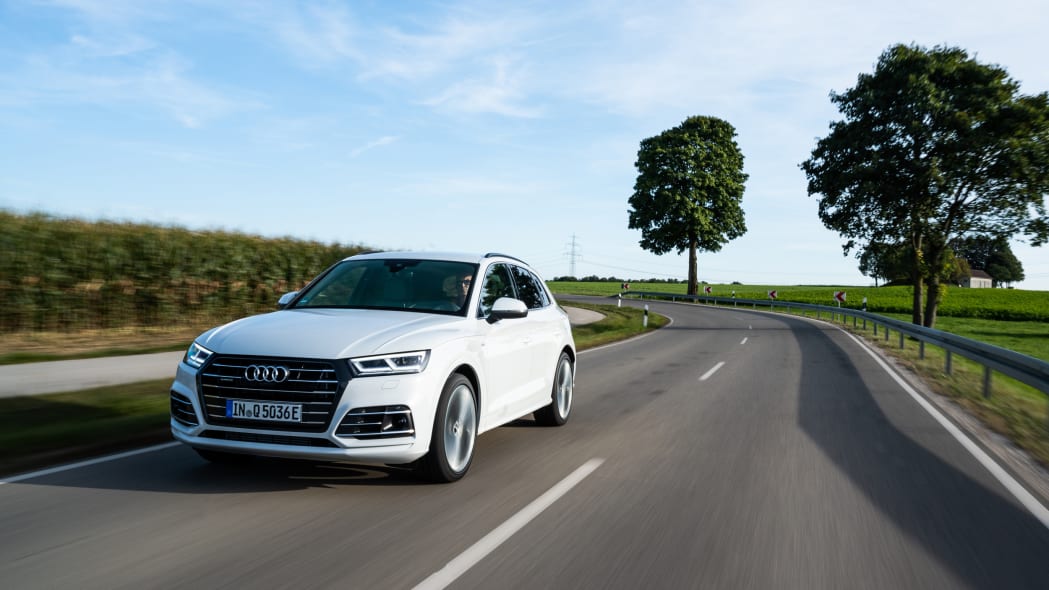 MUNICH, Germany – The E-Tron SUV has headlined Audi’s electrified offensive since its introduction in 2018, but its supporting acts are just as important in the company’s quest to offer cleaner cars. At least 10 of the 30-plus high-voltage nameplates Audi plans to release by 2025 will be hybrids, company boss Bram Schot confirmed. Many models are already available with 48-volt technology, including the A8 and RS 7, and a tide of plug-in hybrids will come in 2020 carrying a pledge to blend efficiency, power, and range.

Electromobility, not Oktoberfest, brought us to Munich in early October. Instead of learning beer garden etiquette, we discovered the new gasoline-electric powertrain will find its way into the A6, A7, A8 L and Q5 models, though Audi decided only to sell the last three in the United States. The company told Autoblog it doesn’t believe there is enough demand for four hybrids on our shores, and the A6 drew the short straw because it’s more firmly anchored to tradition than the technically similar but more stylish A7. The plug-in Q7 introduced earlier in 2019 also won’t be sold in the United States.

Recognizing the plug-ins from their non-electrified counterparts requires Sherlock Holmesian car-spotting chops. Even the official name of "TFSI e" is subtle. Really, it’s what’s inside that counts. Peeling off the body reveals Audi’s hybrids all use the same basic suite of electrification technology. Engineers sandwiched the electric motor between the engine and transmission, so there is still a mechanical link between the front and rear axles. The motor draws electricity from a 14.1-kilowatt-hour lithium-ion battery pack stuffed under the trunk floor. Cargo capacity inevitably takes a hit. How much exactly? Unfortunately, Audi didn't release the exact specs, but we can at least report the difference seems to be negligible (note the A8 trunk photo in the below gallery).

From here, the members of Audi’s Hybrid Team America fall into one of two categories. The A7 and the Q5 both primarily rely on a turbocharged, 2.0-liter four-cylinder engine that shifts through a seven-speed dual-clutch automatic transmission. The bigger, heavier A8 L needs the torque provided by a 3.0-liter V6 to move along at a brisk pace, and it uses an eight-speed traditional automatic. The Q5 and the A7 offer 362 horsepower and 369 pound-feet of torque; the long-bodied A8 ups those figures to 449 and 516, respectively. Quattro all-wheel drive comes standard across the board.

Designers were asked to create cars that feel like an Audi first, and a hybrid second. There are no skinny, aero-optimized alloys and no hybrid-specific trim embellishments. Even the charging port is integrated into the rear quarter panel rather than chiseled into the front fender, or hidden behind the four-ring emblem like it was on the A3 E-Tron. Audi’s vehicle development team received the same request for normalcy.

Three powertrain-specific driving modes called hybrid, EV and battery hold, respectively, let the driver direct the gasoline and electric sides of the orchestra. The last two are fairly simple. EV turns the engine off and powers the car on electricity, while battery hold does the opposite. Hybrid mode is the default configuration, and it’s one hell of a multi-tasker. It interprets a galaxy of data (including some aggregated by the navigation system, and some sent by the front-facing radar) to decide what each power source needs to be doing, and when.

Acceleration is quick. The A8 had no trouble reaching 130 mph on the few traffic-free, unrestricted parts of Germany’s Autobahn, and the Q5 proved a little bit quicker than a V6-powered SQ5 thanks to the electric boost that jolts the driveline. However, maximum efficiency is the name of the game here, and technology plays a significant role in helping the car win it. 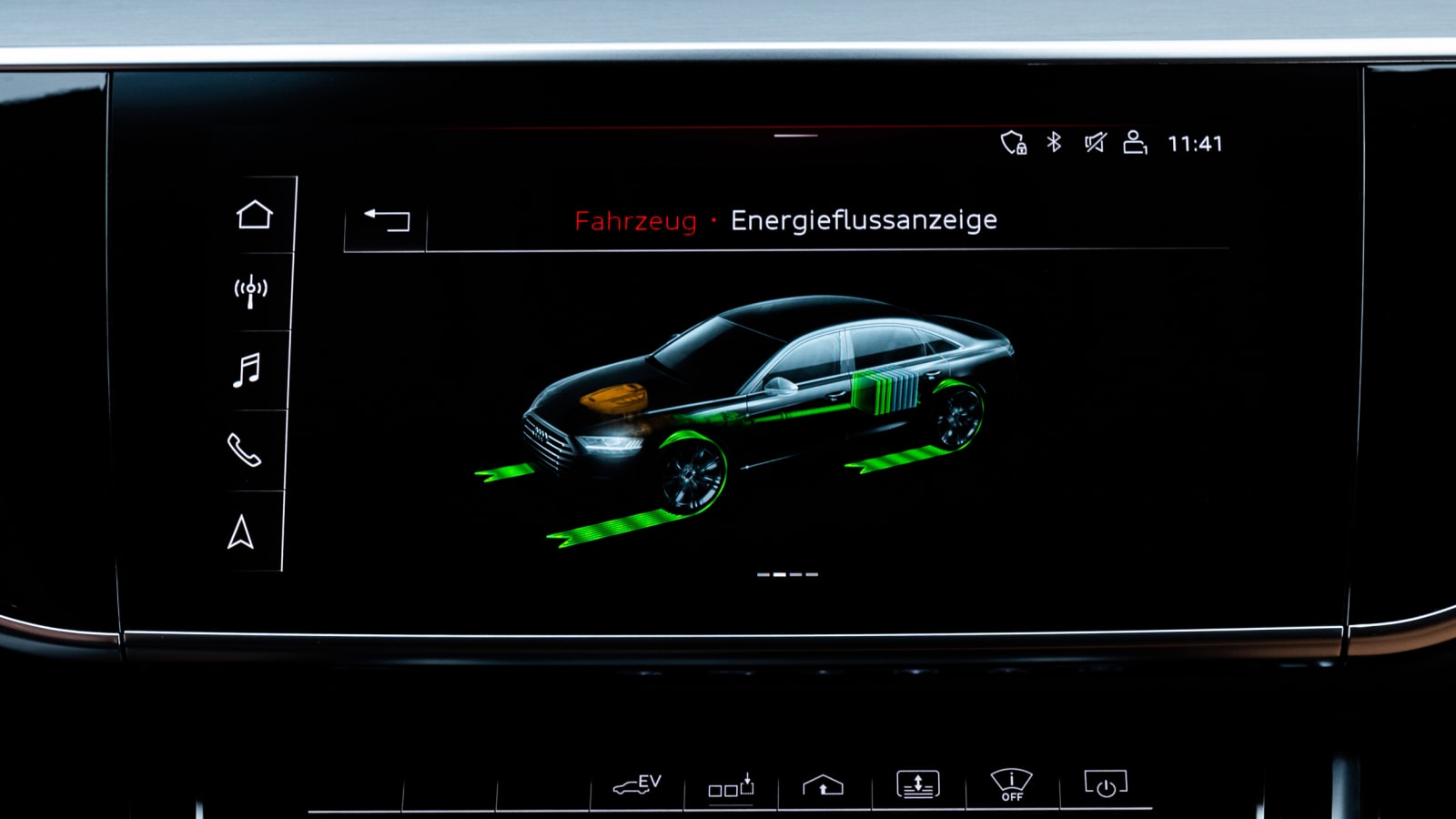 Motorists can summon a real-time, play-by-play analysis of the drivetrain’s moves with a few taps of the MMI Touch Response system’s touchscreen. The color-coded graphic is fascinating to look at, and it sheds light on what the various parts of the hybrid setup are doing at any given moment. If a picture is worth a thousand words, a diagram of how this tech functions is worth an inch-thick manual.

The powertrain always starts in electric mode, regardless of whether there are four or six cylinders under the hood. If your trip is relatively short, and if you don’t flatten the accelerator pedal, you might not hear the engine come to life. Official electric range figures aren’t available yet because the EPA hasn’t tested Audi’s hybrids yet, but expect a best-case scenario of a little more than 20 miles. If you drive further than that, if you need to go above 84 mph, or if you’re looking to channel your inner Michèle Mouton, the pistons will wake up to unlock a greater driving range, a higher top speed, and deliver the powertrain’s full output. The transition happens instantly and seamlessly. The engines are so quiet, and the engine bays so sound-proofed, that we didn’t notice a huge decibel gap between the modes, especially in the stately A8 L.

The driving experience is remarkably normal, but there is a lot of string-pulling going on behind the scenes. Dial a route into the navigation system, and the software calculates which parts of the trip can be driven with the engine off, which parts require both power sources, and where to recuperate energy. It knows where there are hills, corners, towns, roundabouts, traffic jams, and construction. It needs the driver’s help to achieve its quest for maximum efficiency, however. When approaching a traffic light or a town in the Bavarian countryside, the European-spec test cars we drove instructed us to coast via light taps felt through the accelerator pedal. Knock-knock. Who’s there? The pedal under your right foot!

It’s a feature that won’t be available in the United States, however. It sounds weird and superfluous, but it’s actually pretty clever. You also won’t be able to “one-pedal drive” in any of Audi’s plug-in hybrid models, as the regenerative braking isn’t as aggressive as it can be in various electric and plug-in hybrid cars. The pedal feels like a conventional unit linked to a master cylinder even when it’s not pushing brake fluid through a latticework of hard and soft lines. Audi says the lack of regen feel is intentional; whether it’s a missed opportunity is subjective. 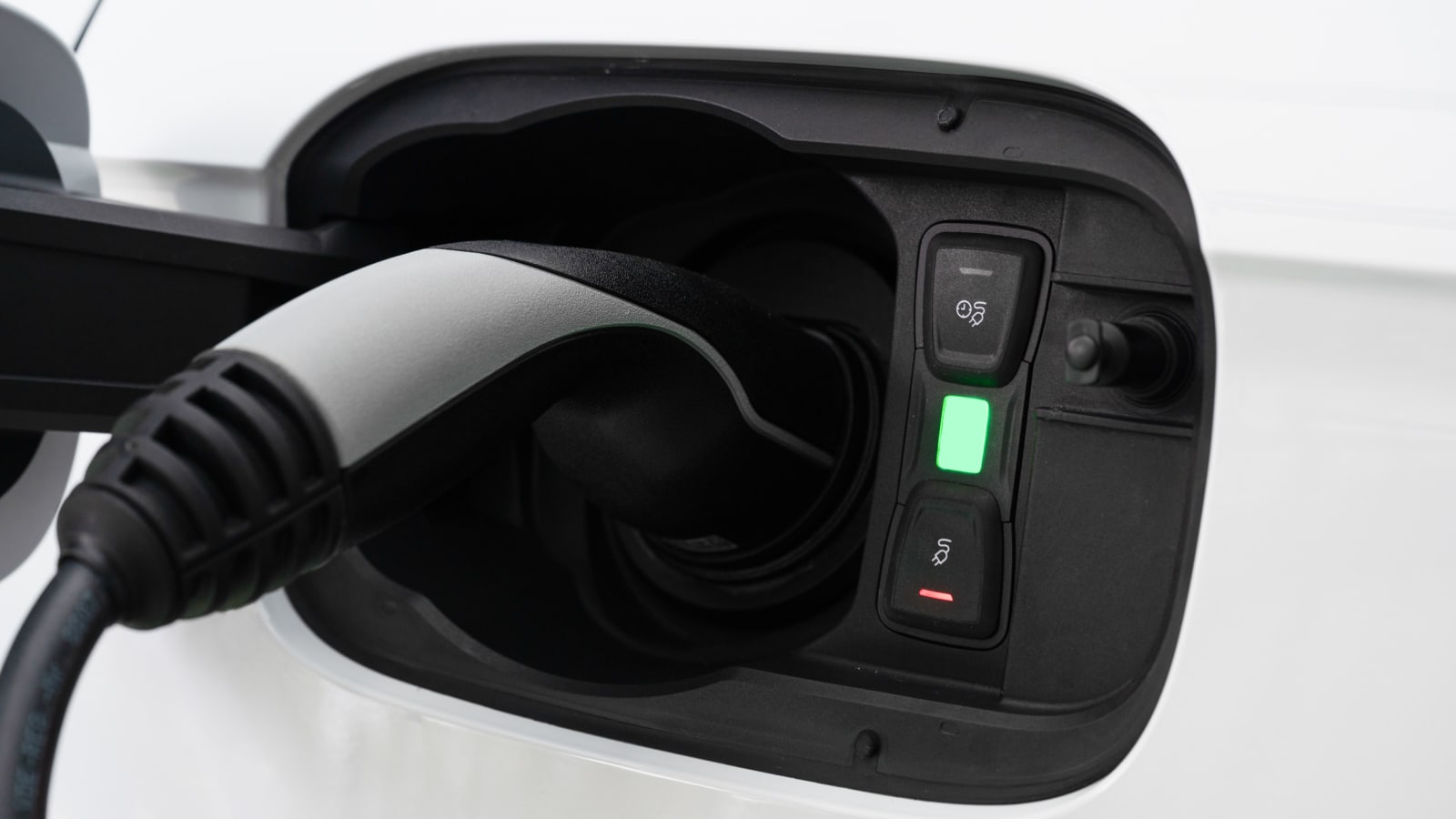 Charging is the one part of driving a plug-in hybrid that Audi couldn’t mask with technology. The company quotes a 2½-hour charging time when using a 7.7-kilowatt charger. Alternatively, reaching a 100% charge takes approximately 16.5 hours when drawing electricity from a regular, 120-volt outlet. That sounds like forever and a half, but it should let many motorists plug in when they get home and leave the next day with a full charge without buying and installing a wallbox. Those willing to invest in a home charger will be able to buy it and get it installed through Amazon.

Pricing information for the American market hasn’t been finalized yet. We know all three hybrids will qualify for as much as $6,712 in federal tax incentives, and additional local incentives in some states. While the A7 will enviably compete in a class of one, the Q5 and the A8 will need to fend off competition from the electrified variants of Mercedes-Benz’s GLC and S-Class. BMW doesn't have a plug-in hybrid to fight in the Q5's segment, but the gasoline-electric 7 Series is expected to return sooner rather than later.

Audi designed the hybrid variants of the Q5 and the A8 for motorists who like the idea of going hybrid, but don’t care much for the idea of driving or being seen in a hybrid. They’re for drivers who have no interest in flaunting their car’s greenness, which falls in line with the E-Tron’s approach to electrification. Ingolstadt rewards those who can live without the often showy, sometimes quirky side of green powertrains with comfortable, quiet luxury cars that hide a seriously potent electrified card up their sleeve.