The revised Macan combines poise and power, but features will cost you 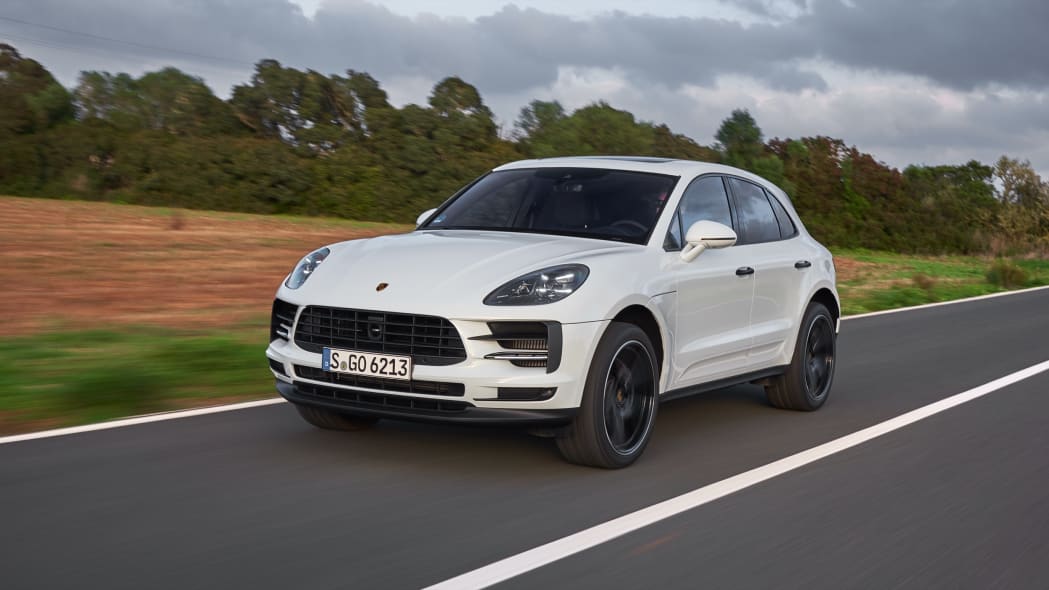 The 2019 Porsche Macan represents an update of the German luxury brand's bestseller. The changes go beyond a simple facelift, with Porsche tweaking chassis tuning, adding new wheels and better tires, improving brake feel and upgrading technology. In typical Porsche fashion, it has since begun its slow rollout of trims equipped with the new features. Recently, I had the opportunity to spend a long weekend with the new Macan S.

Equipped with the optional Porsche Active Suspension Management, the Macan's ride is downright excellent – smooth and quiet without being squishy or floaty. There’s no dive under braking, despite Porsche having retuned the brakes for more responsiveness in this generation. The true testament to the superior ride and body control came from my motion-sickness-prone wife, who took the opportunity to be my passenger on an extended excursion in the Macan S. After an hour or so of driving in traffic with everything kept in normal settings, she remarked how it was the least carsick she had felt as a passenger in years. The smoothness and lack of body roll in the Macan come so easily I didn’t even have to adjust my driving style to prevent an afternoon of nauseous misery, as I usually must on the rare occasion she rides shotgun.

Handling is also impressive, which is no small feat in a vehicle that weighs 4,239 pounds. Porsche won’t let a little bulk get in the way of an entertaining drive, which is demonstrated further in the even heavier Cayenne and the Taycan. The Macan responds quickly to steering inputs, and feels stable tracing a fast arc on a country road. The amount of heft feels appropriate whether you’re taking a sharp corner or changing lanes at highway speeds. It’s hard to catch the Macan off guard. For a utility vehicle, the Macan S does a capable impression of a sports car. To do otherwise would be a shame for something bearing the Porsche badge.

The engine is a little divisive, and there were some differences of opinion when discussing it among other Autoblog editors. Associate Editor Joel Stocksdale, for one, found the turbocharged 3.0-liter V6 to be somewhat uninspiring. For a Porsche engine, admittedly, it’s a little subdued, especially when it comes to the soundtrack, but I found it to feel amply powerful, and satisfyingly eager to respond to a bootful of accelerator. The figures are impressive: 348 horsepower, 354 pound-feet of torque, and a brisk, 4.9-second 0-60 sprint with the Sport Chrono Package. If you’re paying attention, it can feel as fast as it looks on paper, but the quiet calm with which the Macan accelerates can fool you into thinking you’re going slower than you are. 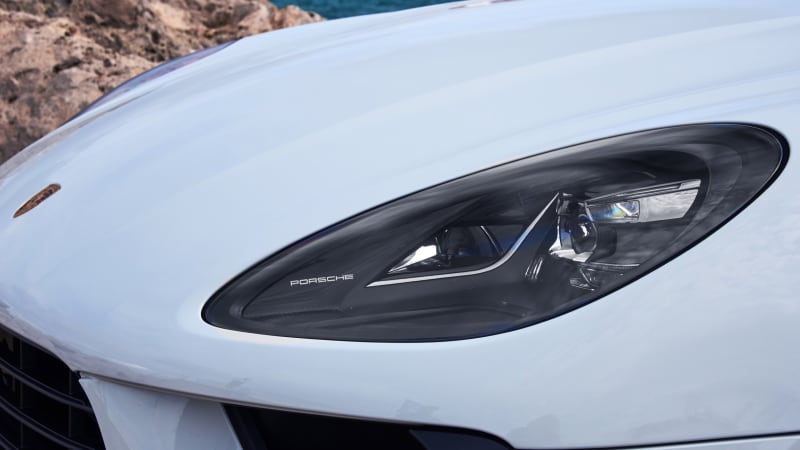 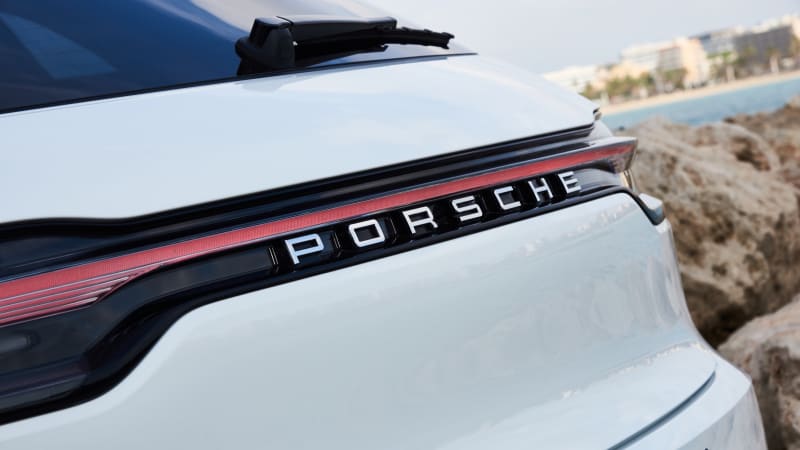 I preferred to keep the Macan S in sport mode in almost all driving duties, even during uneventful highway cruising (well, at least when my wife wasn’t a passenger). There was a feeling of freedom — of released tension — when turning the rotary mode selector from ‘O’ (normal) to ‘S’ (sport). It’s as though the mode switch causes the Macan to shed some pounds, when in reality the throttle gets more responsive and the transmission kicks down a gear. It's hard to tell when the engine is revving higher, as it doesn't do much to add to cabin noise, but the increased driving satisfaction cannot be denied. S+ takes that further, which I found to be impractically frenetic essentially everywhere. There’s also an Individual setting, but mine would have been identical to Sport.

Also part of the Sport Chrono package is the Sport Response feature, which is essentially a push-to-pass button that puts the vehicle into its sportiest settings for 20 seconds, or until you press the button again. I’ve used this feature in the 911 and Panamera, and have come to appreciate its usefulness rather than writing it off as some sort of party trick. When gaps in traffic coming from your left at an intersection are few and far between during your morning commute, the confidence to rip a left turn through the said rare gap with the push of a button and a boot of right pedal is a welcome inclusion.

The Macan S is interesting from a value perspective. It starts at an MSRP of $60,750 including the $1,250 in destination charge, which feels reasonable for a powerful crossover bearing the Porsche badge, especially when it’s actually this nice to drive. This tester was optioned up to $70,990. That cost included: 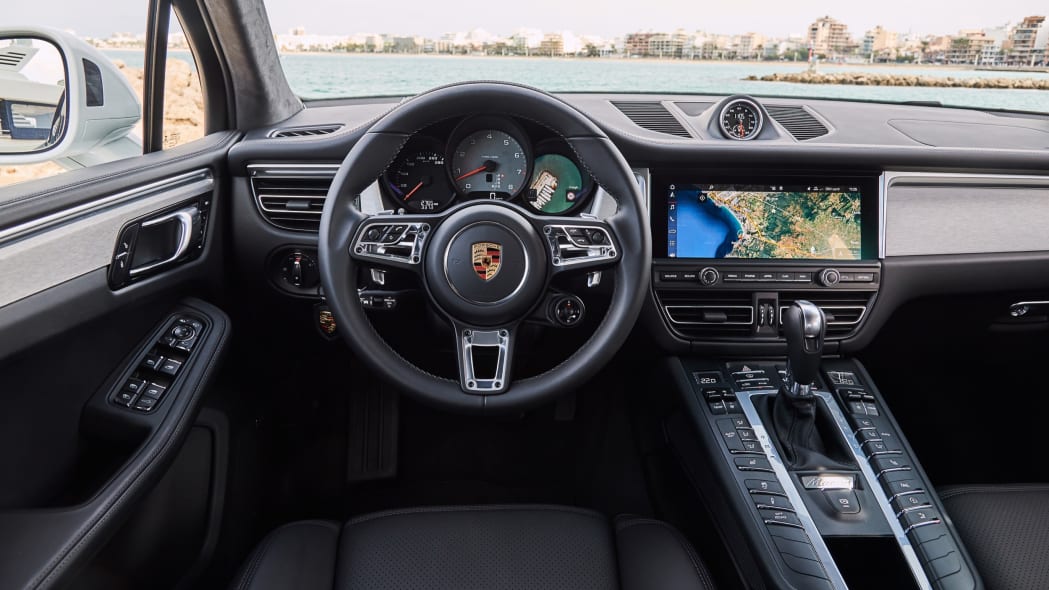 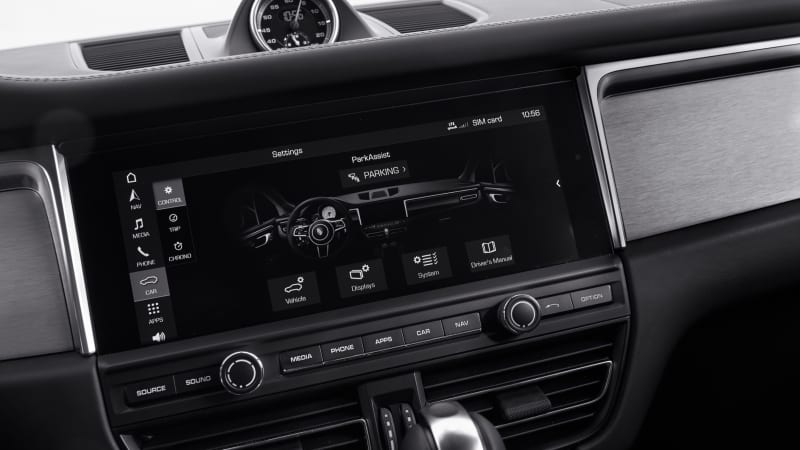 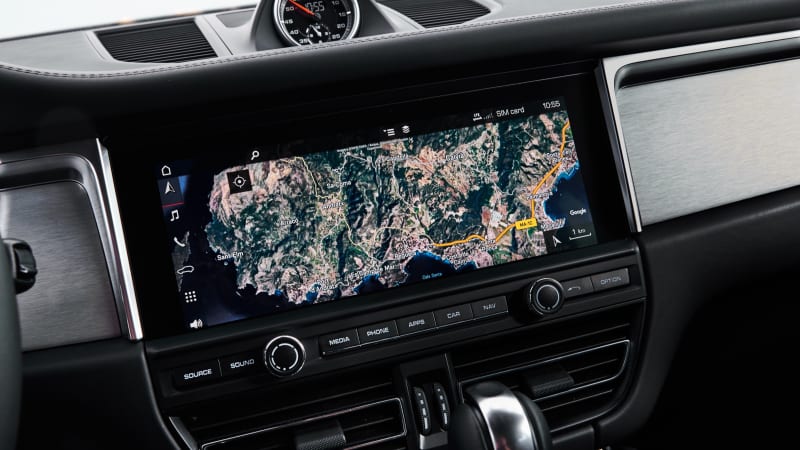 That higher sticker price still didn’t completely turn me off, until I started considering the number of features the car was still missing, which are far too many. At almost any price these days — except perhaps in near-fleet-spec pickups — it feels weird to have to put a key (or fob) into an ignition and turn it. In a luxury vehicle, it feels downright vulgar. It also doesn’t include seat position memory, a sunroof or adaptive cruise control. It does, however, come with a few of those dead buttons Porsche is known for, if that’s your thing.

All snark aside, and despite not being a feature-rich tester, the interior is accommodating to driver and passengers. The seats are comfortable, with a sporty seating position and plenty of support. On the other hand, in addition to those dead buttons, there are some plastics throughout the cabin that look a bit cheap under close inspection, which feels a little out of place in this otherwise luxurious-if-sporty cabin. The touchscreen infotainment system, which was updated and stretched to 10.9 inches for this mid-cycle refresh, offer crisp graphics and immediate response. The fact that the layout of the home screen is configurable is an added convenience to appreciate.

The Macan S is a crossover that not only looks and feels special, it’s fun to drive. And the Macan only gets more interesting from here. Porsche is introducing the new Macan Turbo, which borrows the 434-horsepower, twin-turbocharged 2.9-liter V6 from the Cayenne S. Even better (at least I think), Porsche has announced that the next generation of the Macan will be all-electric, using the Premium Platform Electric (PPE) vehicle architecture it shares with Audi. I honestly cannot wait for that. If you can’t either, you won’t be disappointed settling for this Macan S in the mean time. Just set aside a little (or a lot) of extra cash for options.